With China ramping up its defence capabilities, the newest addition in this feat is the J-20 ‘Mighty Dragon’ stealth fighter jet set which aims to outclass any competitors including India operated Rafale Jets and American F-35s.

A modified version of J-20 has formally entered mass production recently according to a report by SCMP. The chief designer of China’s first fifth-generation fighter jet said that it is expected to be developed by 2035.

“Amid great power competition and the commissioning of more and more fourth-generation fighter jets (or fifth generation under US classification, which includes China’s J-20, US’ F-22 and F-35), there have been extensive discussions on the changes in types of warfare, and the development of post-fourth generation fighter jets,” said Yang Wei of Aviation Industry Corporation of China (AVIC) and the Chief designer of J-20.

Yang added that in older generations of fighter jets, manoeuvrability used to be the deciding factor, but this concept is becoming outdated with the development of advanced medium-range air-to-air missiles with their beyond-visual-range attack capabilities. “a future fighter jet will generally require a longer combat range, longer endurance, stronger stealth capability, a larger load of air-to-air and air-to-surface weapons, and the functionality to provide its pilot with easy-to-understand battlefield situation images and predictions.” 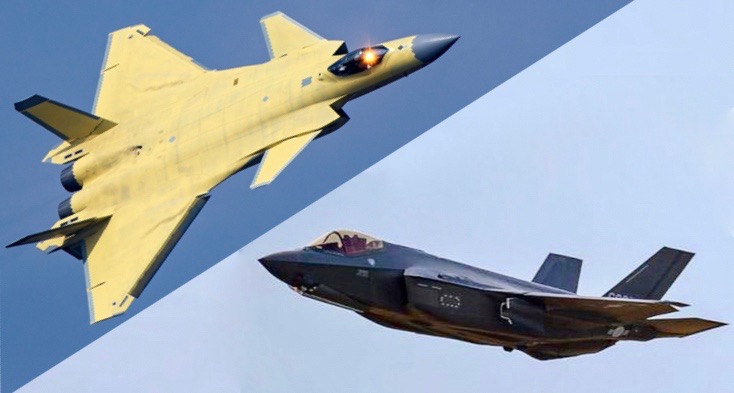 Experts believe that the specifications stated by Yang in the tabloid look similar to that of usually described for the F-35 including the autonomous computerized ability to gather, organize and present an array of otherwise disparate pools of information for pilots.

Yang’s vision defines China’s future of these fighter jets. According to him, a future fighter jet will generally require a longer combat range, longer endurance, stronger stealth capability, a larger load of air-to-air and air-to-surface weapons, and the functionality to provide its pilot with easy-to-understand battlefield situation images and predictions.

In an integrated system, the aircraft should be able to form a network, draw real-time integrated situational images, create multiple attack routes, and transmit target information across mission areas in real-time.

Kris Osborn, Defense Editor for the National Interest while citing a 2018 Pentagon news story about DoD’s annual China report, wrote that the apparent design similarities between the J-20 and the F-35 may be a result of espionage.

“A cursory look at the J-20 does appear to show some resemblance to the F-35, particularly the blended wing-body front end and internally built, conformal exhaust pipes. Meanwhile, the J-20 has a wider and longer lower-body. However, available photos show an even larger measure of similarity between the F-35 and Chinese J-31 multi-role fighter,” he added.

Indian experts state that the stealth characteristics of the J-20 are also under suspicion, citing an analysis by the Indian Air Force. The J-20 was hyped to be a highly stealthy aircraft and that it could conceal itself in operations and not be easily detected.

“Rafale is far superior to the J-20, the Chengdu fighter of China. Even though it’s marketed as a 5th generation jet, it is probably at best a 3.5 generation aircraft. It’s got a third-generation engine as we have in the Sukhoi,” said Air Marshal R Nambiar who tested the Rafale aircraft for India.

Each step in the original observe-orient-decide-act (OODA) loop in the air combat decision-making process will feature artificial intelligence’s assistance, Yang said. “Intelligence becoming the deciding factor” will be the essence of what Yang calls an OODA 3.0.