China has been trying to intimidate India with its fifth-generation, stealth, J-20 fighter jets with the indigenously produced warplanes shooting down 17 enemy jets during a simulation drill.

The J-20s, which are considered to be a generation higher than the 4.5-generation Dassault Rafales that India recently acquired from France this year, are reported to have downed 17 enemy planes during the war games while avoiding all return fire, claimed the Chinese state media – the Global Times.

According to a People’s Liberation Army Daily on Monday (September 14), a young Chinese pilot belonging to the Wang Hai Air Group under the PLA Eastern Theater Command, along with his teammates, downed the fighter jets in the war games.

The Wang Hai Air Group of the PLA is the first group that has switched on to using the J-20 fighter jets. They were first seen using the fighters in their real-combat scenario exercises back in January.

WHAT ARE SIMULATION DRILLS?

Military simulations or war games are simulated environments where the theories of warfare are tested in order to develop tactical and strategic solutions in order to maintain superiority in actual combat.

The flight simulators under military simulations are a device used to re-create fighter jets and realistic physical aspects of the actual aircraft cockpit, often with a full-motion platform. It is used for training pilots and to research the fighter jets’ characteristics and control handling qualities without actually having to get into a real aircraft. 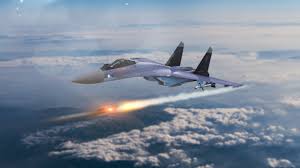 It replicates the equations governing the flight of a fighter jet, the applications of flight controls, the effects of other aircrafts systems, and how the jet reacts to external factors like air density, turbulence, wind shear, cloud, precipitation, etc.

While such simulations have been critiqued by many due to their approximate nature and for not being able to replicate the uncertainties in an actual war, they are still essential for militaries to test their fighter jets or military equipment with an aim to refine them and without actually having to undergo hostilities.

While military simulation enables pilots to carry out high-risk procedural tasks under a safe environment without dangerous implications, the simulations are not always able to completely re-create real-life situations.

Moreover, not all situations can be included in simulators and since there are no real consequences for mistakes by pilots, the trainees may end up under-performing or over-performing. This may lead to simulation results not matching the results of a real combat scenario where stakes are much higher and there may be a need for the pilot to cater for unforeseen circumstances.

HOW DID J-20 SHOOT DOWN RAFALE JETS?

J-20s are fifth-generation jets and unlike their French counterparts, boast of stealth technology, meaning that they can reduce the radar cross-section on the enemy aircraft’s radar to go undetected on it.

This could have been a way that the J-20s might have gained an advantage on the Rafales during the simulation drill before shooting them down.

While not a lot is known about China’s J-20s, one of the significant features of the J-20 is its Active Electronically Scanned Array (AESA) radar, considered to be one of the most advanced radar technologies in the world.

While even the Rafales are equipped with AESA, the J-20s AESA radar comes with a chin-mounted infrared or electric-optical detection system, which gives the J-20 pilot 360-degree coverage. Moreover, the J-20 is also capable of accessing real-time data from the satellites of the Chinese military, making the pilots change the course of action according to the requirements of the situation.

An expert talking to the Eurasian Times said that the Chinese military might have set the simulations in a way so as to equip the enemy aircraft with all the important strengths of the French Rafales, in order to create a real war-like combat experience for the J-20s.

But then again, these simulations cannot be trusted and will be very different from an aerial skirmish between a J-20 and Rafale jets. Even though the J-20s are marketed as fifth-generation, stealth jets their biggest deficiency is that they are not battle-proven like the French-origin Rafales.

WHAT DO EXPERTS SAY?

Chinese Military Aviation expert, Fu Qianshao, while speaking to the Global Times, a daily newspaper under the auspices of the Chinese Communist Party (CCP), said the overall capabilities of the J-20s make it superior to its previous generation Western counterparts.

If the speculation is true, the exercise once again demonstrated the overwhelming advantage the J-20 has over its previous generation counterparts. This is because of the J-20’s superior capabilities in fields including stealth, situational awareness, maneuverability, and weapons.”

Fu also highlighted how Beijing’s insistence on the current war games to be as close to real-life combat, might pay dividends in future conflicts. “China’s current training is real-combat oriented, and if the J-20 can score an overwhelming advantage in mock battles, it will do the same in real combat,”

However, Chinese experts have continued to suggest that the French Rafales are not in the same league as the stealth J-20s. “The Rafale is only a third-plus generation (or fourth-plus generation in Western classification) fighter jet, resulting in a generational gap with the J-20, and will find it very difficult to confront a stealth-capable fourth (fifth) generation fighter jet like the J-20.”

Overall, aviation experts believe that while the J-20s might have an edge over the French Rafales on paper, however, the Rafale jets are battle-prooven and considered one of the most potent warplanes in the world today. Despite all the capabilities, it is highly unlikely that China will actually field its J-20 jets against India and might prefer to deploy the Su-30MKKs or other J- series jets.