Amid escalating border tension between India and China, Congress MLA from Arunachal Pradesh Ninong Ering has claimed that five youths have been abducted by China’s People’s Liberation Army (PLA). 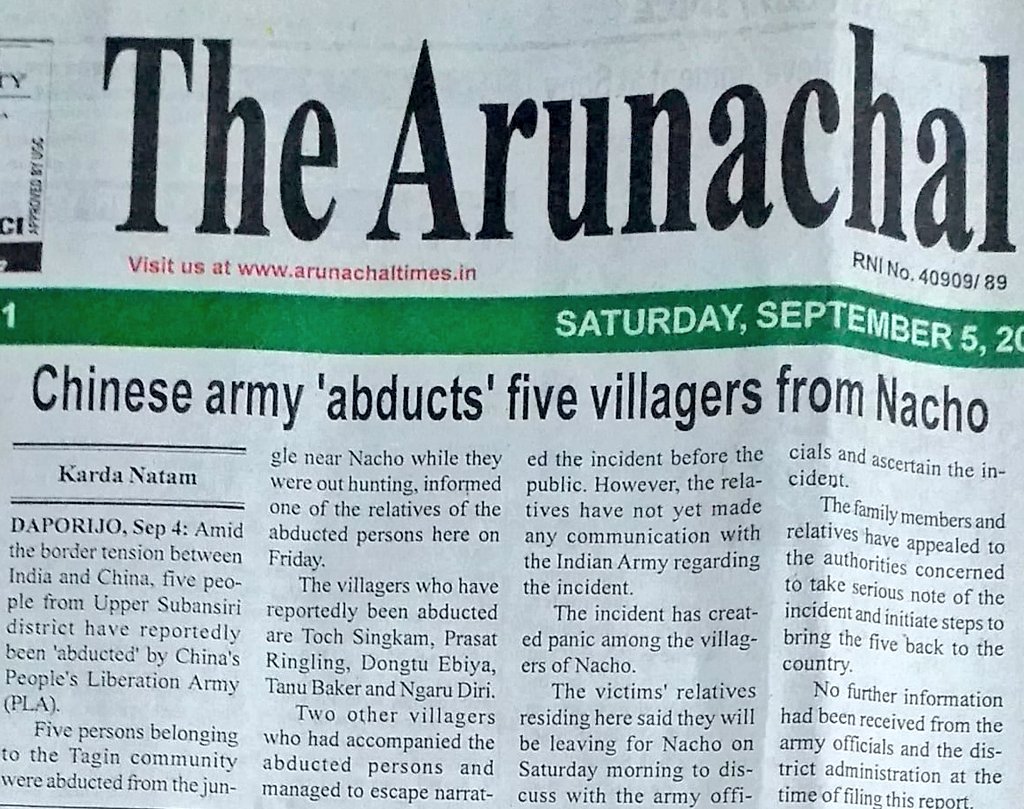 Ninong Ering also said that the five people had gone for fishing when they were abducted by the Chinese Army. The five people — identified as Tanu Bakar, Prasat Ringling, Ngaru Diri, Dongtu Ebiya, and Toch Singkam — have reportedly been abducted from Sera 7 area under Upper Subansiri district along the India-China border in Arunachal Pradesh.

According to local media reports, the incident occurred in a forested area near Nacho in Upper Subansiri district. The persons, Toch Singkam, Prasat Ringling, Dongtu Ebiya, Tanu Baker and Ngaru Diri – all of who belong to the Tagin community – had gone out for hunting which is a very common practice in the area. 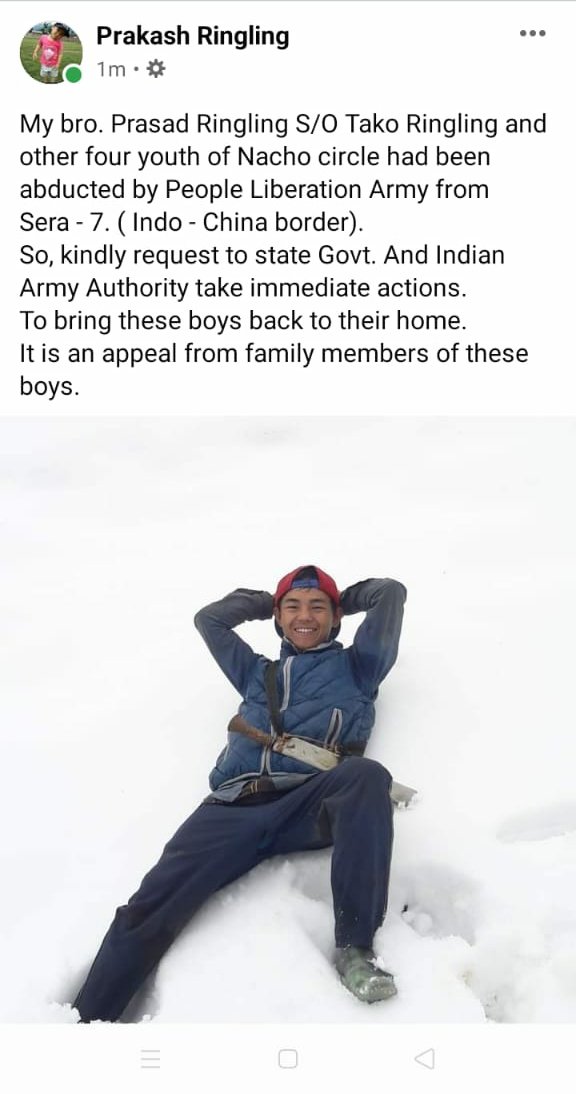 Two other villagers, who had managed to escape, narrated the incident before the public, a local newspaper reported quoting a relative of one of the abductees.

“The meeting between Raksha Mantri Shri @rajnathsingh and Chinese Defence Minister, General Wei Fenghe in Moscow is over. The meeting lasted for 2 hours and 20 minutes,” Singh’s office tweeted.

Previous article
US Encircling China; Invited To Develop Another Military Base In The Region
Next article
South Korea To Unveil Its Stealth Aircraft By 2021; Prices It Higher Than US’ F-35 Jets