The Indian space agency ISRO has recently conducted Collision Avoidance Maneuvers (CAMs) for one of its key assets. CAMs are aimed at preventing the risk of collision of satellites in orbit with spacecraft or other space debris.

The Chandrayaan-2 mission was launched by ISRO to explore the south pole of the moon. It was described as a highly-complex mission and was said to represent a large technological leap in comparison with the past missions conducted by ISRO, but it had its fair share of controversy as well.

This Chandrayaan-2 brought together an Orbiter, Lander and a Rover and is claimed by ISRO as a unique mission which “aims at studying not just one area of the moon but all the areas combining the exosphere, the surface as well as the sub-surface of the moon in a single mission”. 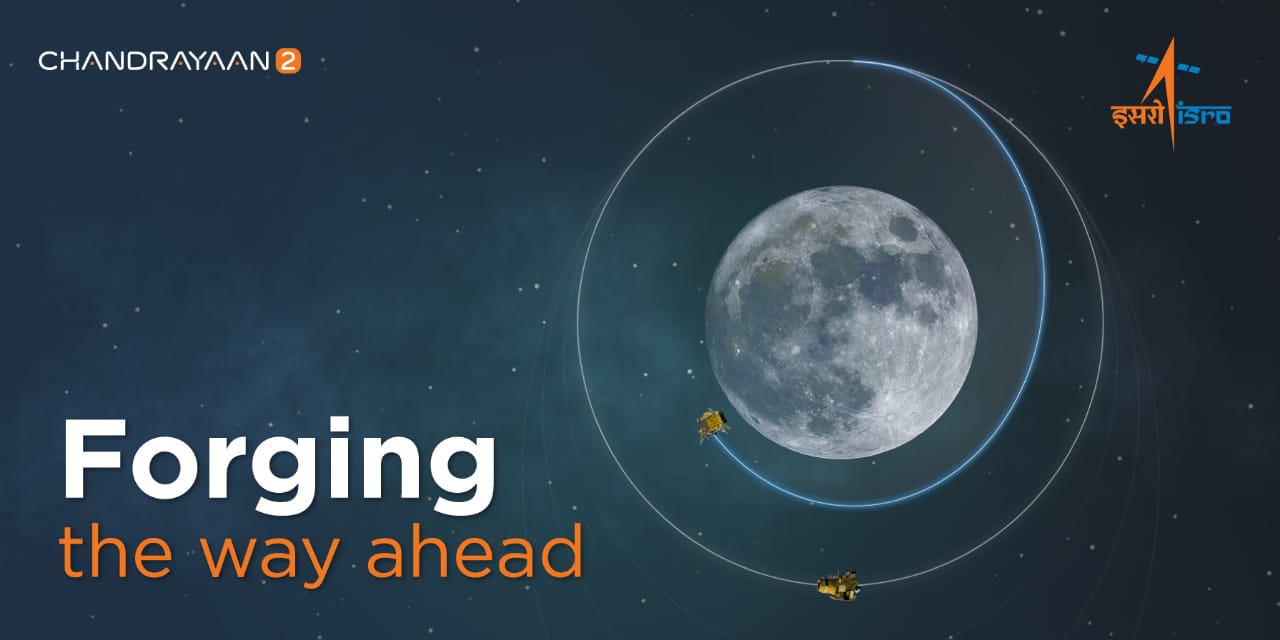 The mission involved the GSLV Mk-III, India’s most powerful rocket; an orbiter for observing the lunar surface and passing communication between Earth, and the Vikram Lander.

The Chandrayaan-2 was successfully inserted into the lunar orbit on August 20, 2019. On September 2, 2019, the Vikram Lander was separated from the Orbiter to prepare for its landing. But it deviated from its trajectory and crash-landed on the moon’s surface on September 6, 2019. The good news is that Chandrayaan-2 Orbiter is working fine.

The Lunar Reconnaissance Orbiter (LRO) was a robotic mission set out by space agency NASA for mapping the Moon’s surface as well as for fulfilling a unique set of science objectives.

Observations made by the LRO have paved the way for numerous groundbreaking discoveries as it captured a new picture of the moon showing it as a dynamic and complex body.

The LRO and the Lunar Crater Observation and Sensing Satellite (LCROSS) were launched on an Atlas V rocket on June 18, 2009.

The first three years of the LRO were spent in a low polar orbit for collecting detailed information about the moon and its environment.

After this initial orbit, the LRO then transitioned to a stable elliptical orbit and passed low over the lunar south pole. “With a suite of seven powerful instruments, LRO has collected a treasure trove of data, making an invaluable contribution to our knowledge about the moon”, NASA claims.

According to ISRO, the Chandrayaan-2 Lunar Orbiter recently performed a CAM to avert the risk of passing very close to NASA’s LRO.

Since both lunar orbiters had the same motive of studying the moon from a polar orbit, which means that they are both flying in a way that both north and south poles are covered, the two orbiters come very close to each other at the lunar poles.

In the recent incident, the calculations done by both ISRO and NASA showed that the radial operation between the spacecraft is going to be less than 100 meters and the closest approach distance is going to be 3 km, at a certain time, WION reported.

This close approach was predicted to occur on October 20 at 11:15 AM IST, near the Lunar North Pole. Thus, both space agencies mutually agreed to the decision that the Indian Orbiter would perform a Collision Avoidance Maneuver.

“A very close conjunction between Chandrayaan-2 Orbiter (CH2O) and Lunar Reconnaissance Orbiter (LRO) of NASA was expected to occur on 20 Oct 2021 at 05:45 UTC (11:15 am IST) near the Lunar North pole. Over a span of one week prior to the conjunction, analyses by both ISRO and JPL/NASA consistently showed that the radial separation between the two spacecraft would be less than 100 m and the closest approach distance would be only about 3 km at the aforementioned time of closest approach”, a statement by ISRO said.

“The maneuver was scheduled for 18th October 2021. It was designed to ensure a sufficiently large radial separation at the next closest conjunction between the two spacecraft.

The CAM was executed nominally at 14:52 UTC (8:22 pm IST), on October 18th”, ISRO added. The Indian space agency also added that calculations done on the new orbit ensure that no new close passes will occur in the near future.

ISRO also said that it is a common feature for satellites in space to under CAM to avoid collision with other spacecraft or even space debris. Such critical close approaches are closely observed by ISRO and it executes CAMs for its operational satellites whenever the risk of a potential collision is there.

However, ISRO said that this was the first time when such critically-close conjunction was experienced by one of ISRO’s own space exploration missions.

The agency also added that this incident highlights the importance of continuous assessment of close approach situations for both lunar and Martian missions.

It also said that effective and successful mitigation of close approach risks requires close coordination and synergy among all space agencies, Times of India reported.