Indian Air Force (AIF) pilot Abhinandan Varthaman is back in the news and his moustache is trending again. An Indian opposition party’s parliamentarian, called for his moustache to be declared the ‘national moustache’. 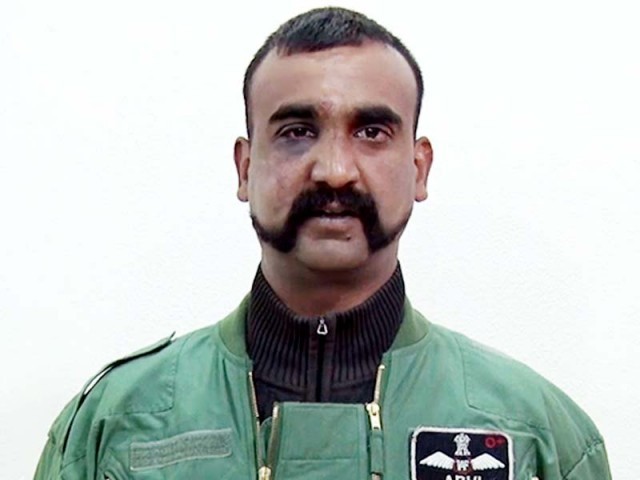 On February 27, the IAF pilot was captured after Pakistan Air Force (PAF) aircraft shot down an Indian jet while attacking terror camps in Pakistan.

“Wing Commander Abhinandan Varthaman should be awarded and his moustache should be made ‘national moustache’,” Adhir Ranjan Chowdhury, leader of the Congress party in the lower house of parliament, said on Monday.

According to Indian media reports, the opposition party’s leader argued that the pilot should be given a national honour. Pakistan ‘as a goodwill gesture’  handed over the captured pilot to Indian authorities at Wagah border on March 1.

Tensions escalated between Islamabad and New Delhi after the February 14 suicide attack in which a young man rammed an explosives-laden car into an Indian paramilitary convoy, killing over 40 personnel in Pulwama district. Following the Pulwama incident, the Indian Air Force violated Pakistani airspace near the Line of Control (LoC) and were chased away by PAF jets on February 26.