Did Iran Really Shoot-Down US Plane That Was Carrying Top CIA Official Who Planned The Murder Of Qassem Soleimani?

In January, a United States military plane said to be carrying a top CIA official allegedly crashed in a snowy mountainous region of Afghanistan. However, his whereabouts still remain a mystery as the US intelligence agency has refused to divulge any details on the matter. Michael D’Andrea, head of the CIA’s Iran Mission Center, was reported to be onboard the E-11A communications jet, after it was allegedly shot down by the Taliban on the morning of January 27, 2020.

D’Andrea was a key figure in the search for Osama bin Laden, as well as the drone strike campaign, which killed thousands of Islamist militants and hundreds of civilians.

He was appointed as the head of the agency’s Iran Mission Center in 2017. The decision was seen as the first major sign of the Trump administration’s strict policy against Iran.

As per speculations made by several reports, D’Andrea’s body, along with top-secret CIA documents, was recovered by the militants from the crash site in Deh Yak district, Ghazni province, an area with a strong Taliban presence.

According to Taliban spokesman Zabiullah Mujahid, “The plane, which was on an intelligence mission, was brought down in Sado Khel area of Deh Yak district of Ghazni province,”

These reports were soon rubbished by US forces’ Afghanistan spokesman Col. Sonny Leggett  “While the cause of the crash is under investigation, there are no indications the crash was caused by enemy fire,” he said.

“The Taliban claims that additional aircraft have crashed are false.”

While media reports suggested that the CIA official was indeed on the aircraft, the Pentagon denied them by saying there were only two Air Force officers on the plane.

However, none of the official statements mentioned that they were the only passengers on the aircraft. To date, the CIA has refused to comment on whether D’Andrea was present on the plane alongside any other CIA officials.

Post the crash, the US and Afghan forces had faced a combination of bad weather and Taliban gunfire, which resulted in them reaching the site after more than a day. 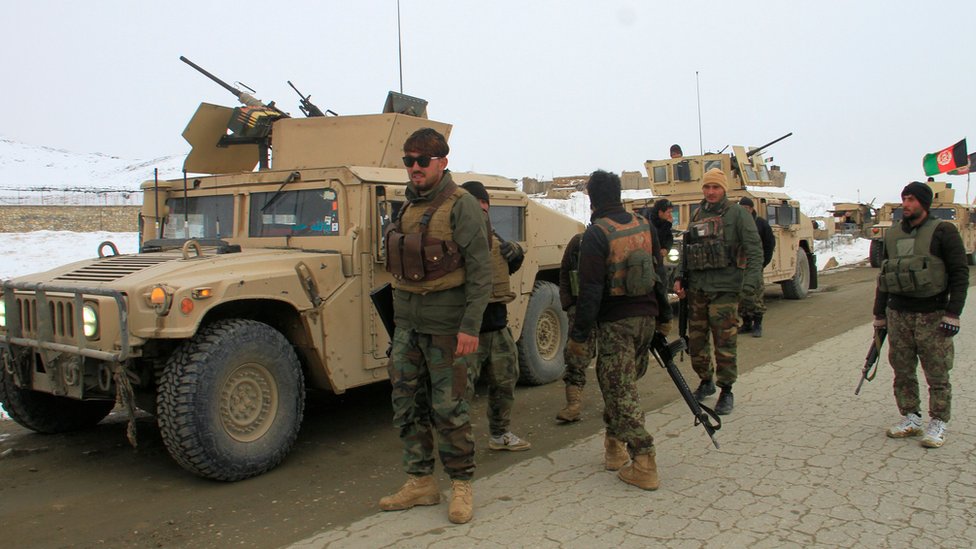 A day later, the Pentagon released the names of the two US Air Force personnel on board the jet – Lt. Col. Paul K. Voss belonging to Guam and Capt. Ryan S. Phaneuf of New Hampshire.

According to Kimberly Dozier, writing for the Time, two of D’Andrea’s colleagues have been left frustrated by the CIA’s stance of being tight-lipped on the matter.

She says, “The CIA’s reticence has frustrated some of D’Andrea’s colleagues, who say it’s ‘business as usual’ for the senior official. If someone as senior as D’Andrea was killed, he’d likely be buried with full honors in Arlington Cemetery, within 24 hours of his demise because he’s an observant Muslim.”

So far, the CIA has chosen to neither confirm nor deny whether any of their personnel were on board the crashed plane, and the status looks to be the same in the near future with no inputs from other US intelligence agencies.

However, according to a report published on the website of IFP News, the crash has been linked with the US’ assassination of Iranian Commander Qassem Soleimani. The Iranian top commander was killed in a US drone strike outside Baghdad airport on January 03, 2020.

According to reports, D’Andrea was responsible for Soleimani’s assassination. Hossein Salami, chief commander of the Islamic Revolution Guards Corps (IRGC), said, “None of the American military commanders would be safe in any part of the world if the US administration continues to threaten the Iranian commanders”.