Having brokered the historic normalisation accord between the United Arab Emirates (UAE) and Israel, US President Donald Trump has been nominated for the Nobel Peace Prize 2021.

Should the prestigious honour, if awarded, be presented to Trump’s Senior Advisor and son-in-law Jared Kushner, who was the chief architect of the landmark peace deal, which is the first in 26 years between the two nations.

September 15th marked the historic day when under Trump’s officiation, Israel and the Gulf nations signed the historic “Abraham Accords” at the White House in Washington to normalise relations, creating a major shift of power in the Middle East and an end to a decades-old taboo in Arab diplomacy.

The deal is touted to bring significant breakthrough in diplomatic relations between the two nations – Israel and UAE, with the Trump looking to win brownie points ahead of the November 3 Presidential elections.

Soon after, Trump was nominated for the prestigious peace prize by Christian Tybring-Gjedde, a Norwegian parliamentarian to the North Atlantic Treaty Organization (NATO) Parliamentary Assembly.

“It is for his contribution for peace between Israel and the UAE. It is a unique deal.” said Christian Tybring-Gjedde while speaking to Reuters.

While Trump, who has already nominated for the prize earlier for his diplomatic efforts with North Korea, has said that he will never get the honour. However, the nomination should instead go to Kushner, who was put in charge for the role of brokering peace between the Middle East at the outset of the Trump administration.

The 39-year-old Kushner, despite not being a diplomat or an expert in the region, had been intensely engaged in the Middle East for years and eventually managed to overturn the difficult policy which was inherited by the Trump administration in the face of many critics.

One of the first and significant steps undertaken by Kushner was his contribution towards overseeing the first commercial flight from Israel to the UAE.

Kushner was on board The El Al airliner along with a delegation of Israeli and US officials during the three-hour trip. Normally blocked to Israel air traffic, the flight was allowed to cross Saudi Arabian airspace. 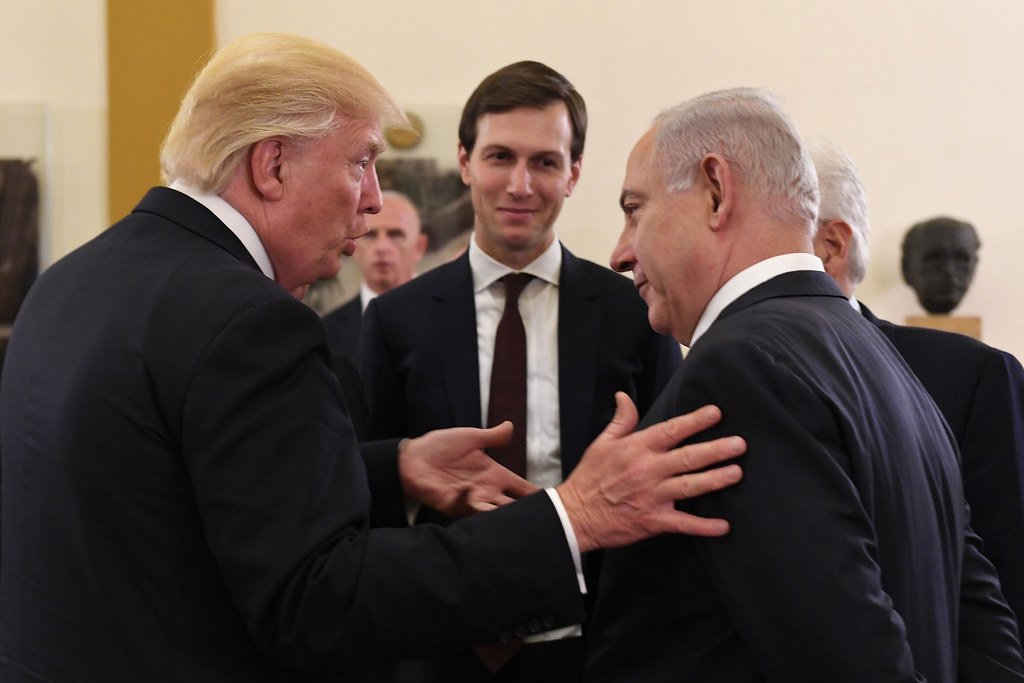 Under Kushner’s mediation, the two nations had also opened direct telephone services for the first time in their history.  According to BBC, Kushner had led secret talks leading to the agreement between Israel and the UAE, a federation of seven Arab monarchies in the Gulf, including Dubai.

Kushner had said – “What happened here was, three great leaders came together and they started writing a new script for the Middle East. They said the future doesn’t have to be predetermined by the past.”

Ibrahim Shukralla, an Emirati journalist, while writing a column for Gulf News, said – “Alongside the will and courage of the leaders of the UAE and Israel to achieve what they have already achieved; you definitely need people like Kushner when you are trying to broker the first peace treaty for an Arab state with Israel in 26 years.”

“His ability to understand, give and take, turn old foes into brand-new friends, and embark on missions to resolve, what many previous American leaders and top officials could not, are evident through many outcomes, lately in his role in Israel’s peace accords with the UAE and Bahrain.”

While Kushner has faced his fair share of critics, especially at the back of stating to have read “25 books on the Middle East Peace”, his constant involvement along with dialogues with a host of nations in the region, seems to have come to fruition.

As published in a Turkish publication, Daily Sabah, despite the Palestinian problem far from being solved, Kushner was able to shape the outcomes in his favour.

“With the involvement of Jared Kushner, Trump’s Mideast envoy and senior adviser who also happens to be his son-in-law, the whole issue shape-shifted incredibly fast. No more Palestinians, no more Israeli withdrawal from any occupied lands and no peace agreement were in sight. Kushner’s magic wand turned “peace” into “normalization” and the U.S. into a signatory.” according to an editorial in Daily Sabah.

As it turns out, Kushner has also been praised by American rapper Kanye West, who has been supportive of the Trump administration in the past and is also launching his own Presidential campaign.

Kanye took to Twitter to praise Kushner post the signing of the historic peace accords. He tweeted –     “Jared Kushner will have done more for peace in the Middle East than anyone in 30 years,”

Jared Kushner will have done more for peace in the Middle East than anyone in 30 years https://t.co/bzoediTLTG

Moreover, Kushner has an important stand when it comes to Saudi Arabia and shares a strong connection with the Saudi crown prince, Mohammed bin Salman (MBS).

MBS, who is the heir to the Saudi Throne, shares similar views on Iranian expansion as the United States and sees it as a big threat to the stability of the entire region, views which are also echoed by his father.

Stating that Iran exploited the 2015 nuclear deal with world powers, Salman said Iran wants to “to intensify its expansionist activities, create its terrorist networks, and use terrorism,” and added that the country has caused nothing but “chaos, extremism, and sectarianism”. “A comprehensive solution and a firm international position are required,” said Salman.

According to two sources, Salman’s views have been greatly influenced by Kushner who has shared good relations with the Prince throughout his turbulent three years as the kingdom’s effective leader.

According to a Saudi source – “Kushner was just as transactional as his father-in-law (President Trump).” “He was all about user pays; if you back a cause, or a person, they need to have your back. It was a language MBS understood and he wasted little time applying it to new Saudi positions on Palestine and Lebanon, both of which had become a never-ending burden.”