There might be a possibility that future global conflicts including between India and China could be fought with Star Wars-type weapons like “lasers” or “blasters”, as New Delhi looks to begin developments on Directed Energy Weapons (DEWs) to stand an upper ground in future warfare.

India’s premier R&D agency, the Defence Research and Development Organisation (DRDO) announced earlier this month that it is planning a national programme to develop DEWs in the form of high-energy lasers and high-powered microwaves.

The two types of DEWs are anti-personnel as they can cause excessive burning of an area in the body and cause blindness. They are also anti-material as they possess the ability to destroy missiles, ships, UAVs and fries circuitry of equipment deployed on a battlefield.

Considered as a key factor in future contactless warfare, the potential applications of the technology would be possessing weapons which could target enemy fighter jets, personnel, vehicles, missiles and optical devices. 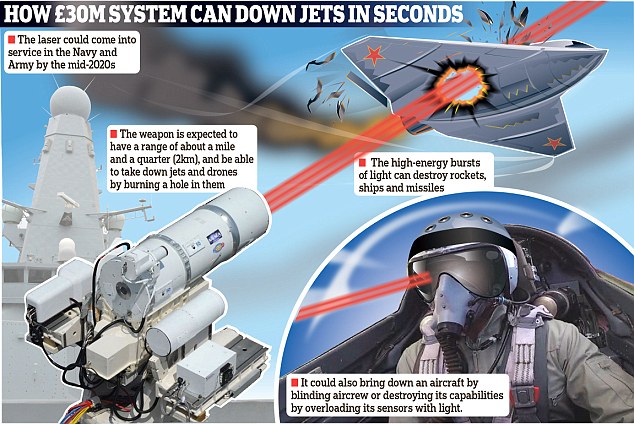 He said – “DEWs are extremely important today. The world is moving towards them. In the country too, we are doing a lot of experiments. We have been working in this area for the past three to four years to develop 10-kW and 20-kW (weapons).”

According to news reports, the national programme under DRDO will comprise short, medium and long-term goals aiming to develop different variants of DEW with up to 100-kilowatt power.  However, the reports stated that the development will see the organisation collaborate with the nation’s domestic private sector.

One of the key reasons behind India’s decision to channelize efforts towards the development of DEWs is India’s current standing as a seismic zone for potential conflicts, as it finds itself sandwiched between “Iron Brothers” China and Pakistan.

Its deteriorating ties especially with Beijing ever since the Galwan Valley clash which resulted in a series of military confrontations have led experts to realize the need for more potent weapons to keep the Chinese at bay.

However, according to Rajeswari Pillai Rajagopalan, India’s efforts on the DEW programme has only been a response to China’s development of DEW technologies. “Beijing’s growing military power, including in space, cyber and electronic warfare domains, can inflict significant damage on its adversaries, including India. China is also developing DEW technologies. Indeed, India is probably developing its own DEWs as a response.” said Rajagopalan, while writing a piece for The Diplomat

Several DEW projects have been underway by DRDO, which range from ‘chemical oxygen-iodine’ and ‘high-power fibre’ lasers to a secretive ‘Kali’ particle-beam weapon for ‘soft-kills’ against incoming missiles and aircraft, however, none of them are close to being operational.

But one promising sign has been DRDO’s development of two anti-drone DEW systems, which have been successfully demonstrated to intelligence, defence and police officials.

According to officials, both of them are capable of bringing down micro drones by either jamming their command and control links or damaging their electronics through the laser-based DEW. They are now being productionised in large numbers with the help of the industry.

According to the technological roadmap of the nation’s defence forces for the next decade, the Indian Army and the Indian Air Force (IAF) need at least 20 ‘tactical high-energy laser systems’ which are capable of destroying ‘small aerial targets’, electronic warfare and radars systems at a range of 6-8 km under Phase-I.

Whereas under Phase-II, the laser systems should possess the ability to take down ‘soft-skinned’ vehicles and troops from the ground and aerial platforms, while boasting a range of over 20 kilometres.

While India is amongst the countries investing in the development of the technology alongside China, Russia, Israel and the North African region, it is still far behind the United States, who are the current leading developers of DEWs.

The Pentagon has reportedly doubled its spending on the technology from $535 million in the fiscal year 2017 to $1.1 billion in 2019.

Captain Nurettin Sevi, of the Turkish Navy, who works as a defence analyst at GlobalData, says DEWs could be a game-changer in modern warfare and could be the factor in proving superiority over the other in the future.

“They have immense potential to be a game-changer in the near future, as well as revolutionary in the long term. However, armed forces and defence industries still need to address some technical challenges when developing these cutting-edge weapons. For example, laser weapons effectiveness decreases because of atmospheric absorption, scattering, turbulence and thermal blooming.”

Developing combat-capable DEWs will be a crucial differentiator between military forces in the 2020s.” said Sevi.

Previous article
Turkey, Pakistan Vow Full Support To Azerbaijan Against Armenia; US, Iran Call For De-Escalation
Next article
Three Regions Where India Is Silently ‘Choking’ China & A Furious Beijing Has No Answer?