US company Fortem Technologies recently showcased its famed product – the SkyDome System at the biennial Dubai Airshow. The SkyDome System 3.7  assumes significance in the context of the rising drone attack threats, especially in the Middle-East region.

SkyDome is an end-to-end system. It comprises several elements that can be operated separately or as part of an integrated approach. The newest variant on display- SkyDome 3.7- boasts the highest range for safely obstructing an autonomous UAV threat that could potentially enter protected civilian areas.

The platform has been designed to safeguard soft targets such as non-military ones with the addition of the latest, sophisticated artificial intelligence algorithms. Fortem claims that the SkyDome is able to detect low-flying targets and neutralize them from operational ranges that were previously considered unprecedented. 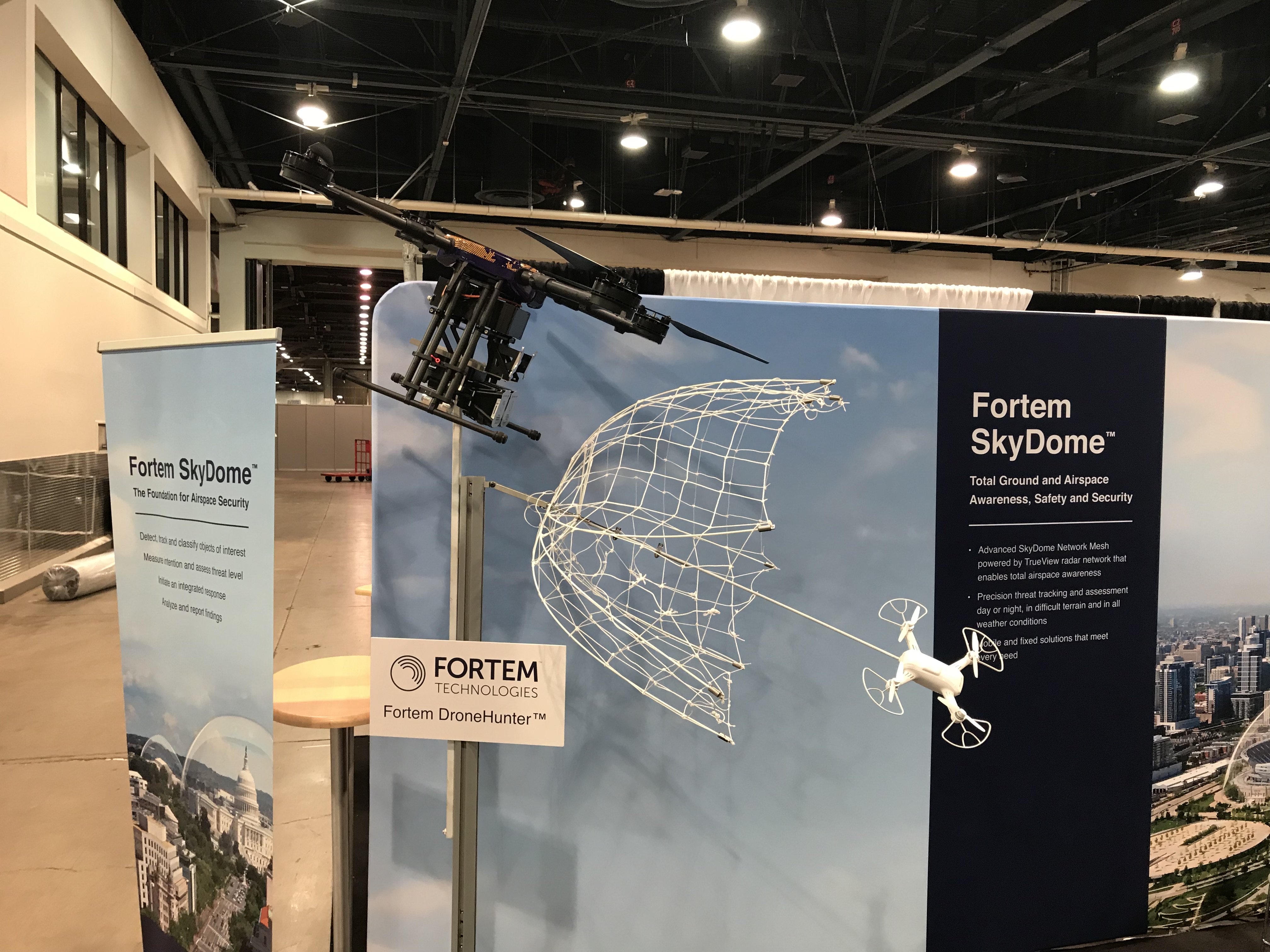 The SkyDome’s TrueView radar uses artificial intelligence (AI) on the edge tech to track drones. It has been touted as being able to detect, acquire, classify, and target UAVs in even the most densely populated urban environments.

Defense industry watchers have opined that the SkyDome could potentially fortify cities in the Gulf region against unmanned aerial threats. Back in 2020, Fortem had told Janes that the company emphasized an interception approach to deterring UAS threats.

“The SkyDome System naturally evolves to safely defeat larger and multiple targets where other systems are limited by cost, size, power, range, safety, or single drone targeting. This 3.7 update is an example of that natural evolution where updates are added to a fundamentally disruptive autonomous architecture to create real, viable, ongoing solutions to the evolving drone threat,” Geospatial World quoted Timothy Bean, CEO of Fortem Technologies, as saying.

At the airshow, there was a focus on SkyDome’s radar, software, and camera.

The SkyDome comes with a ‘DroneHunter’ feature which bolsters the platform’s operational capabilities. It can independently pursue and tow away menacing or malicious drones that pose an imminent threat with no collateral damage. The system has reportedly even surpassed its closest competitors, boasting over three times their range.

Another important aspect of the system is the SkyDome Manager. This uses an adaptable AI software to fuse Fortem’s TrueView radar with its high-definition cameras, along with other sensor inputs to provide autonomous three-dimensional monitoring capabilities.

The SkyDome 3.7 system will deploy long-range cameras with 88X zoom, which is a lot more than the 30X zoom used by most counter-drone mechanisms. Due to its camera, the system boasts the ability to ensure that threats are accurately identified from a safe distance.

It may be poignant to note that as the Middle-Eastern countries are working on developing air traffic control systems for UAVs, the development of the SkyDome may bolster this effort since the system possesses state-of-the-art algorithms and filters designed to acquire and target drone threats with pinpoint accuracy.

The Edge Management System (EMS) is another important component of the SkyDome. EMS is an environmentally hardened edge computing, communications, and power distribution system.

Communication for integrated sensors from Fortem and partner providers is encrypted. Even in the older version of SkyDome, there were efficient power and temperature control systems, along with industrial-rated network support systems.

Additionally, the system integrates encrypted radios, a cable management system, and surge protectors with other electronic safety equipment. The specialty of the 3.7 system update still remains its ability to function in high clutter environments due to the advanced algorithms, though.

Previous articleJapanese PM Warns Of Pre-Emptive Strikes Against Enemy Bases Amid China, North Korea Tensions
Next articleUK To Deploy ‘Future Soldiers’ As It Plans To Expand Military Footprint Across The Globe