Originally designed for the US Marine Corps’ Marine Air-Ground Task Force (MGTF) Unmanned Aerial System (UAS) (or MUX) program, the autonomous tiltrotor is required to fit in the same space as an MH-60R, while the company explores and tests cheek, internal weapons bay, belly, or wing pylon missile options.

Having brought down its weight from 13,607 kilograms to 12,700 kgs by primarily reducing the excess fuel capacity for the MUX program, the 247 is expected to greatly enhance a frigate or a destroyer’s maritime and land strike capabilities, with the autonomous operation allowing greater flexibility in loiter time and endurance.

A model of the V-247 dedicated for Anti-Submarine Warfare (ASW) sporting a side-mounted sonobuoy launching array was also displayed.

Both the US Navy and US Marine Corps are fixated on establishing new and more-advanced autonomous shipboard unmanned capability. Bell’s V-280 Valor, which demonstrated a level of an autonomous flight late in its development, and Sikorsky’s Defiant X compound coaxial helicopter are potential options for a manned version of VFL-MS (Future Vertical Lift Maritime Strike), as well. 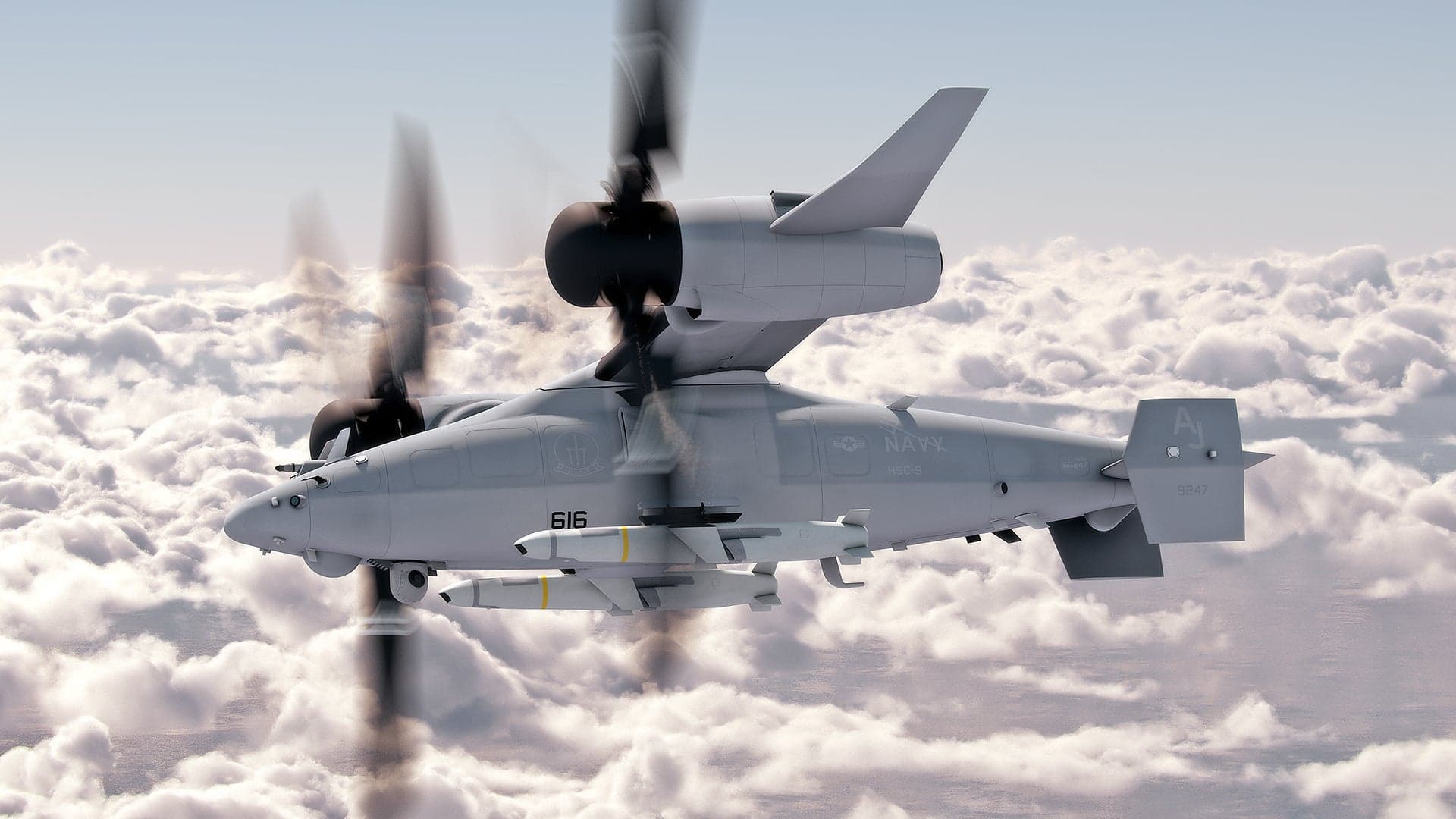 A Long-Range Strike And Cargo Transport

The original MUX program for which the V-247 was designed was scrapped by the USMC in March 2020, when it realized that a large UAV taking off from amphibious ships performing a multitude of tasks and configurations would rather be broken down into a family of UAVs – a very large land-based aerial vehicle and a medium-sized one for shipborne operations.

The MUX program was meant to be a Group 5 UAS/UAV, the largest of the categories with the highest altitude and greatest endurance.

The UAV was also to be a long-range strike and cargo transport with capabilities similar to the Bell Boeing MV-22 and Lockheed Martin F-35. That meant a range of more than 690nm (1,280km/h) and flight endurance of more than 24 hours.

With the F-35B Joint Strike Fighter being introduced at the time, the major gap between a carrier air wing’s capabilities and what the Marines were missing was an airborne early warning capability. The Navy’s E-2D Advanced Hawkeye could not always be requisitioned for Marine amphibious operations.

But industry representatives began warning how the USMC was expecting too many roles out of a single aircraft, which would also involve minimal logistics and transport capability.

With the VFL-MS program, the existing V-247 already has some of the capabilities, with the autonomous system simultaneously handling both the complicated mechanics of tilt-rotor control while releasing fires being the defining feature.