The RuMoD (Russian Ministry of Defense) has released a video of a Su-30SM that scored a kill during swing role operations over the Donetsk region on October 22, 2022. 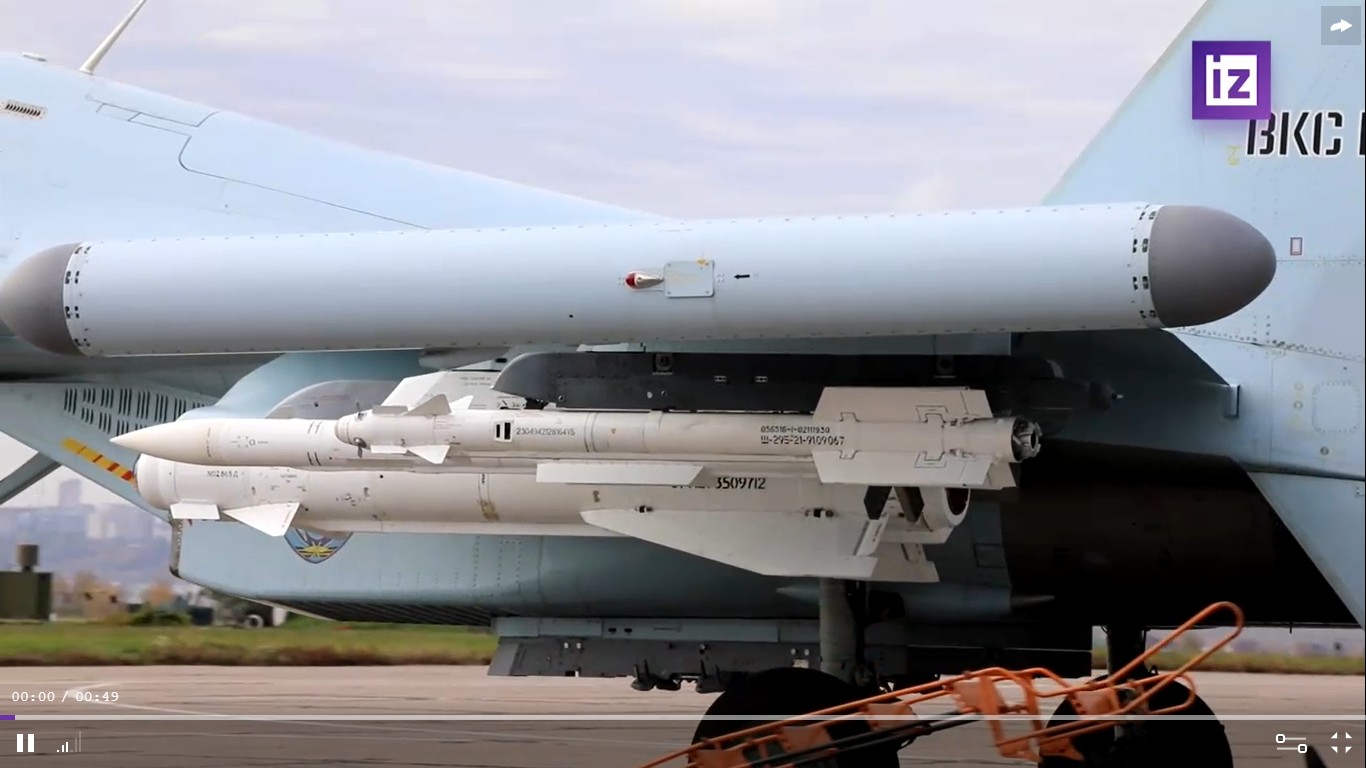 In swing role configuration, a fighter has the weapons and the software to execute air-to-air and air-to-ground attacks during the same mission. Typically, such a fighter must have a powerful engine to engage in air combat without jettisoning its ground attack payload.

The enemy radar receiver then reads these jamming signals as true and cannot accurately determine the distance to a target nor the parameters of its movement.

The system can generate dummy targets difficult for the adversary radar to distinguish from the real targets. The signals are radio portraits of various targets.

The missile features a 320-kilogram warhead and is propelled by a single-mode solid-fuel rocket engine making its impact devastating. It’s hard to tell which missile variant was used for the mission.

Initial footage of the video shows the Su-30SM operating at low altitudes and performing tight maneuvers in keeping with the flight profile required to launch a short-range (10-30 kilometers) missile like the Kh-29 on a visually acquired target.

In the later part of the video, the Su-30SM is seen at high altitude launching a medium-range air-to-air missile which would have to be an RVV-SD. According to RuMoD, the missile brought down a Ukrainian aircraft of unspecified type.

The RVV-SD has a max range of 110 kilometers. It features active radar terminal homing, but during mid-course, it relies on inertial navigation with mid-course updates from the launching fighter. The video shows the pilot tracking the missile for some time following launch and then breaking away when the missile achieves an independent terminal lock.

According to Izvestia, during the mission, the pilots discovered an air target and destroyed the aircraft of the Armed Forces of Ukraine.

The report says the crews of the Su-30SM fighters set up a combat patrol to cover other attack aircraft and army aviation helicopters striking military facilities and equipment of the Armed Forces of Ukraine.

The IAF has a large inventory of the export variant of the RVV-SD that goes by the nomenclature RVV-AE. The RVV-AE uses some non-Russian components and has a shorter range of around 80 kilometers.

The last big order placed by the IAF was in June 2019 for 400 missiles. Given India’s close defense relations with Russia, it is possible that the RVV-SD variant, too, has been supplied to India.

The Su-30SM is the Russian variant of the IAF’s Su-30MKI. Unlike the IAF fighter, which features Israeli & French avionics, the Russian fighter is equipped exclusively with Russian avionics.