The F-35B fighter jet has been specially designed by the aerospace giant Lockheed Martin for the United States Marine Corps (USMC). Other than the USMC, the UK Royal Navy, Italian Air Force use this fifth-generation aircraft, according to the company website.

The US Marine Corps currently has around 80 F-35B jets in service, divided into five squadrons, and plans to purchase a total of 353 jets of this variant. Japan, another US ally, has ordered 42 F-35Bs as part of its overall procurement of F-35 variants worth $23 Billion including munitions.

Recently, a second US Marine Corps squadron in Japan announced that its F-35B jets are ready for combat operations, less than a year after commencing the process of transitioning to the powerful stealth aircraft.

The 1st Marine Aircraft Wing declared that Marine Fighter Attack Squadron 242 achieved initial operational capability, 10 months after moving away from F/A-18D Hornet. Under the 2019 Marine Corps Aviation Plan, the squadron is slated to receive a full complement of 16 F-35Bs by 2023.

What Makes F-35B So Formidable?

The F-35B is a short takeoff and vertical landing (STOVL) stealth fighter jet. It was designated the BK-1 prior to its commissioning and was developed under the aegis of the low-rate initial production (LRIP) 3.

The Critical Design Review (CDR) of the F-35B took place in 2006 and was made STOVL capable in December 2007 following which it was evaluated for the same from 2009 until it took its maiden flight in April 2012. 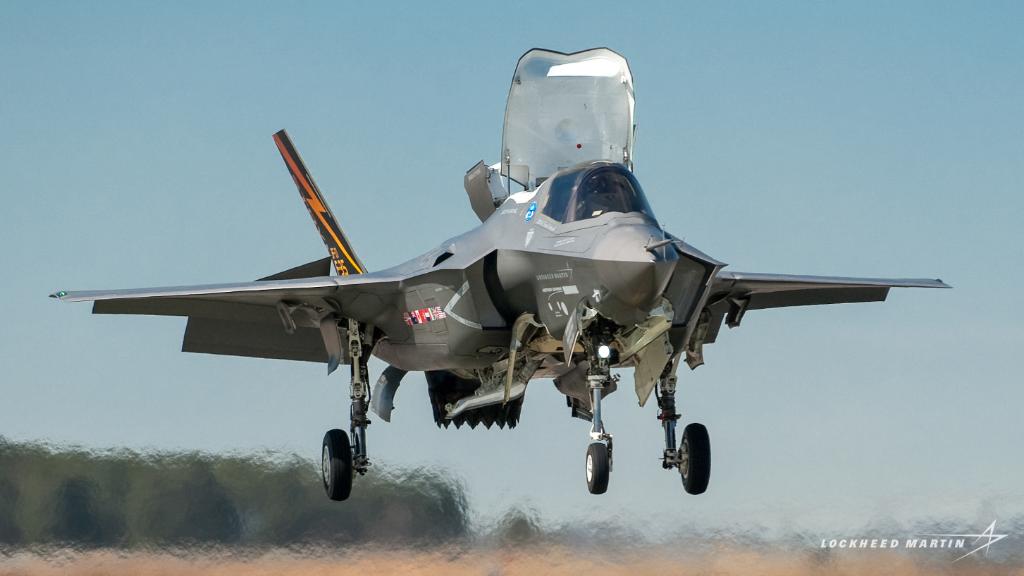 The F-35B, like the other two variants of the F-35A and F-35C, boasts a slew of uber-sophisticated features and has an overall height of 4.6 meters, 15.4m in length along with a 10.6 wingspan. The aircraft is powered by Pratt and Whitney Turbofan engines with a maximum takeoff weight of 27,216 kilograms and is capable of achieving Mach 1.8 speeds.

The F-35B’s engine is effectively coupled with a shaft-driven STOVL propulsion developed by Rolls Royce Defense and can generate over 20,000lbs of thrust. Both the doors installed above and below the vertical fan spin upwards to allow for a vertical lift-off.

The aircraft’s primary engine comes with a three-bearing swiveling exhaust nozzle, which is supplemented by the two-roll control ducts on the inboard section which along with the vertical lift caters for STOVL capability.

F-35Bs are currently replacing the aging Harrier II fleet of the USMC. The Harrier II jets, which have been in service since the 1980s, are plagued with logistical and maintenance issues, prompting the USMC to retire them by 2025.

This move is believed to have been bolstered by the F-35B’s operational supremacy over the Harrier II in all facets of operational performance. The F-35 has an edge in terms of speed, range, and payload capacity, and compared to the Harrier II, its stealth profile allows it to carry out airstrikes deep behind enemy lines with far lower operational risk.

F-35Bs have typically been known for their top-of-the-line interoperability and networking features, this allows it to act as a force multiplier for ground and airborne forces in proximity as its sensor fusion suite can generate a dynamic integrated battlefield image.

The Harrier II (AV-8B) was manufactured by British Aerospace and McDonnell Douglas (now BAE Systems and Boeing respectively). The STOVL-enabled aircraft was the successor to the HS Harrier in the UK Royal Air Force and in the US Marine Corps.

Harrier was sent on combat missions first in 1991, following which it was used in the Kosovo conflict in 1999. The fighter jet was also deployed in Afghanistan.

The F-35B shares 70%-90% commonalities with the other two variants of F-35 Lightning II, making it a lucrative option for US allies. Interestingly, US allies are the only ones who can procure the F-35 Joint Strike Fighters.

The US and UK are tier-1 partners in the F-35 JSF project. Italy and the Netherlands are tier-2 partners while Denmark, Norway, Australia, and Canada are tier-3 partners. Japan as aforementioned has placed an order for 63 F-35As and 42 F-35Bs at $23 billion. This includes armament costs.

Turkey, a NATO ally, was removed from the JSF program following its procurement of the Russian S-400 air defense systems.

As of October 2020, over 570 F-35s have been delivered to end-users. However, procurement of the F-35 is not without its challenges, other than the need to be a US ally, the sheer cost of the F-35 platform has remained a major hurdle for foreign customers.

Additionally, analysts have pointed out that STOVL aircraft are only useful for countries that have aircraft carriers or at least a Landing Helicopter Dock (LDH).

Currently, the F-35B is the only credible stealth-capable STOVL aircraft in the global market. However, it may soon find a competitor as Russia announced in July this year that it has begun the development of a fifth-generation carrier-based fighter, which will feature stealth technology.

“The possibility of creating a version of the fighter with vertical takeoff and landing (VTOL) is also considered within the framework of the project. It is expected that the aircraft will be as big as the MiG-35,” a source in the Russian military-industrial complex told news agency RIA Novosti.

The F-35B variant received basic certification in 2015, which allows the plane to fly patrols and conduct basic strikes, but they are not yet ready for more advanced missions. In June, the British F-35B stealth fighter jets onboard the Queen Elizabeth aircraft carrier launched counter-terror operations against the Islamic State (ISIS) in the Middle East.