Facebook blocked live streaming by Pakistan’s national broadcaster over negative posts on Jammu and Kashmir and anti-India propaganda. This comes as a major embarrassment for Radio Pakistan which claims to be a champion of Kashmir cause.

Radio Pakistan blamed Facebook of blocking live news bulletins by the Pakistan Broadcast Corporation (PBC) over its social media activity on what they term as “continued atrocities, curfew and military lockdown” in Kashmir.

In a statement, Radio Pakistan displayed screenshots of Facebook’s messages on some of the posts that it said went against standards on “dangerous individuals and organisations”. 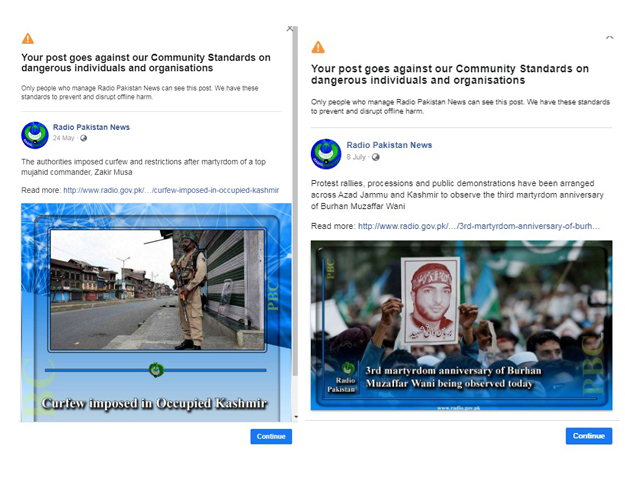 According to officials, Facebook apprised Radio Pakistan of suspending its live news streaming for two months and with a warning that if the PBC did not abide by the guideline, the provision of posting and commenting on the site would be withdrawn forever.

Previous article
Pakistani Hindus To Participate In Massive Protest Against Modi Government Over Citizenship Bill
Next article
Chief of Defence Staff, India – All You Want To Know About The CDS Position