Russian Defense Minister Sergei Shoigu has said that the country’s military will be receiving a pilot batch of the advanced next-generation T-14 Armata main battle tanks (MBT) next year.

Apart from the tanks, the Russian military will be provided with infantry fighting vehicles, and repair and evacuation equipment, he said on March 5.

All of the above-mentioned hardware will be based on the Armata combat platform.

“In 2022, there are plans to deliver a pilot batch of T-14 tanks, T-15 infantry fighting vehicles, and T-16 armored repair and evacuation hardware to the troops,” Shoigu said.

According to reports, the prototypes of the combat vehicles based on the Armata platform are currently undergoing trials.

Considered one of the most advanced tanks in the world, the T-14 Armata is a next-generation Russian main battle tank (MBT) based on the Armata Universal Combat Platform—the first series-produced next-generation tank.

The modern vehicle is a part of the Armata’s heavily tracked standardized platform, which serves as the basis to develop the main battle tank, an infantry fighting vehicle, an armored personnel carrier, and other armored vehicles.

The tanks, which were first demonstrated during the Victory Day Parade in Moscow in May of 2015, have fully digitized equipment, an unmanned turret, and an isolated armored capsule for the crew.

Developers of the T-14 Armata speak highly about the capabilities of the tank that put it among Russia’s most high-tech defense products along with the Su-57 fighters and the Su-35 fighter jets.

The tank’s next-level firepower, maneuvering, and remote-control capabilities, as well as its unmanned turret and improved design for better survival prospects — all highlight how far Russia has come in terms of manufacturing tanks from the Soviet era.

The T-14 Armata tank is Russia’s answer to the US’ M1 Abrams third-generation battle tank, which destroyed 37 of the Soviet-designed T-72s during the 1991 Gulf War.

According to Army Technology, the modern tanks are equipped with the Active Protection System (APS) that enables them to intercept and destroy incoming missiles and rockets.

The APS has been designed so that it can function against all types of anti-tank missiles and rockets, including handheld weapons such as rocket-propelled grenades. This clearly puts the T-14 Armata ahead of many advanced platforms across the world.

Earlier, Andrei Terlikov, the Chief Executive Officer and Chief Designer of the Urals Design Bureau of Transport Engineering, a Russian machine-building company, had said that the serial deliveries of the T-14 Armata main battle tanks to the Russian troops would begin in 2022. 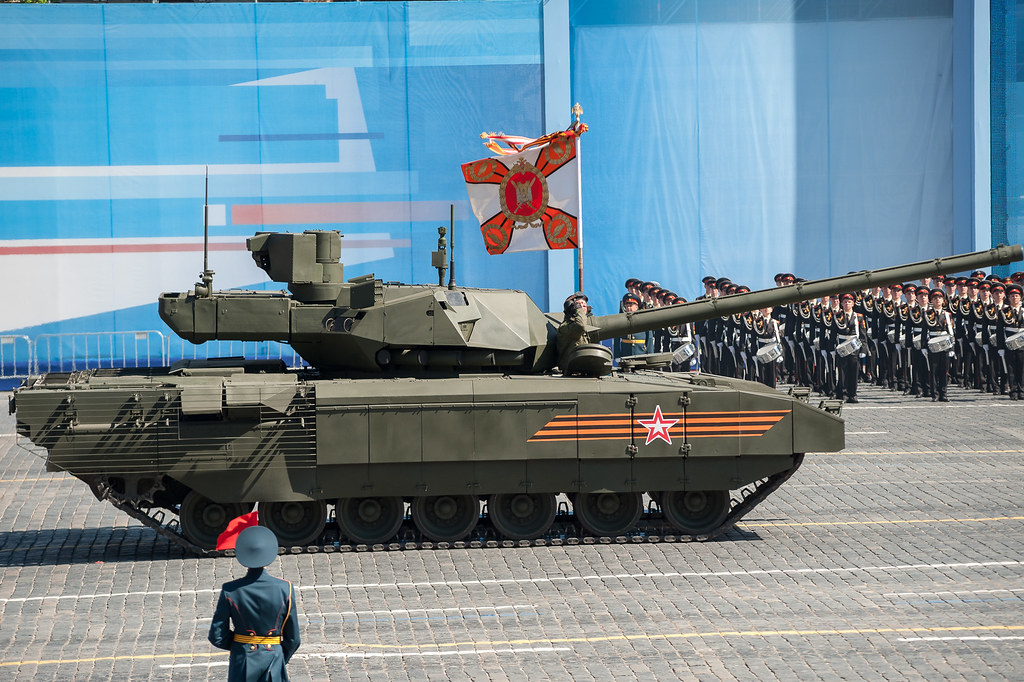 Terlikov had been speaking to reporters at the IDEX 2021 international arms show in the United Arab Emirates (UAE) in February when he revealed the information.

The T-14 Armata tanks had been unveiled on foreign grounds at the IDEX 2021 arms show in Abu Dhabi. The tanks had undergone preliminary trials in 2019 and were earlier said to be delivered in 2021.

The CEO of Russia’s Rostec industrial conglomerate, which oversees defense companies including Armata’s manufacturer, had announced plans to deliver the combat vehicles this current year, but the schedule is deferred until next year.

The country had previously announced that the Tanks would be first delivered to the Russian Armed Force’s Moscow-based First Guards Tank Army.

The modern tanks are based on a modular combat platform which can also be the basis of other armored variants. These include the heavy infantry fighting vehicle (IFV) and armored personnel carrier (APC).

According to Army Technology, the T-14 Armata tanks have been fitted with an unmanned turret mounting a 125mm 2A82-1M smoothbore gun fed by an automatic loader.

The turret of the tank carries a total of 45 rounds of ammunition, including ready-to-use ammunition. The main gun can also fire laser-guided missiles.

The 2A82 125mm gun on the tank can be replaced with a new 2A83 152mm gun in the future. Other than that, the tank can also be fitted with secondary weapons including a Kord 12.7mm machine gun and a PKTM 7.62mm machine gun.