In a first, the United States Air Force (USAF) has recently released images showing a B-1 Lancer Bomber carrying an AGM-158 JASSM cruise missile on a pylon under its fuselage. This was a part of a demonstration program after which subsequent tests would follow.

The USAF wants certification for the B-1 Lancer to carry up to 36 such missiles (Joint Air-to-Surface Standoff Missiles) — 12 externally and 24 in the internal weapon bays – to give it a lethal edge in the battlefield. 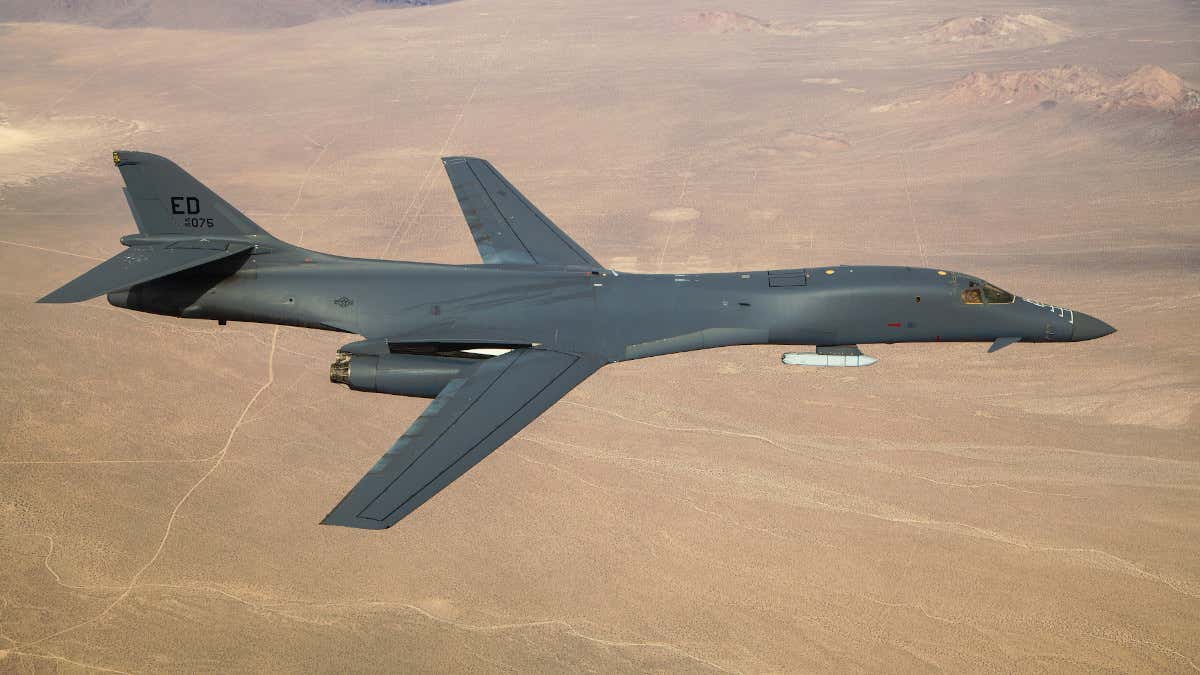 It was, however, a captive carry test, conducted by a B-1 Lancer from the 419th Flight Test Squadron under 412th Test Wing of the USAF, over Eglin Air Force Base.

The test was conducted on 20 November, and the aircraft carried an inert AGM-158 missile attached to a pylon under the fuselage, which casually carries a Sniper Advanced Targeting Pod. The pod assists in target identification, autonomous tracking, GPS coordinate generation among others.

The captive carry test is conducted to understand the missile’s aerodynamics and structural integrity with the launch platform. After a series of such tests, live-fire tests would follow.

Talking about the tests, the US Air Force spokesperson William Russell stated that an “extensive engineering review will help the Air Force understand areas where we need to focus in order to maintain the B-1B as a multi-mission weapon system, potentially laying the groundwork for the integration of future weapons on the aircraft,” TheDrive reported.

He further mentioned that “following the captive carry mission, engineers will review the data gathered from the flight before moving on to the next phase of the demonstration, an external weapons release”.

The front pylon where the missile was seen to be carried is one of the 6 external hardpoints of the aircraft, which is intended to carry special weapons like nuclear missiles. However, after the cold war, the service decided not to use B-1s for this role and since then the bomber uses only its internal bomb bays.

This weapons system is a low-observable, long-range standoff cruise missile, initially developed for the Navy for anti-ship roles. The missile can be fired from the majority of USAF’s strike platforms, including the B-52 Stratofortress, F-15E Strike Eagle, F-16, F-18 Hornet, and the stealthy B-2 spirit, and most probably the F-35 Lightning-II. 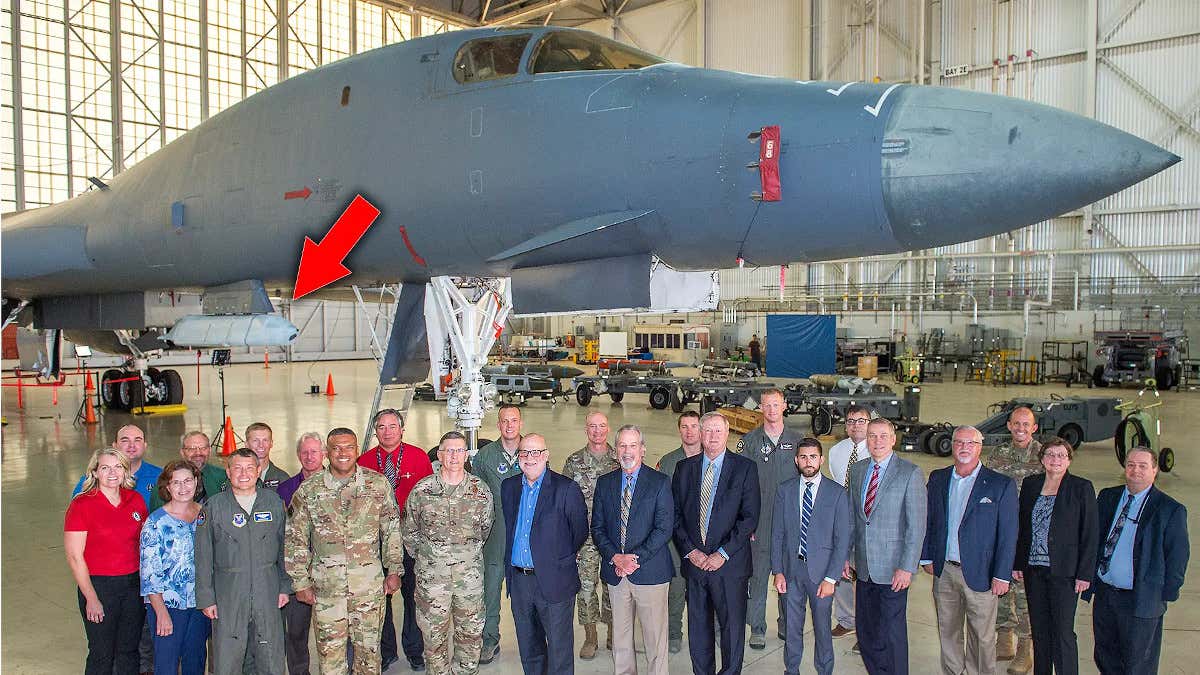 It completed testing and entered service with the US Air Force in 2009, and has entered foreign service in Australia, Finland, and Poland as of 2014. An extended range version of the missile, the AGM-158B JASSM-ER (Joint Air-to-Surface Standoff Missile-Extended Range), entered service in 2014.

The missile has a 450 kg armor-piercing warhead, capable enough to destroy most of the enemy infrastructure and strategic assets.

It was first used in combat when two American B-1 Lancers fired a total of 19 missiles on Barzah Research Center, which was allegedly being used as a Syrian chemical weapons facility. The research center was completely destroyed in the strikes.

The AGM-158B was also used in the iconic Barisha Raid, in which a leader of the terrorist organization, ISIL, was killed. The missiles completely leveled the compound to the ground.

Previous article
Why Is China Poking Its Nose In Kashmir, A Contested Region Between India & Pakistan?
Next article
After India, Rafale Fighter Jets Find Big, Fat Greek Admirers For Its Ability To Thwart Turkish F-16s