Russia and Ukraine are locking horns in yet another confrontation, though not over some territory, but over a traditional soup – Borshch.

The battle for the ownership of Borsch, which is a daily staple in the Ukrainian kitchen, is going as far as the United Nations. After persistent attempts by the Russian government to own the hearty soup, Ukraine wants the UN to recognise Borshch as part of the country’s “intangible cultural heritage.”

The controversy over Borsch started soon after the Russian government tweeted about the soup, being “Russia’s most famous and beloved dish.”

“There’s a theory that the name “borsch” originated from the Russian borschevik (hogweed), which in ancient Russia was used to make soups,” the tweet added.

A timeless classic! #Borsch is one of Russia's most famous & beloved #dishes & a symbol of traditional cuisine???????
"There's a theory that the name "borsch" originated from the Russian borschevik (hogweed), which in ancient Rus was used to make soups."#Delicious #yummy pic.twitter.com/KjAKRkEsOS

The statement caused irritable bowel syndrome among the Ukrainian people, a country which has been at war with Russia for many years now. The Ukrainians are calling the attempt of Russian Foreign Ministry’s chest-beating around Borsch as being another attempt at cultural appropriation by Moscow.

Ukrainians argue that while a number of cultures claim borsch to be theirs – Ukraine, Belarus, Poland and Russia – only Ukraine has the strongest claim for it.

“Borsch is most definitely from Ukraine,” BBC quoted Olesia Lew, a New York-based chef and head consultant for Veselka, who is proud of her Ukrainian heritage. 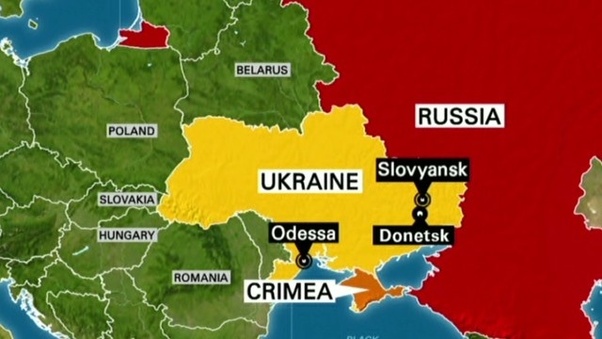 “I say it’s Ukrainian, not just from a nationalistic point of view, but because the soup hails from the land of Ukraine, and those ingredients have been found in the country’s archaeological record into the distant past,” Olesia added.

The Ukrainian Ministry of Culture early this month announced that it will add the traditional soup to its list of intangible elements of Ukrainian cultural heritage. The aim is to secure international recognition as the historic home of Borshch by including it on UNESCO’s cultural heritage list.

Another example of attempted cultural appropriation by Moscow. #Russia claims #Borscht is a Russian invention. What do you think about it, @Ukraine?

There is growing anger against the Kremlin, who the Ukrainians think are not satisfied even after annexing Crimea and are now trying to ‘steal one of Ukraine’s most celebrated national dishes.’

However, it seems the Russians will not give up easily on the latest culinary battle.

The Russian government expressed its displeasure at the attempts by the Ukrainian Ministry of Culture to brand the dish as part of the nation’s cultural heritage.

One Russian government publication Rossiyskaya Gazeta lashed out at the Ukrainian efforts to include the dish on the UNESCO list, saying, “Ukraine has organised a new cause for a scandal – its Ministry of Culture plans to nominate borscht for the title of ‘national cultural heritage’ in the UNESCO Intangible Cultural Heritage List.”

According to Russian-language Wikipedia, Borsch is a type of beet-based soup, giving it a characteristic red colour. A traditional dish of the Eastern Slavs, it is a common first course in Ukrainian cuisine.

For many in Ukraine, Russia’s attempts at claiming a traditional Ukrainian dish embodies a much larger trend of Russia’s historical oppression of Ukrainian language, politics, and, above all, independence.