Afghan Prime Minister Abdullah Abdullah believes the preliminary results of the presidential election in which were presented on Sunday by the Independent Electoral Commission (NEC) of the country, were fraudulent.

The statement notes that the preliminary results of the presidential election, published by the NEC, “are fraudulent.” In addition, Abdullah accused the election commission of Afghanistan of bias and “support for the current Afghan president [Ashraf] Ghani.” 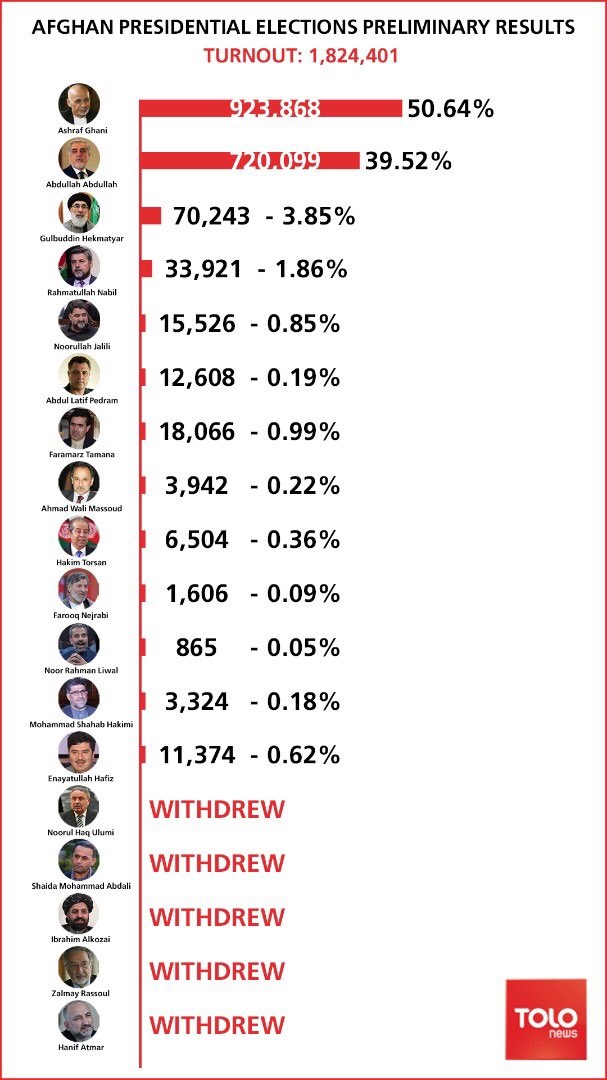 Earlier, the chairman of the NEC Hawa Alam Nuristani announced the preliminary results of the presidential election. According to the NEC, the current president of Afghanistan, Ghani, won the elections with a result of 50.64% of the vote.

Second place went to Prime Minister Abdullah, gaining 39.52% of the vote, followed by former Prime Minister and former leader of the Afghan Mujahideen Gulbuddin Hekmatyar with a result of 3.85%.

Nuristani also said that “Candidates have 72 hours to register any complaints [regarding the outcome of the presidential election] if any.” She also noted that 1.9 million voters participated in the vote.