Saifullah Mir aka Ghazi Haider once a close associate of Riyaz Naikoo & Burhan Wani has been declared the new commander of Hizbul Mujahideen in Jammu and Kashmir, according to reports.

According to reports, Ghazi Haider’s selection to lead the Hizbul Mujahideen in Jammu and Kashmir had been declared by Saleem Hashmi, the spokesperson for the terror organisation allegedly headquartered in Muzaffarabad.

Zafarul Islam was declared the assistant chief operational commander of Hizbul Mujahideen Jammu and Kashmir and Abu Tariq, as his principal adviser.

Hizbul Mujahideen’s earlier commanded – Riyaz Naikoo was neutralized along with another terrorist – Adil Ahmed in a fearsome encounter with the Indian security forces. 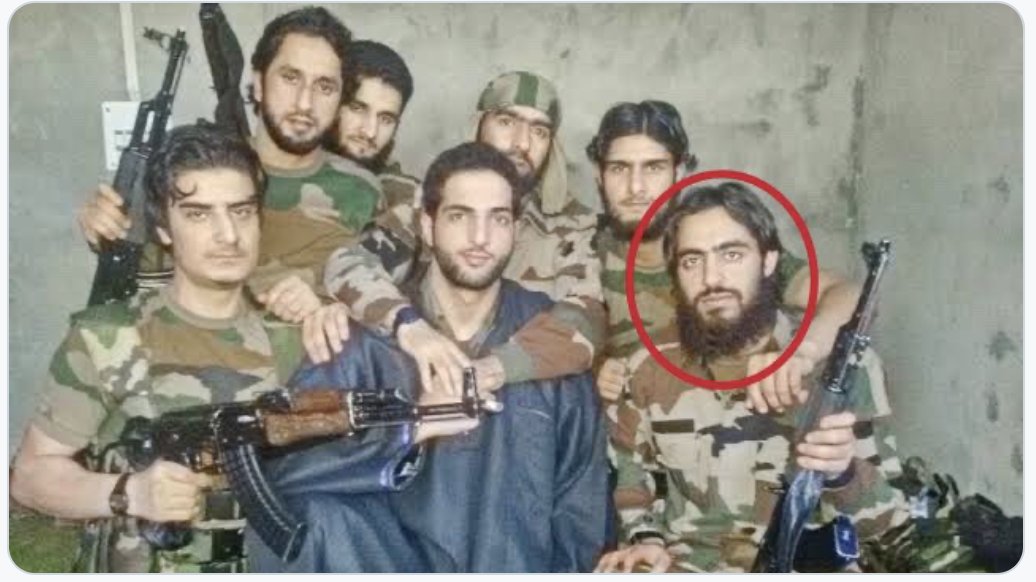 According to reports, Ghazi Haider aka Saifullah Mir was also known as ‘Doctor Saif’ because he treated injured militants. Ghazi has completed his matric and hails from South Kashmir’s Pulwama district.

Security officials said Ghazi Haider had been classified as an ‘A category’ militant and had mostly been operating in Pulwama, Kulgam and Shopian. He is also said to be thoroughly accustomed with Naikoo’s network to generate funds by thieving orchard owners and get commissions from illicit farming of opium.

Officials had lately busted a Hizbul Mujahideen module with the arrest of Hilal Ahmad Wagay who was caught with Rs 29 lakh cash in Amritsar, by Punjab Police on April 25. “This money was being transported to the Kashmir to be delivered to Naikoo. This case has been taken over by NIA,” the National Investigation Agency had said.

Meanwhile, Hizbul Mujahideen chief Syed Sallahuddin has said Pakistan’s “weak policies” have given New Delhi the upper hand in Kashmir. His criticism came after Pakistan PM Imran Khan described India’s response to the Handwara terror attack an indication of “continuing efforts to find a pretence for a false flag operation against Pakistan”.

Previous articleChinese BRI Model Seems To Be Winning As The World Turns To BRI To Beat COVID-19 Challenges
Next articleIran ‘Accidentally’ Shoots Missiles At Own Naval Vessel; Upto 40 Could Be Killed

As India, China border row continues to escalate, the Chinese PLA has for the first time confirmed the deployment of advanced long-range precision-strike rockets...
Read more

A senior US Air Force officer has questioned the utility of the American F-35A stealth fighters against the adversary in a hypothetical US military...
Read more
Load more