Hameed Lelhari – The new leader of the Al-Qaeda affiliate Ansar Ghazwatul Hind, released six-minute-long video calling for the unity of militant outfits. The video laid down three principles for militant “shura”. Hameed Lelhari urged these outfits to come together and form a militant council and take consensus decisions on military action against India.

Hameed Lelhari articulated that the militant forces must join hands in extracting the Indian scourge in Kashmir and reinstate “Allah’s law in Allah’s land”. The video encouraged the militant groups to engage in taking any military decisions in Indian Kashmir based on tactics and strategic actions based on ground realities.

Hameed Lelhari also called for the vehement need for separation of jihadist goals and organisational interests from the self-serving interests of other parties- alluding to Pakistani Intelligence Agencies.

The structure for the council was clearly described stating that two representatives from each outfit would sit at meetings representing their interests and the council shall decide upon the military decisions to be taken within Kashmir. This move would bring order and organisation within the militant activities in the region and “breathe a new life into Kashmir jihad”, said Lelhari.

At present, there are many militant groups working under the banner of the United Jihad Council (UJC) led by Hizbul Mujahideen (HM) chief Syed Salahuddin. The UJC and HM leadership has forever been pro-Islamabad in their actions. 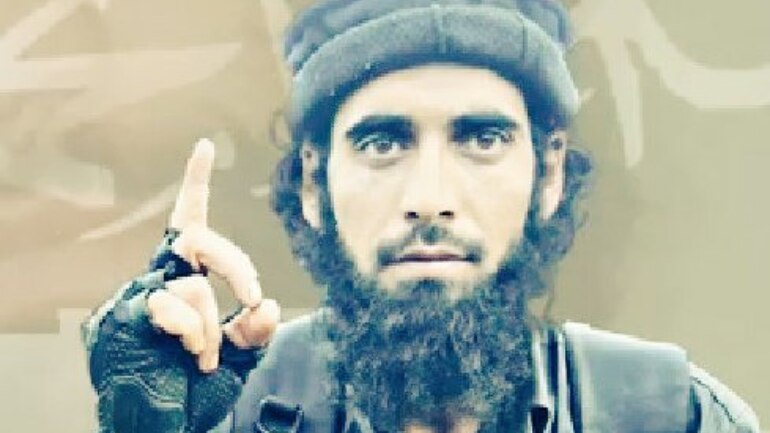 The creation of this new alliance is based on an attempt to undermine the UJC and the patronage of Pakistan. The HM leadership has carried out actions pro-Pakistan in the form of the destruction of the Wulur Lake barrage near Jhelum. The Pakistani administration suggests that the barrage would end up harming their people while the authorities in Jammu and Kashmir argue the place to be well within the Indus Treaty.

Hameed Lelhari calls for unity despite UJC presence suggests that the latter has more than one reasons sought to favour Pakistan self-interests than those of the militant movement or the people of Kashmir.

There is a clear indication that the militant movement is largely fed up by the restrictions placed by the Pakistani side and wish for freehandedness in dealing with their activities within India. The Zakir Musa rebellion against HM, the formation of Ansar and the recourse of the jihadist movement in Kashmir is an indication of a major shift towards pan-Islamism and a rejection of political nationalism.

There have been many instances of rifts between terror groups in the region. The conflict wherein IS member was killed by HM and Lashkar terrorists in Bijbehara over weapons dispute is only one of the many flashpoints of transition. Lelhari has openly criticised the involved parties and their negative impact on the jihadist movement.

“This is unacceptable under any circumstances. In such situations, it becomes imperative to resolve the issue as per the Shariat, and if proven there must either be qisas (retribution) or diaat (blood money paid to the slain’s kin),” said Lelhari.

He has imperatively added that any terrorist has the right to switch allegiances to any other organisation he wishes to for he is still fighting for the Islamic cause. “To snatch his weapon simply because he joined another organisation is a sign of hypocrisy,” said Lelhari.

Hameed Lelhari claimed that the reason behind reaching out to the groups and sending out this message to his “brothers” was to remind Pakistani agencies that the Ansar (post “Musa’s martyrdom”) would not be suppressed and would not be “enslaved to Pakistani interests”. He called out the Pakistani agencies in the video, urging all militant groups to join hands in the jihad in Kashmir. He said, “If our jihad is weak, we are responsible for it.”

Meet the Informer, the “Mukhbir” Behind the Killing of Burhan Wani and Other Kashmiri Militants

According to the report, in a video released by al-Hurr (AGH’s official media wing), Ansar Ghazwat-ul-Hind’s spokesperson Abu Ubaidah Hafizahullah said that Hameed Lelhari alias Haroon Abbas has replaced Musa while Ghazi Ibrahim Khalid has been appointed as his deputy.

Hameed Lelhari is a resident of Pulwama and a member of Islamist organisation Jamait-Ahl-e-Hadith. “Hameed Lelhari has taken over Ansar Ghazwat-ul-Hind but he is hardly a top terrorist,” an officer was quoted in the report as saying.

However, the police in Kashmir had no idea about his deputy Ghazi Ibrahim Khalid’s identity and background. The security forces had killed Zakir Musa, who headed the AGH, on 23 May. Hameed Lelhari served as Musa’s deputy after he and around a dozen terrorists split from Hizbul Mujahideen and swore allegiance to al-Qaeda in July 2017.