Has Actor Tom Cruise Become The 1st Person Ever To Fly The USAF SR-72 “Darkstar” In Top Gun: Maverick?

Hollywood superstar Tom Cruise might have beaten every American pilot in history to become the first person to fly the next-generation hypersonic fighter jet, SR-72 “Darkstar” in his upcoming film “Top Gun: Maverick”.

Top Gun: Maverick, which is a sequel to the sensational 1986 American action drama film, Top Gun, has seemed to show a glimpse of Cruise’s character ‘Maverick’ being on board the mysterious fighter craft that is the successor of US Air Force’s retired SR-71 Blackbird.

Also referred to as the “Son of Blackbird,” the hypersonic Darkstar has reportedly been in the works with American aerospace giant Lockheed Martin which proposed the concept for the fighter back in 2013.

According to reports, the SR-72 hypersonic demonstrator aircraft was secretly designed and manufactured under Lockheed’s famous “Skunk Works” secret department, which was responsible for bringing in the SR-72 Blackbird in 1964. 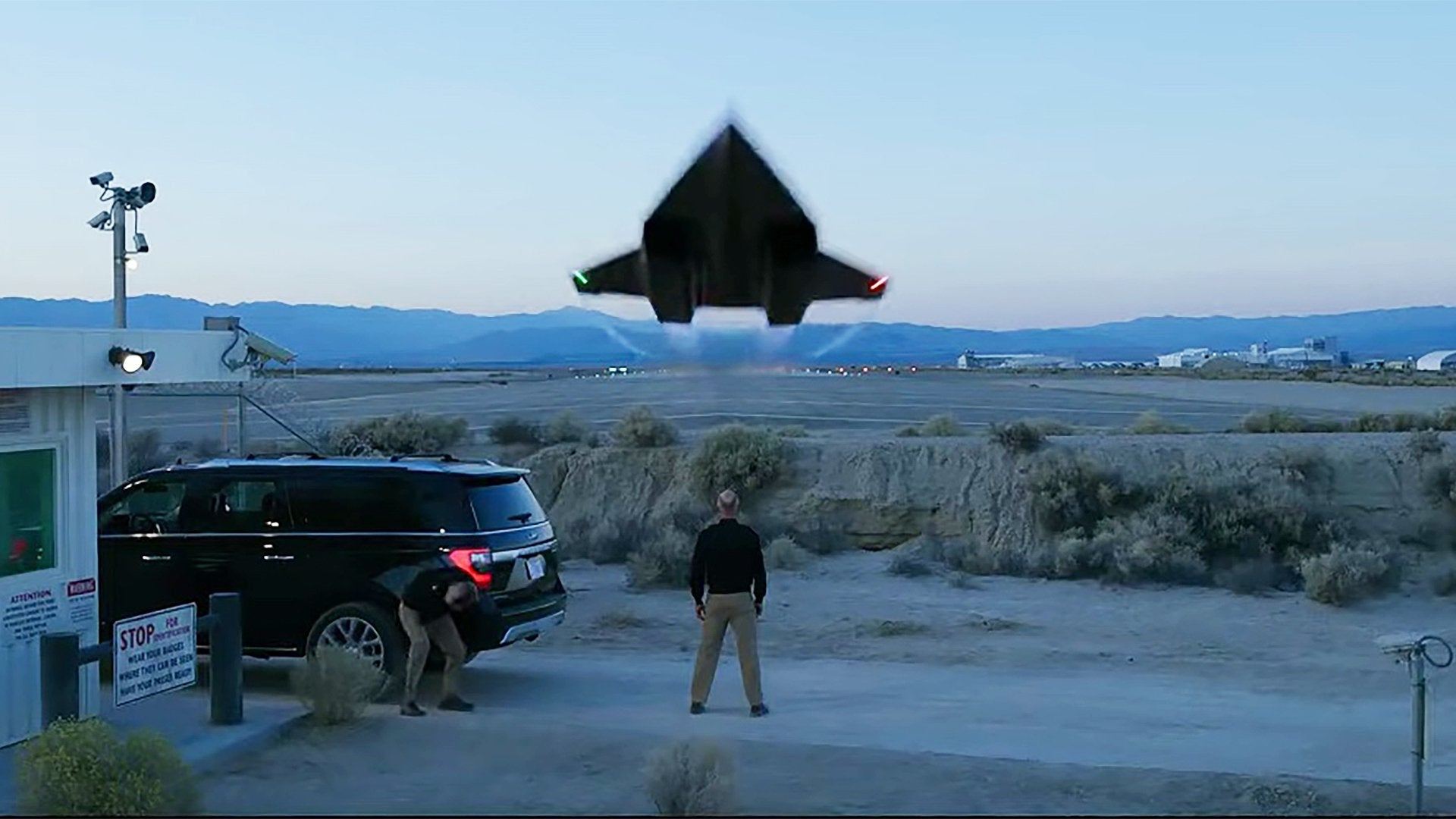 The glimpse of the SR-72 Blackstar in the Top Gun: Maverick Trailer

The fighter has been built to match the requirements of the US Air Force with its concept intended for intelligence, surveillance, and reconnaissance.

While the Pentagon has kept mum regarding the Darkstar, the aircraft came to light when it was briefly shown right at the end of the new film’s trailer.

Fans of the franchise and other aviation aficionados were left flabbergasted on noticing the mysterious aircraft being flown by Cruise’s on-screen character, Lieutenant Pete “Maverick” Mitchell.

One fan tweeted, “Is Maverick flying an SR-72 in the Top Gun trailer?”

Similarly, another fan questioned others regarding the blink and miss moment featuring the advanced aircraft,

“Speaking of disclosure and whatnot… Did any of you boys and girls notice the final aircraft Maverick is flying in the new Top Gun trailer? I must admit, I didn’t even notice it at first… SR-72?”

Another tweeted, “@TopGunMovie trailer drops today.. did we just get the SR-72? @TomCruise seriously, SR Next Gen? #TopGun.”

With the internet being flooded with queries regarding the Blackstar, the news was confirmed by the movie’s official toy line, which has been produced by Matchbox. Matchbox, which is owned by Mattel, Inc, showcases the best view of the aircraft, which is known by the name of “Darkstar Sky Buster”. The aircraft is considered to not be based on any modern fighter in operation in any country to date. However, is Tom Cruise, who is an actually licensed pilot in real life, really, flying the Lockheed Martin SR-72 Darkstar in the film, or is the aircraft a fictional version based on the actual concept?

According to defense writer Alex Hollings, Matchbox’s Darkstar toy does bear a striking resemblance to Lockheed’s concept of what the SR-72 will look like.

“There are few variations between the two — most prominently the use of two vertical stabilizer fins on the back of the SR-72 with only one central stabilizer. However, because Lockheed’s image is nothing more than a conceptual representation, the eventual platform could practically have either,”

“If the Darkstar is indeed a stand-in for the SR-72, it may not be designed as a fighter, but as a reconnaissance fighter like its predecessor – SR-71. However, due to highly proficient recon satellites, this semi-fictional aircraft may well be armed (in the movie, and in real life).”

Another evidence of Cruise flying the Lockheed SR-72 in the film has been Maverick’s flight suit, which he is seen wearing while flying the computer-generated stealthy experimental hypersonic aircraft.

Cruise is seen sporting an all-black high-altitude pressure suit similar to the actual suits worn by high altitude reconnaissance pilots in aircraft like the U-2 and SR-7.

Images show Cruise in his character as Pete “Maverick” Mitchell, wearing an all-black flight suit. The interesting thing is that the flight suit appears to be a high-altitude pressure suit similar to the actual ones worn by high altitude reconnaissance pilots in aircraft like the U-2 and SR-71,”

“Notice the wide, round neck ring for a pressure suit helmet and the two fittings to the suit for life support and pressurization.” according to The Aviationist.

Moreover, Cruise has gone through extensive training for the film, and, being a licensed pilot, was reported to be doing some of his own flying “in certain aircraft”.

The 58-year-old actor is renowned for taking the high risk to do his own stunts for films and has apparently piloted the aircraft himself for the film, after which he had said,

So, if reports of Cruise being on the advanced aircraft are true, it means that the Mission Impossible actor has “chosen to accept his mission” and accomplished it before any other pilot on earth, even if it means it is for the screen.

According to Air Force Technology, the SR-72 will be an optionally piloted flight research vehicle (FRV) with a length of approximately 60 feet. However, just because it is a research vehicle doesn’t mean it will be used just for that, as reports have suggested that the aircraft will have aerial combat capabilities.

One of the most important aspects of the aircraft is that it is powered by a single, full scale-engine which allows it to maneuver at speeds up to Mach 6 for several minutes. This exceeds the speeds of its predecessor, which was considered to be the fastest aircraft on the planet once.

Reportedly, the development of the demonstrator form of the aircraft was scheduled to begin in 2018, with the aim of providing Darkstar with abilities of high-speed intelligence, surveillance and reconnaissance (ISR), and strike operations.

According to sources, the aircraft’s first flight is scheduled for 2023, which will be followed up by its introduction in the military’s service by 2030.