The video by the PAF was released on October 19, when Pakistan’s President Dr. Arif Alvi visited the Air Headquarters, Islamabad as a chief guest to attend the inaugural ceremony of the two-day flagship international seminar titled ‘Global Strategic Threat and Response’ (GSTAR) arranged by Centre for Aerospace & Security Studies (CASS).

Haluk Bayraktar, the CEO of Baykar – the developers of Bayraktar TB2 and Akinci drones – revealed in March that the company has concluded two export contracts for the Akinci drone without specifying the countries to which the drone will be exported, neither the number of drones nor its value.

Interestingly, just days after Bayraktar’s announcement, PAF’s Public Relations Department posted a video that also featured the Bayraktar and Akinci drones, among various other weapon systems, suggesting that the two drones either have been ordered by the PAF or perhaps already in use.

However, stock footage was used in the video for both drones, so it was unclear if either of them was actually delivered.

A Turkish defense portal reported in June, citing unnamed defense sources, claimed that Pakistan had placed an order for Akinci and Bayraktart TB2 drones without specifying the value of the contract or the number of drones involved.

Also, in January, there were some unconfirmed reports that Pakistan had purchased six Bayraktar TB2s from Baykar in March 2021 and signed an agreement with the Turkish Aerospace Industry (TAI) to jointly develop a larger ANKA-S-type UAV.

The Akinci, Turkish for “Raider,” is a high-altitude, long-endurance Unmanned Aerial Vehicle (UAV) developed as a successor to the TB2 Bayraktar tactical UAV, which is currently the mainstay of Turkey’s military.

It is capable of performing both air-to-ground and air-to-air attack missions.

Baykar produced three prototypes initially, of which the first one took to air in December 2019. The flight test for the first mass-produced Akinci drone was completed in May 2021, following which the unmanned system was delivered to the Turkish Armed Forces in August 2021.

Compared to that, the Bayraktar TB2 can reach only up to 25,000 feet and has a payload capacity of only 150 kg.

The drone can be fitted with different weapon payloads, such as laser-guided smart munitions, missiles, and long-range stand-off weapons.

The drone can also be armed with Gokdogan and Bozdogan air-to-air missiles, wing-assisted and SOM-A stand-off missiles.

In addition, the Akinci can also be used as a mother ship for drone-swarming attacks. For example, in 2019, Prof. Ismail Demir, the head of Turkey’s Presidency of Defense Industries (SSB), posted a simulation on his Twitter feed depicting the indigenous ‘Alpagu’ kamikaze drones released by the Akinci drone.

Alpagu is a fixed-wing drone developed by the STM, a Turkish defense company, which can be used for reconnaissance, surveillance, and attacks. The drone features smart algorithms, other autonomous features, and advanced image-processing systems.

The Akinci, using its advanced sensors, including an AESA radar, can share real-time target updates with the released kamikaze drones to ensure precision strikes.

Akinci Drone, A Threat For India?

The Akinci drone saw combat for the first time in a major operation in April against the PKK terrorists in northern Iraq.

According to veteran Indian Air Force fighter pilot and an analyst/columnist with The EurAsian Times – Vijainder Thakur, the Akinci drone in the hands of Pakistan military could be quite a bother for the Indian Armed forces during peacetime as well as in the limited war.

During peacetime, the Akinci would “provide 24×7 surveillance” deep into Indian territory without crossing the border, Thakur says.

“In a limited war that does not involve cross-border troop movement, like the Kargil operation of 1998, it would give Pakistan a distinct advantage providing communication relay, SIGINT, and all-weather ground & air surveillance using its AESA radar,” Thakur continued. 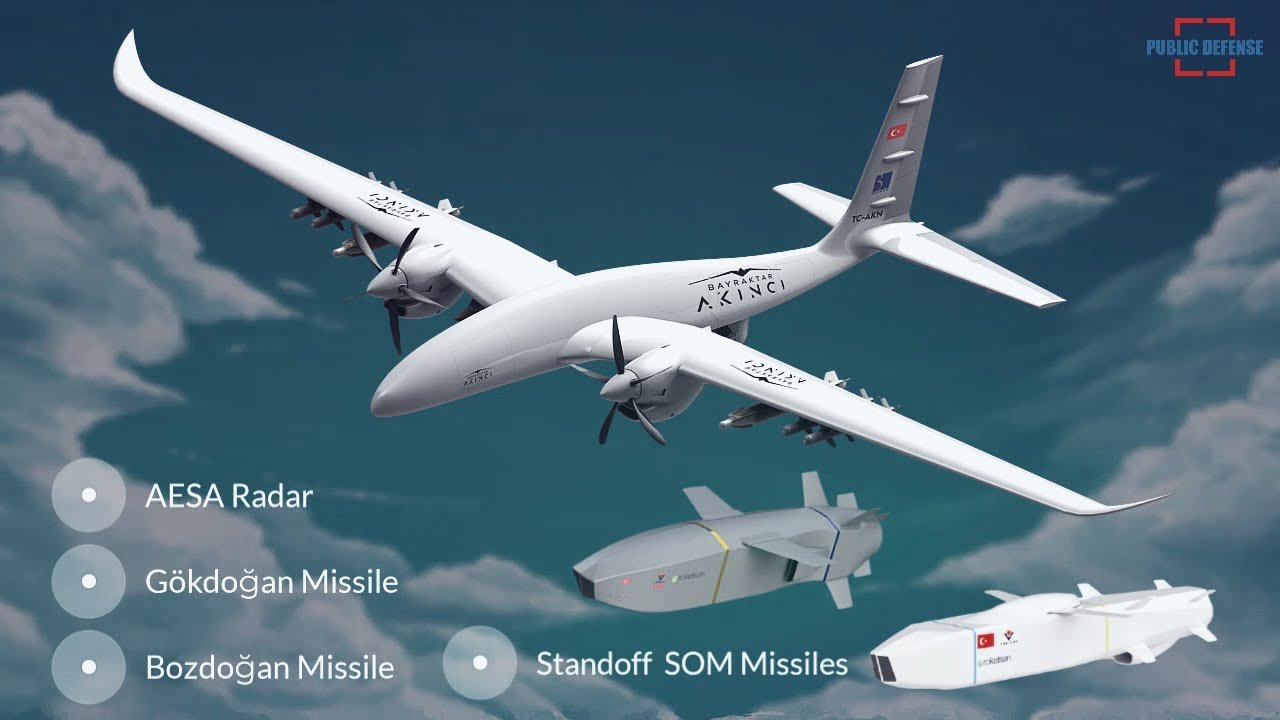 However, in an all-out war, Akinci’s role would be limited, according to Thakur, because it would come under Indian Air Defense fire even when operating well within Pakistan airspace.

“Since it’s a large, slow-moving drone, it would be susceptible to Air Defense missiles. It would also be a juicy target for air-to-air engagement,” Thakur said.