How Are Chinese & Indian Soldiers Equipping Themselves As They Await Freezing Temperatures High-Up In Ladakh?

Despite strong efforts from diplomats and top military officials from both India and China to de-escalate tensions at the shared border in Eastern Ladakh, there seems to be no breakthrough on the horizon, forcing both nations to monitor each other closely.

Why Erdogan’s Adventurism & Meddling In Global Conflicts Puts Turkey In A Catch-22 Situation?

While the sides play the long-game of chess, external factors like the acute climatic conditions of the tough mountainous terrain of the valley inch ever closer with the onset of winter, changing the entire dynamic of the region with troops forced to operate in temperatures of minus 35 degrees Celsius.

However, according to reports, the Chinese, as well as the Indian militaries, have equipped their troops with the highest quality of equipment along with high-protein diets, to ensure that no boulder comes in their pursuit of thwarting the opponent.

Soldiers belonging to the People’s Liberation Army (PLA) posted at the Line of Actual Control (LAC) have been issued new high-tech clothing, which includes cold-proof hoods, warm training clothes and lightweight cold-proof training coats, enabling them to carry out daily tasks while battling the tough conditions of the Ladakh Valley. 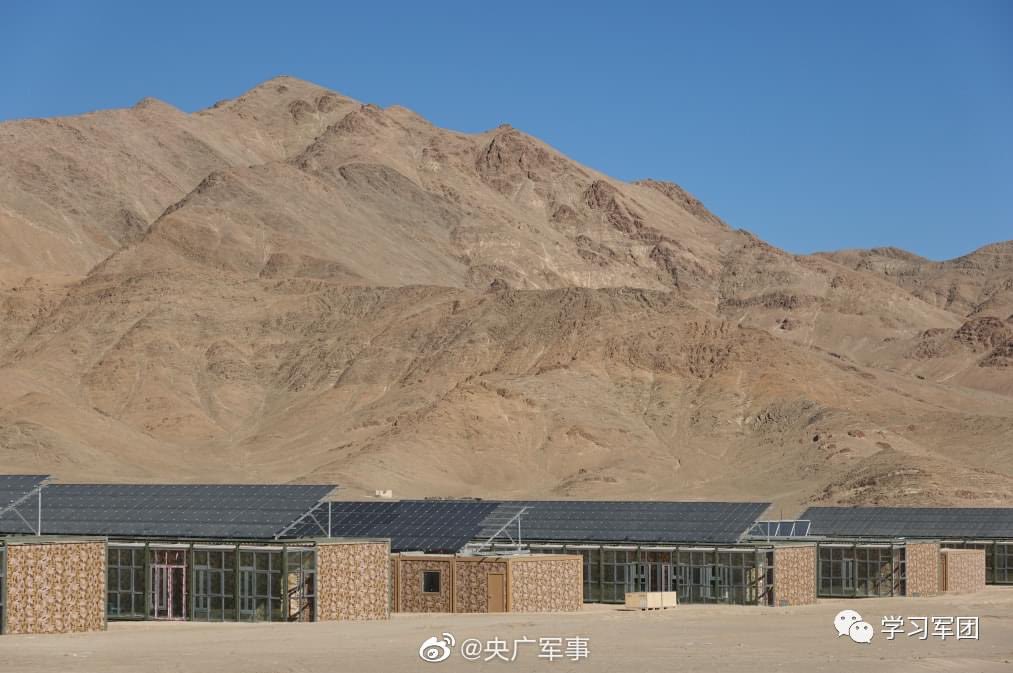 Arising out of the needs of the cold desert, the troops have also been supplied with anti-reflective goggles, multifunctional thermal water bottles, absorbents, quick-drying underwear and waterproof gloves.

Moreover, ready-to-assemble thermal shelters have been set up in plateau areas for the border troops in a bid to support their combat readiness in the region.

The shelters, which have been developed by the Army Engineering University of the PLA, compose of dormitories, canteens, washing rooms, toilets, warehouses, microgrids and heating equipment, which is capable of functioning at altitudes of 5,500 metres as well as in temperatures plummeting to as low as minus 55 degrees Celsius.

According to PLA Daily – “The self-powered thermal insulation houses have already been used in outposts in plateau and alpine areas in the past two years, and border troops on the plateau are now officially equipped with them.”

As reported in the PLA Daily, the shelters can be installed even without electricity and water, while their structure and interior space can be adjusted according to the need.

According to a Qian Feng, Director of the research department at the National Strategy Institute of Tsinghua University in Beijing – “This announcement of the use of the shelters will greatly raise the morale of PLA soldiers in the border regions and boost their resolution in the standoff.”

A military expert by the name of Song Zhongping, while speaking to the Global Times, a daily newspaper under the auspices of the Chinese Communist Party (CCP) said – “The deployment of those shelters shows preparation for an all-round military struggle amid the escalating tensions on the China-India border.”

Despite the possession of such heavy gear at the hands of Beijing’s military, the Indian soldiers have their own set of military equipment to help repel any charges made by the Chinese.

According to reports, New Delhi has equipped its soldiers with a massive stocking of rations and other essential supplies needed to sustain the demands of the weather and heavy load of tasks at hand.

The Indian Army keeping in mind a proper set up for the insulated habitat of their troops have set up high-altitude arctic tents, prefabricated huts across several regions of the valley where the soldiers have been deployed.

Moreover, the soldiers have been equipped with specialised winter clothing which includes layered jackets and world-class boots which have been imported from several countries in Europe.

“Our logistic infrastructure is smartly built in a manner that any formation coming from outside, in ‘Plug & Play’ mode, can join the units here seamlessly and be effective. Today, each jawan deputed at the frontline has state-of-the-art winter clothing and tentage.” said Fire and Fury Corps chief of staff Maj. Gen. Arvind Kapoor, while speaking to an Indian news agency.

The Army has also flown in massive rations for the troops which include high-protein dietary requirements for the soldiers, in order to keep them at their physical peaks in the region against the Chinese.

Additionally, unlike on the Chinese side, Indian villagers in Ladakh region are steadfastly assisting Indian Army soldiers. The villagers apprehend that if they do not help the Indian army secure their positions and help prepare the troops for the harsh winter ahead – their village might soon be under Chinese control.