China is the world’s leading manufacturer of drones and maintains the largest military UAV/UCAV fleet on the planet. Beijing is also using this technology to help farmers not only in China but other nations including the US and India.

UAV technology has long been developed and its applications have intensified in the second decade of the 21st century. As these machines get matured over time, they are helping farmers to reduce their labor by more than 90%.

Each year, about 200,000 people die from pesticide poisoning, a large number of them falling prey to direct spraying. The application of pesticides has turned out to be a major health hazard for farmers cultivating their crops in the field, using long poles to spray these chemicals.

Often, their fruits are high above in the trees, due to which most of the sprayed pesticide falls down directly on to the farmers’ body, or remains in the air and pose an additional hazard due to inhalation. 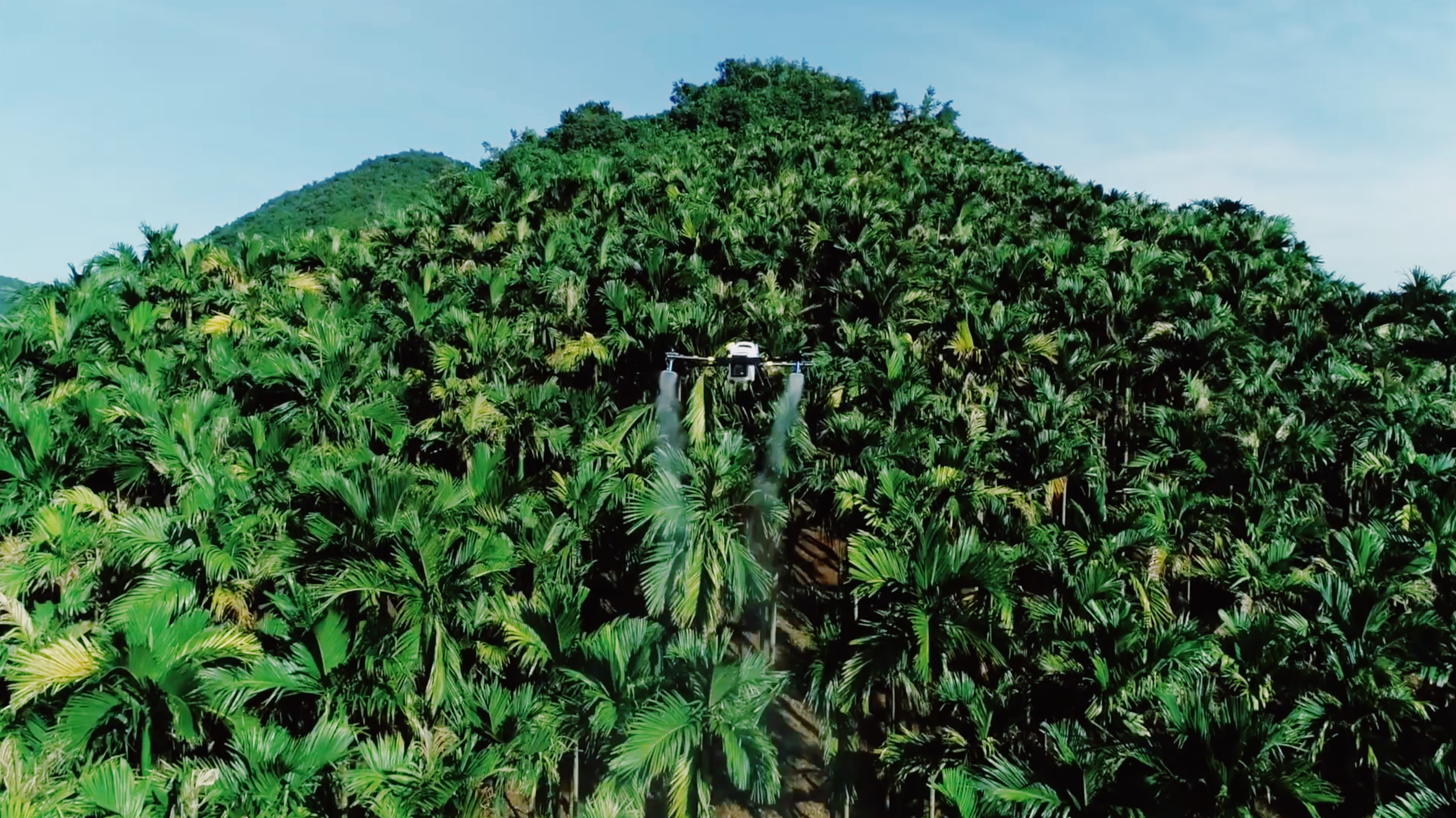 A drone flying above a hill. /courtesy of EAVision

According to research, pesticide poisoning and exposure can lead to many harmful diseases for the farmers, ranging from cancer, sterility, birth defects to neurological disorders. “In some countries, pesticide poisoning even exceeds fatalities from infectious diseases,” a United Nations report noted.

A tech startup from silicon valley named “EAVision” launched five years ago, has been developing and manufacturing solutions for the same problem – releasing the first commercialized autonomous drones in the market.

Zhao Shuyan, a part of the company, says “I wanted to do something for people’s well-being with my expertise,” while addressing CGTN reporters outside her office building in east China’s Suzhou Industrial Park.

Zhao was earlier an autopilot director at the German auto supplier, Bosch. “For many years, I’d been working to do good to the industrial community. Now I want to take a crack at the agricultural sector to help those engaged in the oldest yet most important profession,” she adds.

When Zhao, along with her team visited the Chinese betel nut plantations in Hainan and Zheijang, they noticed the difficulties farmers had to face while working on the farmlands. Hills occupy a large portion of the arable land and the farmers had to face a lot of hardships reaching there and spraying pesticides. “They are basically living at the mercy of nature,” said Zhao.

Now, the deployment of drones has helped the farmers noting that it increases the efficiency of pecan farmers by a factor of 20 and reduces intensive labor by 90 percent, according to Zhao. On the slopes that can reach 70 degrees, the crop yield has also been multiplied.

EAVision’s drones aren’t just restricted to China; they have been exported to many countries around the world including Thailand, India, Japan, Brazil, and the United States.

In addition to autonomous driving, the drones also have a come-back feature. “When the drone is lost, it can find its way with its vision and sensors and land safely and precisely where it took off,” Zhou Hailiang, a pre-sales engineer with EAVision, told CGTN.