While the US, Russia, China, France, and the UK continue to be the top nations holding nuclear weapons in their military arsenal, the group could have been joined by South Africa which almost chose to deliver nuclear warheads using a British-built carrier-capable attack aircraft, called the Hawker Siddeley Buccaneer.

The nation, resting in the southernmost tip of the African continent, stayed an outcast in the international community for most of the Cold War due to its apartheid policy. But South Africa is the only country that had developed nuclear weapons and chosen to give them up voluntarily.

However, before it took the decision to denuclearize, South Africa took an acute interest in possessing nuclear energy, especially owing to the abundance of uranium within the nation.

By the early 1970s, the nation understood that nuclear energy would be of immense significance as it would be the source of electrical power.

In addition, if it could possess nuclear weapons it could strike targets in other nations in Sub-Saharan Africa, as part of its long-running campaign against regional rebel groups, or even hostile revolutionary governments.

As a result, the South African regime in 1974 decided to develop a nuclear weapon that could be used in conflicts, if needed.

While the authorities carried out the work to build the nuclear weapons in absolute secrecy, the so-called Vela incident, referring to a possible nuclear device testing in 1979, was uncovered by the US, after an American reconnaissance satellite detected a flash over the South Atlantic.

This led to there being an even higher amount of secrecy around the program, with the control being shifted from scientific to the military.

South Africa successfully finished producing five complete nuclear devices that could be deployed operationally, with the first being Cobot, which was a six-kiloton device developed in 1982.

Once the weapons were ready, South Africa started formalizing plans on how to deliver the warheads in the time of need. There were several options at its disposal with one being placing the device on a medium-range ballistic missile (MRBM), based on the Israeli Jericho 2 missile.

However, since the device was interchangeable for different delivery systems and small enough to be accommodated in an air-launched glide bomb, South Africa decided to choose a British-built attack aircraft called the Hawker Siddeley Buccaneer. 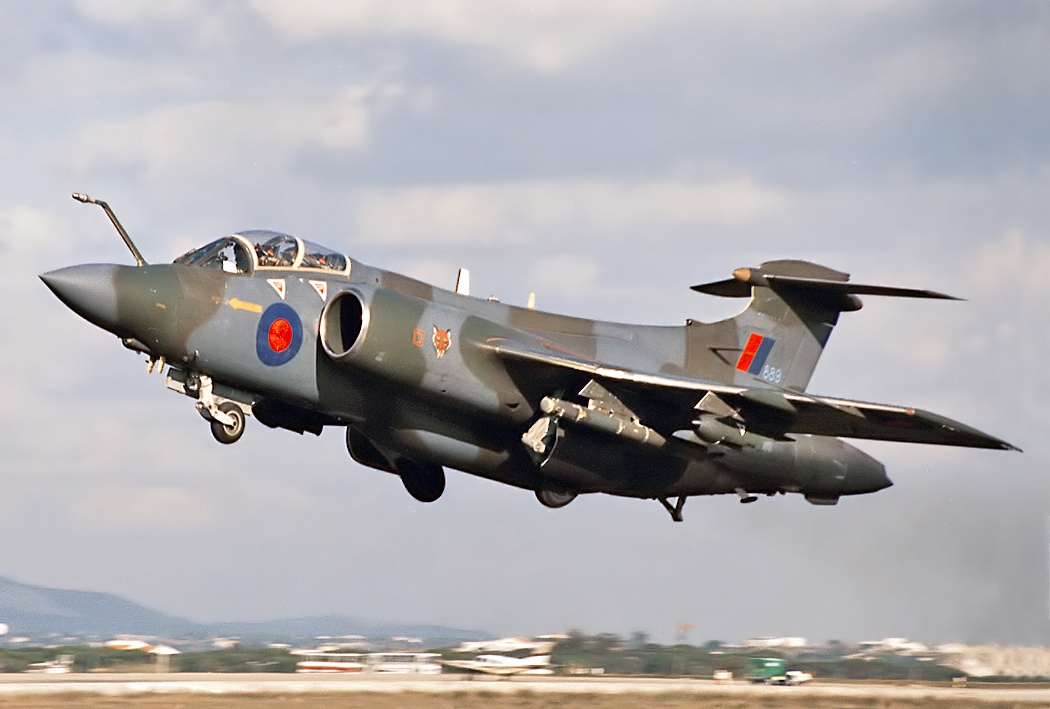 Originally called the Blackburn Buccaneer, the aircraft was earlier developed as a naval strike aircraft that served aboard British aircraft carriers. It was designed in the 1950s for the Royal Navy by Blackburn Aircraft.

However, it was later named the Hawker Siddeley Buccaneer when Blackburn became a part of the Hawker Siddeley Group. In 1965, the UK chose to transfer the attack aircraft to South Africa despite having just introduced an arms embargo because of the nation’s apartheid policy.

South Africa ordered at least 16 of the aircraft’s S50 version, which was a land-based strike variant tailored specifically for the country’s requirements.

The aircraft had a powered folding-wing system found on the British Royal Navy jets and with additional provisions for flying in a ‘hot and high’ environment.

In order for South Africa to pass the embargo, Britain had provided conditions to deliver the Buccaneers, which included that the aircraft be used only for defensive missions like the protection of the shipping lanes around the Cape.

However, the aircraft transferred to the country were later used by South Africa in combat operations in Angola and were planned to carry nuclear weapons.

The UK, later on, decided to cancel South Africa’s options of buying another batch of 14 aircraft.

By the year 1979, only six of the Hawker Siddeley Buccaneer remained in service with South Africa, with not less than 13 planes being involved in serious incidents leading to the loss of around 10 aircrews.

The country’s nuclear weapons program came to an end with the presidency of F. W. de Klerk, who came to power in 1989.

In 1991, South Africa signed the 1968 Non-Proliferation Treaty, two years after which de Klerk acknowledged the existence of the nuclear weapons program. During the same year, the remaining five Buccaneer aircraft which had remained airworthy were withdrawn, putting a final end to the nuclear weapons along with their potential carriers.