How Turkey Outclassed The UK With Their Own Technology To Develop One Of World’s Most Lethal Drones?

While the United States currently sits at the top of the throne in terms of developing the world’s finest armed drones, Turkey has steadily climbed the ladder as it continues to produce lethal, battle-tested combat drones.

Under the helm of President Recep Tayyip Erdoğan, Ankara has seemingly become the newest drone superpower, shaking the military balance of power in the Caucasus, the Middle East and North Africa.

However, one of the key contributors of the country’s road to success has been a Britain-based manufacturer who has provided vital assistance in the manufacture of the armed Bayraktar TB2 drones. 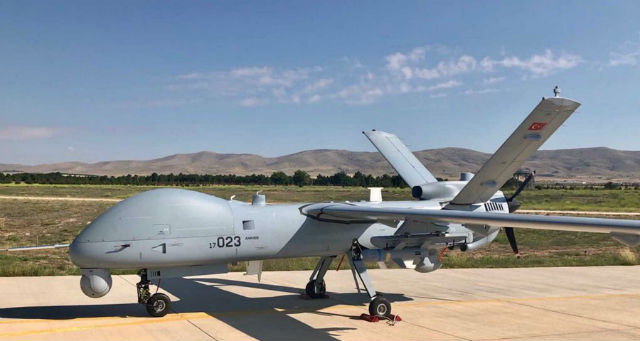 Located on the outskirts of Brighton in the UK, EDO MBM Technology devised and supplied a crucial missile component called the Hornet missile rack during the development stages of the killer drones. It enabled Turkey to overcome the obstacle set forward by the US’ export ban on the killer drones.

Currently, Turkey stands as a frontrunner in the market for advanced drone technology with the country’s security force running a fleet of 86 armed TB2s in a battleground which had earlier been dominated by the US and Israel.

As per a report filed in 2016’s Jane’s Defence Review, before Ankara went on to develop its own missile, the Bayraktar TB2’s manufacturer Baykar was supplied with the Hornet missile rack during the crucial development stages of the program.

However, Baykar has denied reports of importing any technology from the UK manufacturer with Baykar’s chief technical officer, Selçuk Bayraktar, stating on Twitter, that the Turkish drone giants did not purchase any component with the firm deciding on to design its own “much more advanced model at an affordable cost”.

The Bayraktar TB2s are medium altitude long endurance (MALE) unmanned combat aerial vehicles (UCAV) which are capable of being remotely controlled or for carrying out autonomous flight operations.

The drones which are primarily used by the Turkish Air Force (TAF) are monitored and controlled by aircrew in the Ground Control Station, including weapons employment.

The TB2s first took flight in 2014, with their development being fuelled by the US ban on exports of armed unmanned aircraft to Turkey, due to Washington’s fears of the drone technology being used against Kurdistan Workers’ Party (PKK) groups inside and outside the country.

Till date, Turkey has used the killer drones in three of its operations against Kurdish-led forces in Syria. According to Turkish Defence Ministry, the drones were also used to target and kill “five PKK terrorists” across the border in Iraq in a similar style carried out by the US in Pakistan, Yemen and Somalia.

According to experts, the drones have been developed especially with the goal of being deployed against Kurdish PKK separatists who have been engaged in a long-running violent insurgency in the south-east of the country.

At the moment, the Turkish military operates over 130 armed drones of several types which include five versions of the Anka plus the Karayel and the Bayraktar TB2.

According to Director of Drone Wars UK, Chris Cole – “What we are seeing is countries like Turkey becoming a major player in drone usage, which is, like the US, prepared to engage in targeted killing outside its own borders.”

Previous article
Rafales, SU-30 MKIs & LCA Tejas To Lead Indian Air Force Contingent As China Keeps A Close Eye On Indian Drills
Next article
Why T-90 Tanks Are The ‘Most Feared’ Weapon In The Indian Armoury Against China: US Military Analyst Explains