At a time when Armenia’s opposition and the media blamed the “expensive” Russian SU-30SM fighters for their troops’ defeat in the Nagorno-Karabakh war, a media report now claims, these aircraft were never involved in the military conflict, which killed over a thousand people since the fighting erupted on September 27.

Political Disaster: Why China’s Ladakh Misadventure Turned Out To Be A Strategic & Political Blow For Red China

According to Russian aviation website AviaPro, “Despite the statements of the Armenian defense department about the use of Su-30SM fighters to perform various kinds of combat missions in the airspace of Armenia and NKR, in fact, these fighters never even took off because of the fear of Armenia lose them in a battle against Turkish F-16s or when attacking Azerbaijani air defense systems.”

On Monday, Armenia’s Foreign Minister Zohrab Mnatsakanyan submitted his resignation amid the political turmoil within the country, days after Moscow brokered a truce between the two warring nations.

Turkey, which possesses a massive fleet of around 245 F-16s, had sent a contingent of around six fighters to Azerbaijan during a joint exercise earlier this year. Satellite imagery later suggested that a few of those fighters never returned to Turkey and were deployed within Azerbaijan to foil a potential Armenian attack.

While both the Russian-built Sukhoi Su-30 fighter and the US-made F-16 Falcon fall under the fourth-generation bracket of fighter jets, there is a reason why Armenia was cautious in coming up against their American counterparts.

While the Su-30M operated by the Armenians is a modernized 4+ generation version of the original Russian Su-30 fighter aircraft and is considered one of the finest dogfighters in the world, the F-16s operated by Turkey are different aircraft altogether.

The Turkish F-16s have been upgraded to the latest Viper variants, with the fighter integrating the advanced capabilities that help it to interoperate with fifth-generation F-35s, a deal that never came to fruition for President Recep Tayyip Erdoğan. The Viper possesses the ability to be deployed in the suppression of enemy air defense (SEAD) missions, air-to-air combat, while also being capable of carrying out maritime interdiction missions. 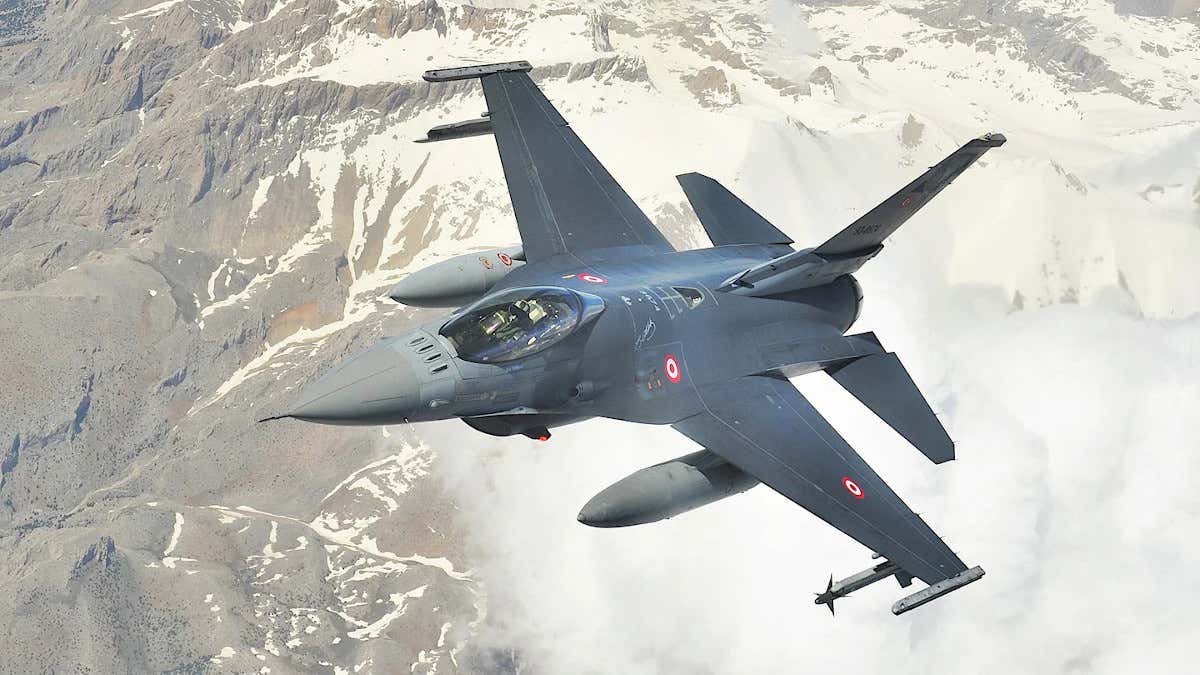 In addition, while the first F-16 flew half a century ago, the upgraded variants are considered a good platform for countries looking to replace the aging fleet of planes such as the Su-30s, according to defense writer Caleb Larson.

On Sep29,F-16 multifunctional fighter of the #Turkish Air Forces downed within the airspace of #Armenia in Vardenis region the SU-25 Fighter of Armenian Armed Forces which was carrying out combat tasks to repel attacks on military and civilian objects. #ArtsakhStrong #NKpeace pic.twitter.com/YHyIZO5Eb3

“Lockheed touts their F-16 as an ideal stepping stone for countries who want to retire their older Soviet-era MiGs and Sukhois, but can’t go straight into the F-35 stealth fighter program. Even some NATO member countries who aren’t currently F-35 operators may find it beneficial to upgrade to the older — but nonetheless nimble F-16 beforehand,” Larson said.