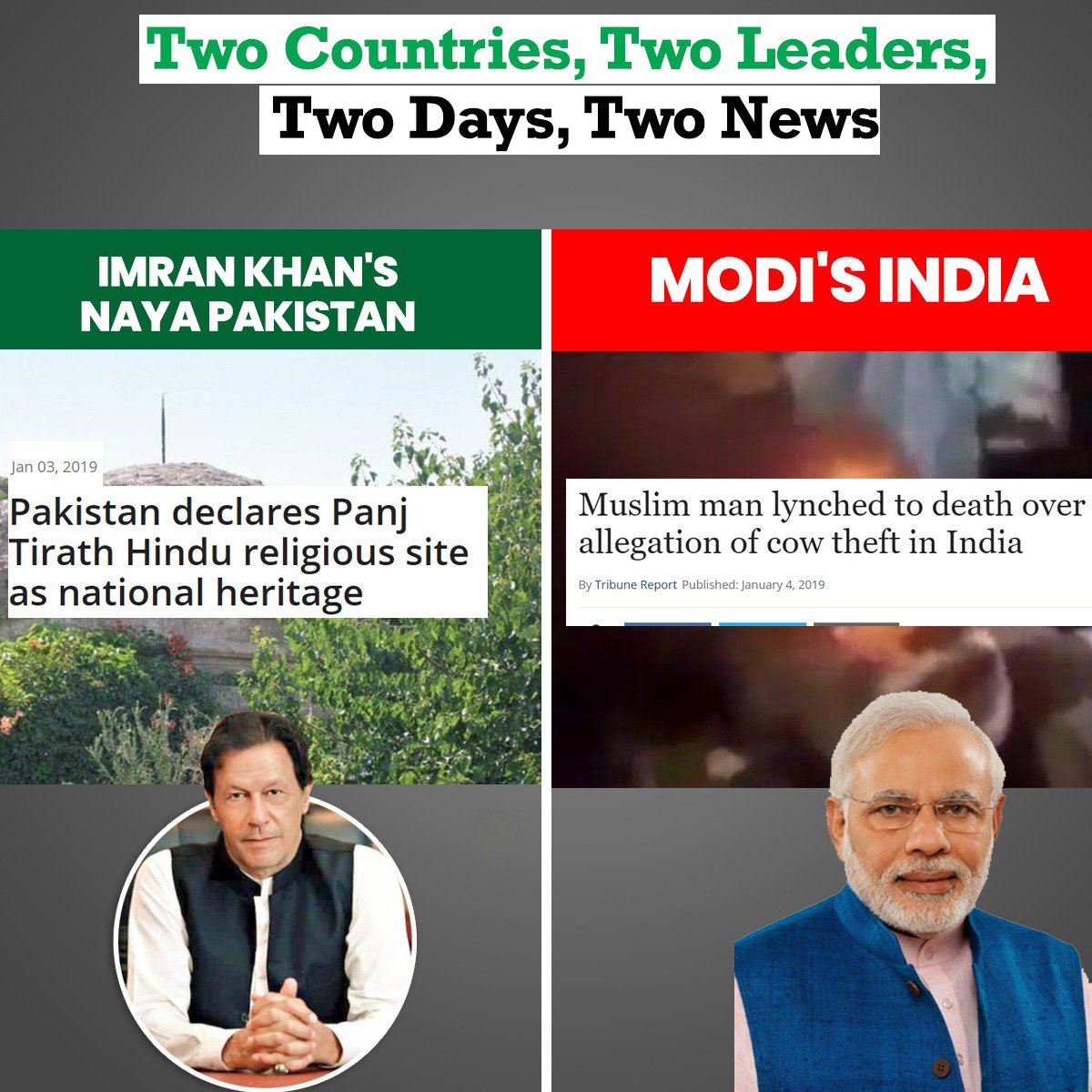 The tweet compares the leaders’ treatment of religious minorities through an image. “Two countries, two leaders, two days, two news” reads the image. Making the case for Imran Khan’s secular leanings the image shows a news clipping of recent decision by the Pakistani PM to declare the ancient Hindu religious site of Panj Tirath in Peshawar as national heritage.

Under the column for Indian Prime Minister Modi is the headline “Muslim man lynched to death over an allegation of cow theft in India”.

The headline is a reference to an incident that took place in Bihar’s Araria district on December 29. A 55-year-old man, identified as Mohammad Kabul, was beaten to death by an irate mob of around 300 people over suspicion of cattle theft.

The stark difference is further hammered in through the caption of the post, “Prime Minister Imran Khan believes in humanity and minority rights. Kartarpur corridor is a proof of this. While in India minorities are murdered in the name of religion. This is the difference which makes Imran Khan an esteemed leader.”

The Imran Khan government has continued to compare the treatment of minorities in his country and India. In December, the Pakistani prime minister had said minorities would be treated as equal citizens in “Naya Pakistan”, “unlike what is happening in India”.

Days before that, when a controversy brewed in India over actor Naseeruddin Shah’s comments on rising religious intolerance in the country, Khan said he had resolved to “show” Narendra Modi government how rights of every countryman are preserved.

“We will show the Modi government how to treat minorities…Even in India, people are saying that minorities are not being treated as equal citizens,” he had said in reference to Naseeruddin Shah’s statement.

Indians across fields, from Union Home Minister Rajnath Singh, MP Asaduddin Owaisi, cricketer Mohammad Kaif and even Naseeruddin Shah himself had slammed Khan for his jibe.

“The ruling party [of India] has an anti-Muslim, anti-Pakistan approach,” said Imran in a recent interview to a top US daily. He said India dismissed his suggestion of peace talks because of upcoming elections. “Let’s hope that after the election is over, we can again resume talks with India,” he had said.