India-China border tensions do not seem to have eased out despite commander level meetings. After occupying a nearly 8-km stretch of India territory on the north bank of Pangong lake, the Chinese PLA troops have created a massive signage in the area to claim the region as their land, reports the Times of India. 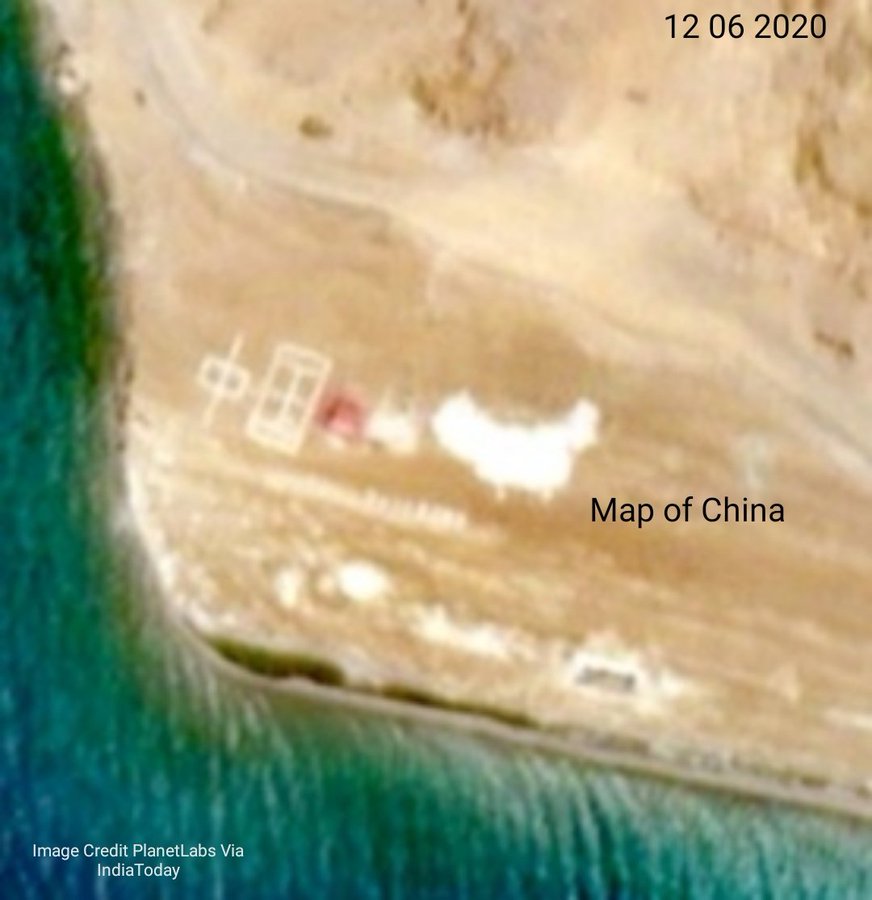 The report says that the 80-metre-long signage is in the shape of inscriptions and is designed to be noticeable from the air and even capable of being detected by satellites. It comprises of the Mandarin symbol meaning China with a map of the country.

“It clearly shows the Chinese PLA  troops have no intention of leaving the area any time soon. We, too, have counter-mobilised with additional Army and ITBP troops in the area since May for any eventuality. We want restoration of status quo ante, with the PLA pulling back to its original position,” TOI quoted an Indian official.

PLA soldiers have built scores of fortifications, prefabricated huts, bunkers and pill-boxes after occupying the ‘Finger-4 to 8’ area on the north bank of Pangong Lake in an extensive build-up since early-May. They have also taken control of the nearby heights and ridgeline to dominate the area, says the report.

The Chinese PLA soldiers, which has also boosted its positions on the south bank of the lake, wants Indian soldiers to retreat to the Finger-2 area. Ever since the deadly India-China border, Chinese soldiers have effectively blocked all Indian patrols from the Finger-4 to 8 area.

Meanwhile, as HindustanTimes reported, the Indian Army has deployed six T-90 tanks and anti-tank missile systems in the Galwan Valley sector indication that New Delhi is prepared for the worst-case scenario.

Akash is India’s indigenously developed surface to air missile that can engage multiple targets from various directions. The all-weather missile can engage targets at a speed 2.5 times more than the speed of sound and can detect, track and destroy targets flying at low, medium and high altitudes.