India and China are aggressively pursuing their ‘Lunar Ambitions’ and both the space-powers are set to launch their respective lunar missions – Chandrayaan-3 and Chang’e-5.

According to the latest reports, China could launch the Chang’e-5 lunar mission by the end of 2020, a senior designer said at the ongoing 2020 China Space Conference in Fuzhou. 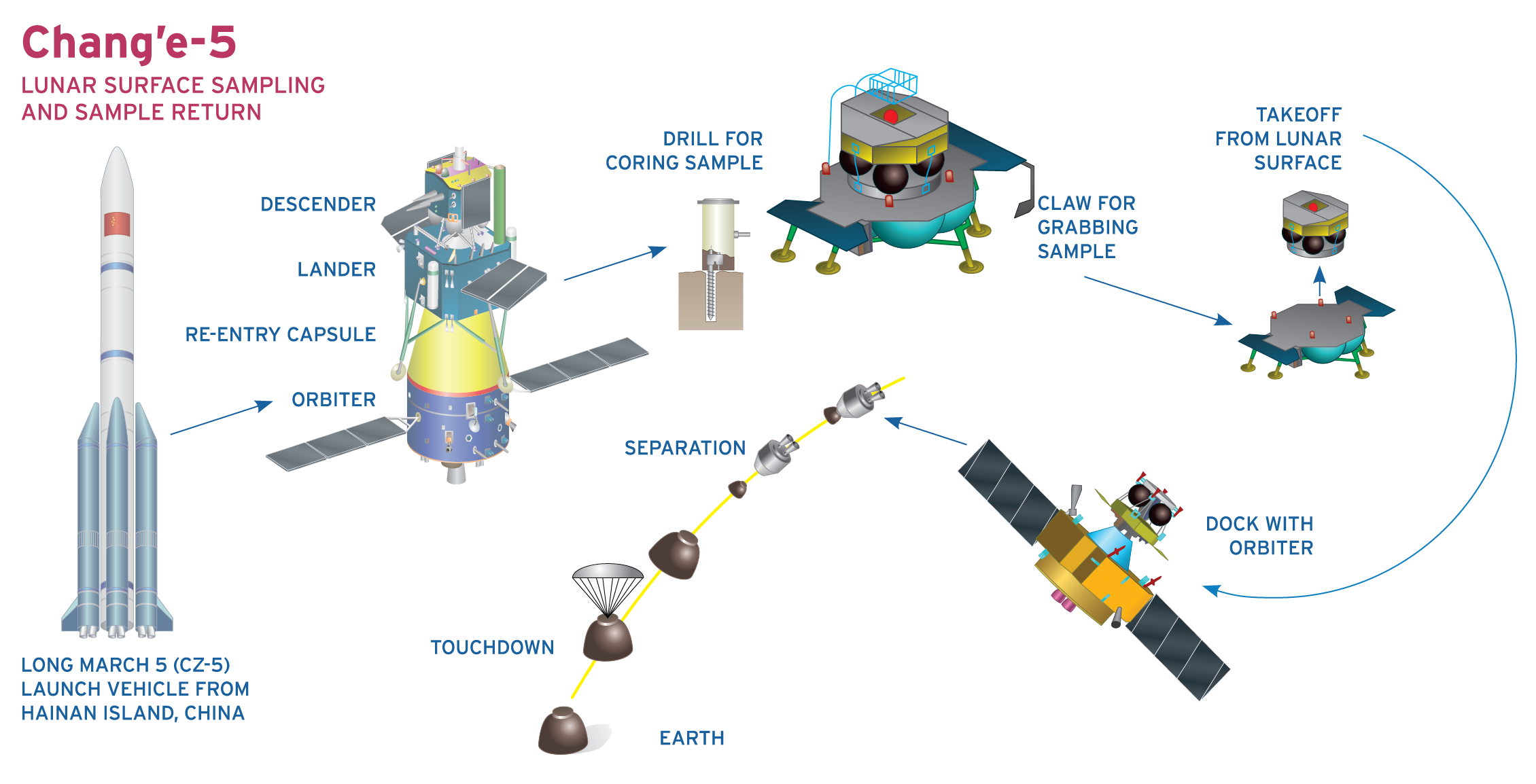 Yu Dengyun, the deputy chief designer of China’s lunar exploration program, said the mission is advancing smoothly, and the Chang’e-5 probe will make a soft landing on the moon and get samples back to Earth.

The Chang’e-5 probe is envisioned to realize lunar sample collection, take off from the moon, rendezvous, and docking on lunar orbit and high-speed reentry into the Earth’s atmosphere, marking breakthroughs in China’s space program, CGTN quoted Yu.

China is conducting an additional analysis for the research and development of space station and the manned lunar mission, and it prepares to set up an unmanned lunar research station for manned landings on the moon.

Meanwhile, as EurAsian Times reported earlier, the Indian Space and Research Organisation (ISRO) is gearing up to launch Chandrayaan-3 in 2021. The Chandrayaan-3 was planned after the Chandrayaan-2’s lander deviated from its flight path last year causing a ‘hard landing’, after which contact was lost with the rover.

With the Chandrayaan-3, ISRO aims to re-attempt the landing of a rover – completing its third lunar exploration mission. The mission would include only the lander and a rover, not an orbiter, unlike the former one.

A successful soft landing of the lander on the surface of the moon will make India the fourth country in the world after the USSR (Russia), USA, and China to achieve the feat.

Meanwhile, ISRO is also readying its first manned space mission – ‘Gagaynyaan’, which is expected to launch in two years. Constraints due to the COVID-19 pandemic led to some disruptions in the plan for Gaganyaan but efforts are going on to stick to the timeline of around 2022, according to reports.

Previous article
US To Re-Impose Biting UN Sanctions On Iran Despite Global Objections
Next article
No More Rafales! Why Indian Air Force Could Reject Second Batch Of Dassault Rafale Jets?