According to a statement from India’s Ministry of External Affairs,  “the Minister thanked the leadership of Bahrain for hosting more than 300,000 strong Indian community in Bahrain and for taking exceptional care of the community during the Covid-19 pandemic.”

The statement said Bahrain also appreciated the contribution of the Indian community to the development of the country and the assistance provided by India during the Covid-19 pandemic with the supply of medicines, medical equipment, and medical professionals.

Jaishankar held delegation-level talks with Bahrain’s Foreign Minister and discussed bilateral issues as well as regional and global issues of mutual interest. The two countries have agreed to further strengthen the historic India-Bahrain ties, including in areas of defense and maritime security, space technology, trade and investment, infrastructure, IT, FinTech, health, hydrocarbon, and renewable energy. 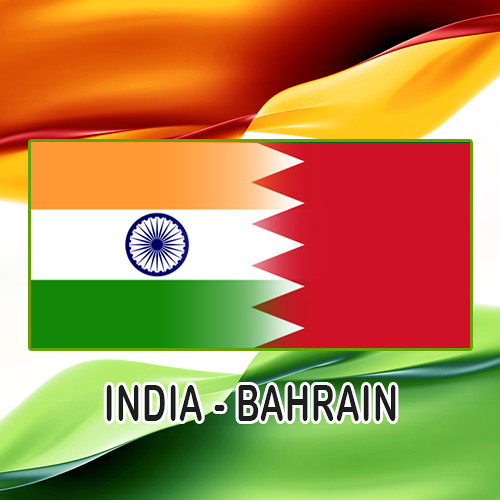 Jaishankar arrived in Bahrain on the first leg of his six-day three-nation tour to Bahrain, the United Arab Emirates, and Seychelles. His two-day maiden visit to Bahrain is seen as another step in fostering enhanced bilateral relations in the strategically important region.

The Bharatiya Janata Party-led government has given special precedence to India-Bahrain relations, with Narendra Modi becoming the first Indian PM to visit the Gulf state last year. The Indian PM signed agreements in the areas of space and military, with the two nations forming a collaboration with International Solar Alliance (ISA).

The Indian Space Research Organisation (ISRO) and Bahrain’s National Space Science Agency started their joint research in the area of space technology on a range of projects.

The Modi government is recognizing the need for deeper engagement with the Gulf Cooperation Council (GCC) countries and has forged unprecedented defense and trade partnerships with them in the past few years.

With the divide between the US and China-led blocks becoming deeper, and India’s continuous troubles with the Chinese, the country is realizing the need to elevate ties with the US-allied Gulf nations.

Bahrain is historically tied to the US and hosts US naval command headquarters for the Gulf region, with the two countries maintaining a formal Defense Cooperation Agreement (DCA) since 1991.

In 2004, Bahrain was designated by the United States as a “major non-NATO ally,” and there are nearly 5,000 US troops serving at the naval facility and other bases in Bahrain.

After India signed BECA with the US, that marked the beginning of a new era of military partnership, aligning close to the US allies will hugely benefit the country strategically, both against China and Pakistan.

With Israel and the Arab countries coming together as one allied group, it is time for India, which is closer both to the US and Israel, to embrace the Middle East to make that grouping even stronger.

The GCC countries’ growing closeness to Israel has meant that the Arab nations are prepared to go to any lengths to distance themselves from Pakistan in every aspect.

Pakistan has seen its ties deteriorating with many of these nations, which have snubbed the country on many occasions, especially on the Kashmir issue. Its alliances with Turkey and China have created more problems for the US-led alliance, which is why the experts are endorsing deeper relations between India and the GCC countries.

Pakistan PM Imran Khan plans to forge a non-Arab alliance with Iran and Turkey, and hopes for support from the bigwigs, China and Russia, only to end up antagonizing the US-led grouping, which sees the agenda as a conspiracy to throw it out from the Middle East.

The other members of this non-Arab alliance – Malaysia and China – have been most vocal against India’s claim over Kashmir.

Therefore, it seems India is now realizing that its geopolitical interests align with the new US-led GCC group of countries, including UAE, Saudi Arabia, Bahrain, etc. Although not part of the Quad group, these countries have exceptional military relationships with each other and buy all their weapons from the US.

This year has seen the formation of powerful transnational partnerships, with all the major powers aligning with either the US or China-led blocs, and Modi’s foreign policy has been unambiguous and unequivocal, as the recent BECA military agreement shows. Therefore, building deeper military cooperation with GCC countries such as Bahrain is seen as a step in the right direction.

Previous article
What Is US’ Deadliest Submarine Killer – The P-8 Poseidon Doing At 15,000 Feet On India-China Border?
Next article
Normalization Of Ties Between Saudi Arabia And Israel Not Possible During King Salman’s Reign: Reports