India has finally agreed to let a delegation from the European Union make a short visit to Jammu and Kashmir, according to Indian news agency – ANI. 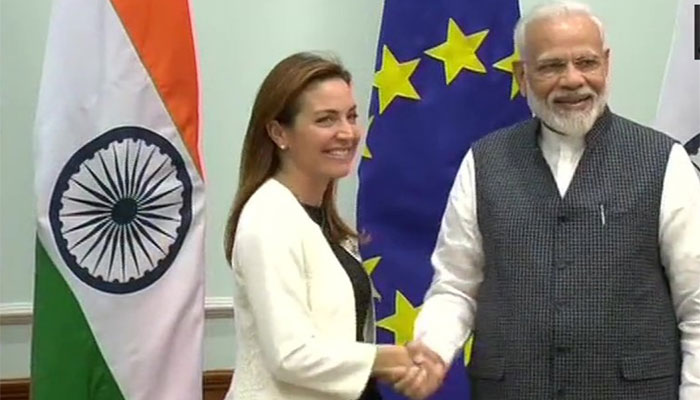 The decision was made after a delegation from the EU met Indian Prime Minister Narendra Modi and raised the alarming human rights situation of the valley in front of him.

Indian Prime Minister Narendra Modi had revoked the constitutional autonomy of Jammu and Kashmir on August 5 this year and imposed a military curfew in the area. Thousands of political leaders, businessmen, rights activists and other ordinary citizens were detained after the revocation.

Widespread allegations of torture and abuse of these detainees by the Indian security forces were published by the international media in the following weeks. These reports still continue to pour in.  According to ANI, the Indian premier discussed the issue of occupied Kashmir and the situation there after the abrogation of Article 370. The EU delegates also met Indian NSA Ajit Doval.