Steering Clear Of US-China Rivalry, How India Is Rapidly Growing Its Power & Influence In The ASEAN

There were several significant steps at the 30th-anniversary special foreign ministers meeting between India and ASEAN in New Delhi in May. One of them pertained to a closer engagement between the defense establishments of India and ASEAN countries.

The joint communique of the foreign ministers’ meeting had the following paragraph:

The meeting also looked forward to convening the Field Training Exercise of the ADMM-Plus Experts’ Working Group on HADR in Indonesia in 2023. The meeting also welcomed ASEAN-India cooperation in preventing and countering terrorism, the rise of radicalization and violent extremism, and combating transnational crimes through the early finalization of the Senior Officials Meeting on Transnational Crime (SOMTC)+ India Work Programme on Transnational Crime.”

It indicates that India would continue participating in the ASEAN Defense Ministers Meeting (ADMM). It would also introduce an informal meeting of ASEAN India Defense Ministers on the sidelines of the next ADMM-Plus, and undertake an ASEAN-India maritime exercise.

It is significant because India has primarily engaged with ASEAN diplomatically. Though there are nearly 30 working mechanisms, most are in functional areas ranging from agriculture to IT.

India has good relations with individual ASEAN countries. Coordinated patrols are regularly conducted with six of them. An India-ASEAN institutionalized meeting on defense did not go beyond bilateral meetings or meetings on the sidelines of the ADMM-Plus.

US Approves “World’s Most Advanced, Combat-Proven Missiles” To Japan Amid Russia, China Belligerence

What India is aiming to do is raise its profile with ASEAN in the defense sector. It has been doing it slowly and steadily since the Commemorative Summit of 2018 when Indian and ASEAN leaders discussed a retreat on maritime security.

There is progress, including at the India-ASEAN summit in 2021, when a joint statement on cooperation on the ASEAN Outlook on the Indo-Pacific was issued.

India continues to remain optimistic about linking the AOIP and IPOI. Singapore and Indonesia intend to work on some pillars of the IPOI.

It may be a good idea for India to persuade ASEAN to engage with the IPOI like India engages with the AoIP when the India ASEAN-India informal Defense Ministers meeting takes place.

That will follow the pattern set by partners like Japan, China, and the US, who utilized their participation at ADMM-Plus meetings to engage ASEAN Defense Ministers separately.

They are increasingly becoming more critical, particularly since the ASEAN Regional Forum (ARF), the oldest among ASEAN-centric bodies since 1994, has become unwieldy and lost focus. The ARF has 27 members, whereas the ADMM-Plus is restricted to 18 countries. It is more like a restricted meeting of the Defense Minister of countries within the East Asia Summit.

This leaves them with time to focus and have a shared endeavor. While some are in a continuum, others emerge due to the initiative of the respective chairs. Like most ASEAN- centric bodies, the ADMM-Plus is also chaired by the ASEAN Chair for the year. When Indonesia becomes the ASEAN chair for the year 2023, it will head the ADMM Plus, the post occupied by the present chair Cambodia.”

In June 2021, the 15th ASEAN Defense Ministers Meeting and the 8th ADMM-Plus were hosted by Brunei. They pursued nine sectors, four of which conceptual documents looking at enhancing the telecommunication infrastructure in ASEAN, enhancing ASEAN links with its partners, enhancing cooperation for information security, and establishing an IT center for the ASEAN defense sector were approved.

Besides adopting these documents, the Bandar Seri Begawan Joint Declaration on the 15th anniversary of the ADMM was also adopted. It showed the importance of increasing preparedness for a future of peaceful prosperity in ASEAN and emphasizing enhancing defense operations among their member states. Brunei had developed this consensus.

This year, Cambodia hosts the ADMM-Plus, and it is expected that strategic issues like strengthening the role of the armed forces of ASEAN member states, increasing their capacity to deal with cross-border disease transmission, and enhancing the role of ASEAN women in peacekeeping operations will be among the focal points.

The ASEAN-Australia and ROK informal meetings of Defense Ministers took place in November 2021. Australia’s 2020 vision for defense engagement with ASEAN is a single document that brings together various facets often mentioned in RMs speeches to the ADMM-Plus in recent years.

In almost all these meetings’ issues like Myanmar, terrorism, the situation on the Korean peninsula, climate change, and regional rivalries around the South and East China Seas remain the focus. In that sense, the agenda is not very different from the ARF.

What is different is that the Defense Ministers are talking about things here, which means added responsibilities and different perspectives. On 22 June, Cambodia included Myanmar DM in the ADMM meeting in their capital despite objections.

Like other ASEAN-centric bodies, the ADMM-Plus also suffers from the same disabilities. It requires a consensus among all ten ASEAN countries, which is now becoming more demanding on Myanmar, Ukraine besides China in the SCS. 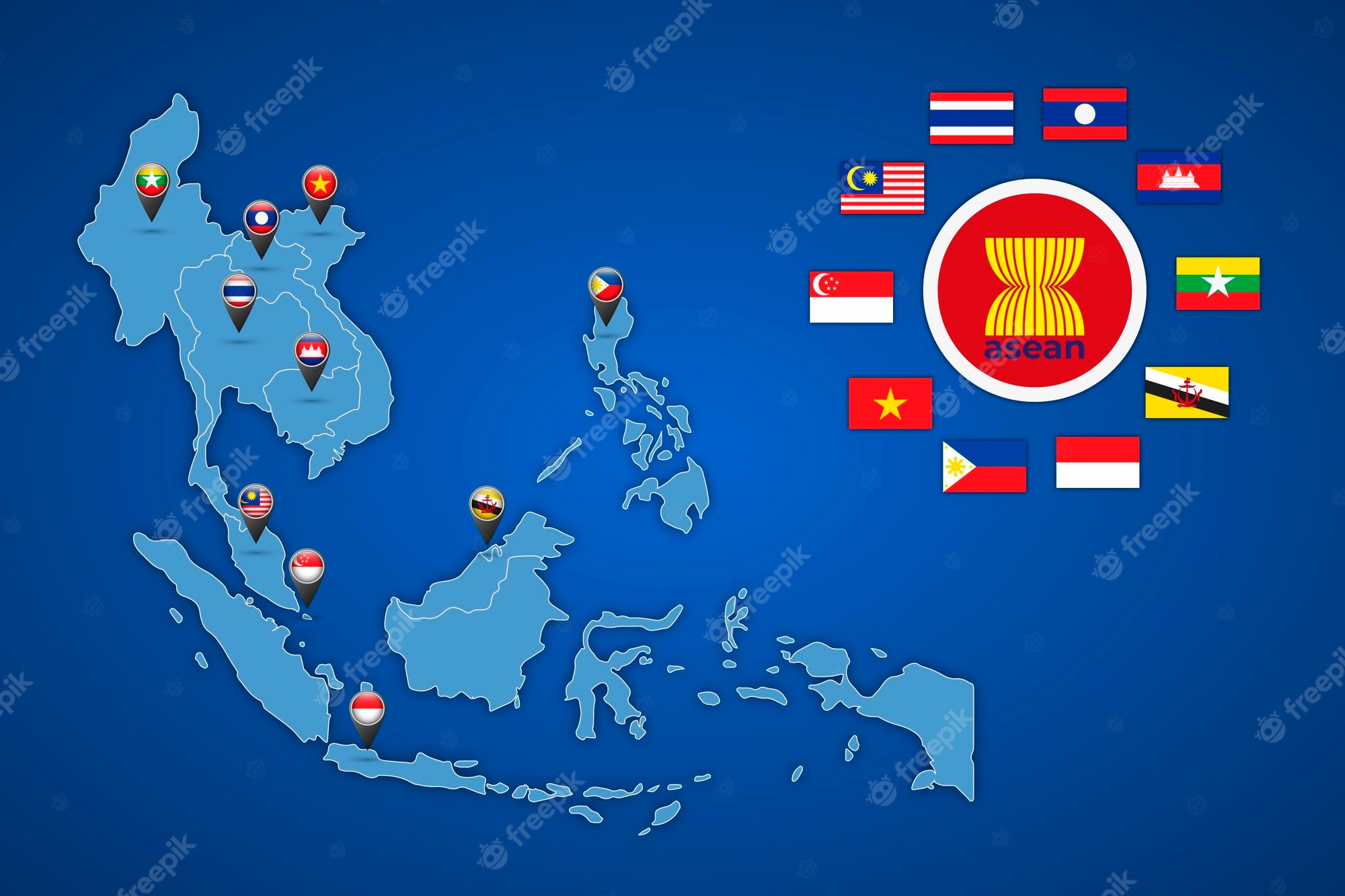 Among the partners, there are divisions with China and Russia opposing the Indo-Pacific focus of the Quad countries who are all in the ADMM+ ASEAN like to avoid power rivalry and thus focus on softer issues like non-traditional threats, particularly HADR.

The ASEAN center on military medicine and the network of ASEAN chemical, biological and radiological defense experts seek capacity building from partners.

The vigor with which individual partners utilize the ADMM-Plus leads to their success. The Chinese veto has prevented a US-ASEAN maritime exercise from repeating after 2019.

China expanded its defense footprint by holding the carrot of the long-awaited code of conduct (CoC) in the SCS. ASEAN is hesitant to rock China’s boat because they are keen to get the CoC despite the decades gone by.

The US, followed by Australia and Japan, wants ASEAN to be more determined in confronting China’s transgressions in the SCS.

India steered the Quad towards a functional rather than security approach towards ASEAN. It adopted the same approach bilaterally with ASEAN.

This is why the ADMM-Plus was not among the priorities for India-ASEAN engagement for many years. Now that India wishes to increase its imprint in the Indo-Pacific and ASEAN countries often feel comfortable with India, it is increasing its engagement through the ADMM-Plus, just as it is doing bilaterally with ASEAN countries.

However, India is trying to steer clear of the US-China rivalry. India has recently avoided going to the Shangri La dialogue, where US-China rivalry comes out in the open, and the uneasiness of ASEAN nations is evident.

India believes that engaging ASEAN must be on their terms and at the pace they are comfortable with. This is the basis of the joint statement on the AOIP.

There is now greater acceptance by ASEAN of India’s more significant role in ADMM-Plus, and, therefore, their agreement for an informal meeting of ministers and an India-ASEAN maritime exercise.

These should focus on enhancing bilateral and functional engagement without taking on China or toeing the US line. This will give India the necessary space to engage ASEAN. ASEAN will see this as part of its strategic autonomy, as will India.