India or Pakistan – Who Will Get ‘Nizam of Hyderabads’ £35 Million Cash Stashed in London Bank?

The British High Court is set to decide whether £35 million – belonging to Nizam of Hyderabad at the time of partition in 1947 which was given to Pakistan for safe-keeping in a London bank account – belongs to Pakistan or India. 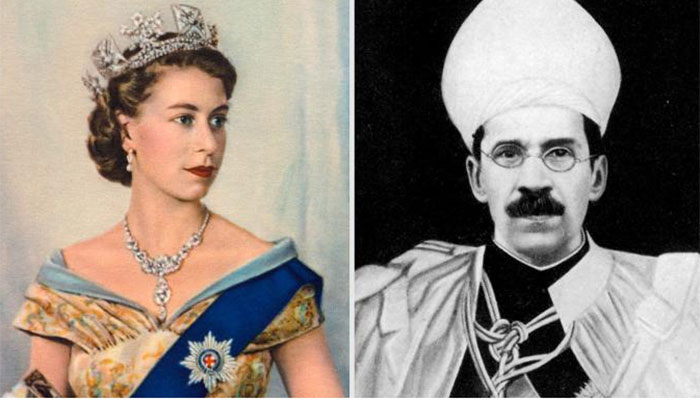 The £35 million, Prince Mukarram Jah, the eighth Nizam of Hyderabad and his younger brother Muffakham Jah, have joined hands with the Indian government in the legal fight against the Pakistan government over the £35 million funds lying with NatWest Bank in London.

The original amount was about £1,007,940 – transferred in 1948 from the then Nizam of Hyderabad to the high commissioner in Britain after Pakistan came into being. The amount has since sat in the Natwest Bank and its value, accruing interest, has increased to around £35 million in around 70 years.

The two-week trial presided over by Justice Marcus Smith, has been presented with arguments from both sides in the case listed as the High Commissioner for Pakistan in the United Kingdom versus seven others, including the Nizam’s ancestors, the Union of India and President of India.

The judge will decide within two months about the fate of £35 million. It is expected that the judge will address the central question of who exactly is the “beneficial” owner of the funds belonging to the late Nizam Osman Ali Khan.

It is Pakistan’s contention that the Nizam of Hyderabad had sent the money for Pakistan in the first place. Pakistan says that the money was a gift to the people of Pakistan from the Nizam for the help Pakistan provided to him during India’s annexation in 1948.

NatWest Bank has held on to the funds deposited into the London bank account of then Pakistan High Commissioner Habib Ibrahim Rahimtoola in safekeeping until its rightful legal owner is established.

When the 7th Nizam transferred the £1 million to the then Pakistan ambassador in London Habib Ibrahim Rahimtoola, the ambassador agreed “to keep the amount mentioned by you in my name in trust”.

Paul Hewitt, the partner of law firm Withers acting for the claimants, said the 7th Nizam’s successor, Mukarram Jah “and his younger brother have waited decades to receive what their grandfather gifted them. Pakistan has blocked access for 70 years and we hope the recent trial will mean a final resolution at last”.

According to the claim by Nizam’s descendants, the Nizam had a second thought and he had assigned the money to the state of India under an assignment signed in 1965, two years before his death in 1967.

Court papers on behalf of the Nizam’ descendants and other claimants state: “India’s claim to the fund is by way of the purported 1965 Assignment by the 7th Nizam; Pakistan relies on actions almost 20 years earlier to challenge India’s ability to rely on that Assignment”.

Pakistan’s leading counsel Khawar Qureshi QC argued during the trial that the “international, military and political context” of the original transfer was a response to India’s violation of assurances from the British and the United Nations that India would not be allowed to invade Hyderabad.

Khawar Qureshi QC, who has represented the state of Pakistan recently at the International Court of Justice (ICJ) in Indian spy Kalbhushan Yadav case, said: “Pakistan had assisted Hyderabad in her attempts at self-defence against Indian aggression by arranging the supply and transportation of arms to Hyderabad.”

The case also involves an MI6 spy who was convicted of gun-running during the first India-Pakistan war. The Nizam had given money to Pakistan’s envoy because he feared that his money — as well as the state’s sovereignty – would disappear and only Pakistan could be trusted with his money.

Scions of the Hyderabad Nizam have previously attempted to get the money but failed as Pakistan maintained that it doesn’t have to return the money. In the 1950s, Lord Denning, sitting in the House of Lords, accepted the Pakistan government’s argument that it had state immunity from legal action. Lord Danning had ruled that the cash should stay put and neither party could collect the money. Nothing happened until 2013, when the Pakistani government instructed Cherie Blair QC, wife of the former British prime minister, to try to retrieve the cash.

The eighth Nizam and his brother fought case independently but struck a deal with Indian government a few years ago to fight together against Pakistan. In return, India has allowed the Nizam brothers to use their royal titles during the London court hearing, something which is not allowed in India.