Pakistan PM Imran Khan addressed the joint session of Parliament on Tuesday and stated that India revocation of Article 370 in Jammu and Kashmir will have global consequences. 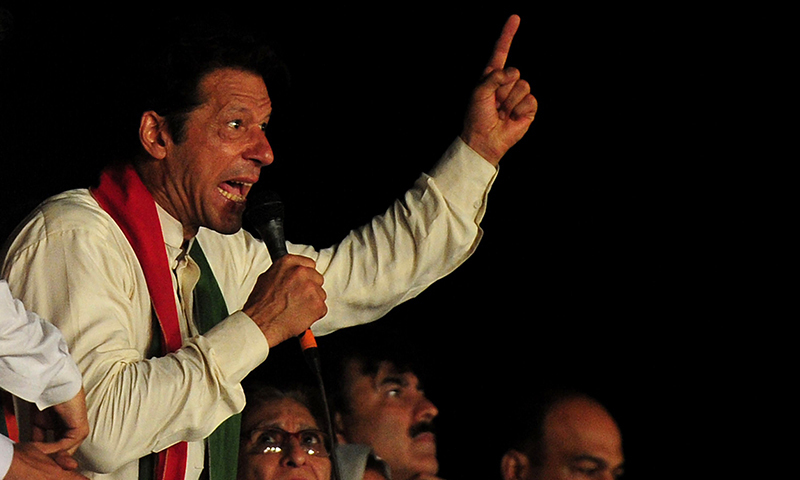 “When I spoke to Narendra Modi he expressed his reservations. I told him that when in 2014 the Army Public School tragedy took place all political parties came on the same page and signed the National Action Plan. After this, we tried to start a dialogue with them and realised that they were not interested.”

“Then Pulwama happened and we tried to make them understand that Pakistan had no role in this. But there were elections and they created war hysteria in the country to create an anti-Pakistani sentiment and win the elections,” Khan added.

Khan said that during the SCO Summit in Bishkek he had realised that India had no intention of talks with Pakistan.  According to Khan, during his meeting with US President Donald Trump, he requested that the US should intervene between India and Pakistan over Kashmir.

“This is part of their election manifesto,” Khan informed Parliament about Bharatiya Janata Party’s (BJP) ideology, saying their forefathers were the RSS.

“They (BJP) have a racist ideology. In Kashmir, they have acted according to their ideology, against their constitution, Supreme Court verdict and United Nations resolutions.”

PM Khan emphasised that the Kashmir struggle would intensify after India’s move of abolishing Article 370.  “They (BJP) do not consider Kashmiris as their equals. They will try to crush them which will lead to a reaction which can be a Pulwama like incident. They will blame us [Pakistan] for this.”

The prime minister feared that there would be ethnic cleansing in Kashmir. “I kept on telling them after Pulwama that two nuclear-armed neighbours cannot take such risks and we should resolve our problems through dialogue.”

Khan warned of a conventional war between Pakistan and India in light of another Pulwama like situation. “This will be a war that no one will win and the implications will be global.”

Khan assured that this was not nuclear blackmail but he was appealing to common sense. “Is the world prepared for this? We appeal to the world that a country which is violating laws, there will be serious consequences if the world does not intervene.”

The Prime Minister compared the BJP to the Nazi party in Germany. “Theirs is the ideology which killed Mahatma Gandhi. If the world does not act and does not uphold its own laws then we will not be responsible.”

“I want to make it clear that we will fight this at every forum,” Khan said.  PM Khan added his party would travel to the West and inform them of the violations taking place in Jammu and Kashmir. “It is our job to raise this issue in the world.

Previous article
US, Israel and Saudi Arabia Are Slowly But Steadily Choking Iran – EurAsian Times Analysis
Next article
US Troops Ready To Leave Afghanistan After Striking A Deal With Taliban: Officials