“All the best.. Kill the Beast” were the last words of Assistant Commandant of CoBRA battalion Nitin P Bhalerao, before going on his last operation against the Left-wing extremists — also known as Maoists or Naxalites– in the Sukma district of Chhatisgarh, central India.

Bhalerao was an officer in the Special Operations or CoBRA battalion of the Central Reserve Police Force (CRPF); he joined the service as a Sub-Inspector 10 years ago. His colleagues say Bhalerao strove to be the best in whatever task he took up, led missions against the Maoists from the front that earned him accolades.

Bhalerao, 33, died when the Maoists triggered an improvised explosive device (IED) blast at 8.30 pm, during a special operation near Arabraj Metta Hills, just 6 km west of the Burakpal Base Camp of the force.

A total of eight commandos were injured in the operation, including the second-in-command (2IC) Dinesh Kumar Singh. Bhalerao was critically injured and battled for seven hours before succumbing to the wounds, at 3.30 am on November 29. The rest were declared out of danger.

Anand Prakash Maheshwari, Director General of the CRPF, paid his tributes on Twitter, “CRPF stands shoulder to shoulder with the family. The sacrifice won’t go (to) waste. We would carry forward the mission with more vigor and synergy and not let adversaries succeed in their dastardly acts.”

A resident of Nashik, Maharashtra, Bhalerao was planning to return home around his birthday on December 21. His sister-in-law Vrushali told The Indian Express that he usually came each year around Diwali to celebrate the festival with family, but this time he delayed it because he wanted others in his unit to go home for Diwali, himself staying for operational duties.

“We are very proud of his sacrifice,” she said. His friends described him as someone who loved his uniform. “He always wanted to be at the forefront. I wish he had stopped somewhere.”

Bhalerao had earlier served in Gujarat, Jammu and Kashmir, and Delhi. After joining in 2010 as a Sub-Inspector, he appeared for Limited Departmental Competitive Exam and was promoted to Assistant Commandant in 2018. He was declared the best outdoor trainee at CRPF’s Internal Security Academy in Mount Abu. He had then undergone a “guerilla warfare” training at the CoBRA School of Jungle Warfare and Tactics in Belgaum, where again he was adjudged the best all-round trainee. 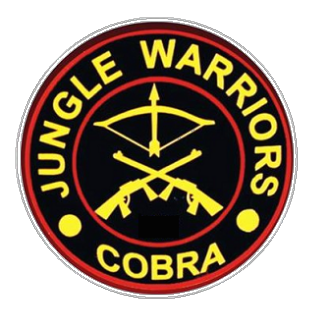 The CoBRAs were raised as a specialist guerilla and jungle warfare unit of the CRPF to deal with the Maoists in Central India. They are one of the best jungle warfare units in the whole spectrum of the Indian security forces and have proved their mettle in combating Islamic terrorists in Jammu & Kashmir too.

The CoBRAs have received two Shaurya Chakras, an Indian military gallantry award. CoBRA Commando Ashish Kumar Tiwari bagged the award for single-handedly pinning down a squad of Maoists, which resulted in the killing of a top Naxal leader. The second recipient is Assistant Commandant RV Mishra who took down a group of 32 Maoists in Jharkhand in a clandestine operation with a team of eight. Five Naxals were killed in the encounter; a mine shredded Mishra’s leg while trying to save a colleague.

The Naxalite Problem In India

Later, it spread to rural areas of southern and eastern India, such as Chhattisgarh, Odisha, Andhra Pradesh, and Telangana through the activities of underground groups like the Communist Party of India (Maoist). Over the years, some Naxal factions ceased to exist while a few of them came overground. The one which is currently operating in western, central, and eastern India is the CPI (Maoist).

The Maoists have been declared as terrorists in India. A 2019 report by the US State Department mentioned that the Indian Naxals are the 6th deadliest terrorist organization in the world, after the Taliban, the Islamic State, the Al-Shabaab, the Boko Haram, and the Communist Party of Philippines.

It has been alleged that about 40% of the Naxal funding comes from narcotics and drug trafficking, according to ‘Funding Pattern in Naxal Movement in Contemporary India’ by Om Prakash. According to a June 3, 2018 India Today report, more than 60 kg of high-quality heroin worth Rs 250 crore in the international market was seized that year by the authorities out of which crude heroin smuggled from Naxal areas cost more than Rs 70 crore.

“Agencies claim that the change in the route has happened in the wake of a major crackdown on cross-border drug cartels, the authorities claim. There are certain areas/blocks in Jharkhand, especially Naxal-affected areas around Chatra district, and hill terrains of Manipur where people cultivate opium illegally. They then process it into pure heroin and transport it to Delhi and UP through carriers,” the report said.

In 2018, police arrested five rights activists in various cities of India on charges of having links with the CPI (Maoist). The Supreme Court in September refused to interfere with their arrest, saying there was prima facie material to show that they had links to a banned Maoist group and rejected their argument that they were arrested for their dissenting views, according to Hindustan Times.

A large part of the funding also comes from extortion money from the mining companies in the region as Central India is one of the most mineral-rich areas in the country, according to a study titled, ‘Hearts and Mines: A District-Level Analysis of the Maoist Conflict in India’.

Previous articleIndia’s Modi Govt Falls In Pakistan’s Trap By Its Thoughtless Criticism Of The OIC
Next articleAmidst Ladakh Standoff, India, China Battle It Out For Influence In All Of South Asia Inc New Battleground – Nepal