Vietnam and India share a deep-rooted relations and the Vietnamese Government, people and the army always attach great importance to further enhance its relations with India, a senior Vietnamese official has said. 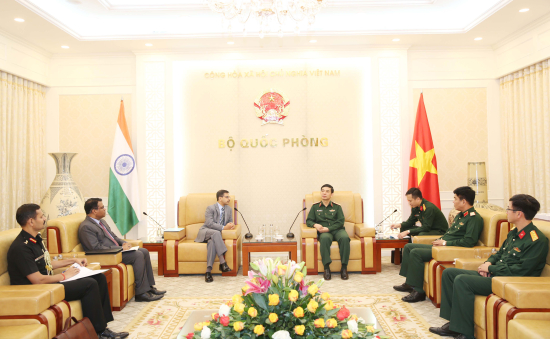 Sen. Lieut. Gen. Phan Van Giang, Chief of the General Staff of the Vietnam People’s Army (VPA) and Deputy Minister of National Defence, made the statement at a reception for Indian Ambassador to Vietnam Pranay Verma in Hanoi on November 15.

Sen. Lieut. Gen. Giang highlighted the expansion of defence cooperation between India and Vietnam in recent years, saying that the two sides have continued visits and meetings of senior military leaders.

Vietnam wants and is willing to continue to bolster friendship and comprehensive cooperation for mutual benefit with India in all areas, he emphasised.

For his part, Ambassador Verma agreed with the host’s proposal, while expressing his impression on the country and people of Vietnam.  He affirmed that during his term in Vietnam, he will do his utmost to promote cooperation between the two nations, including collaboration in defence.

India’s multi-role Tejas fighter has captured the imagination of the Malaysian air force for quite some time now. The 4.5 generation Light Combat Aircraft...
Read more