India, US To Conduct Major War Drills Near Pakistan Border

It is no surprise that New Delhi has been focusing on strengthening its aerial fleet, be it for the IAF or the Indian Navy, however, each project is being looked at individually.

Prime Minister Narendra Modi-led Cabinet Committee on Security has cleared the acquisition of 83 LCA Mark 1A fighters and is now set to sign the deal worth Rs 50,000 crore during Aero India 2021, being held in Bengaluru from February 3-5. 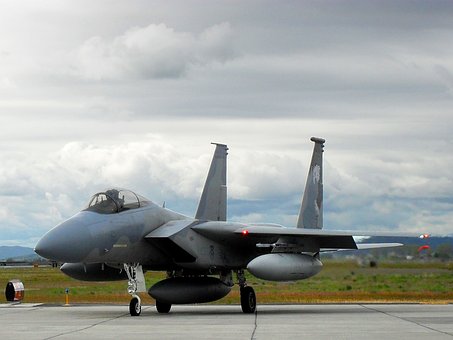 Following the contract for the LCA Tejas fighters, India’s focus will be on completing the deal for the 114 fighter jets, news agency ANI reported quoting government sources.

“The 83 LCA Tejas would be replacing the four squadrons of the MiG-21 fighter jets which are set to be phased out in near future. The focus would now be on the 114 fighter jets project,” the sources told ANI.

Similar to the Rafales, the deal for acquiring the 114 fighters is looked at as another means to provide reinforcements for the depleted squadrons of fighter jets for the IAF.

The IAF has already issued a Request for Information (RFI), indicating India will first gather data on various multi-role fighters from across the globe.

Its next step would be to move a proposal for getting the Acceptance of Necessity (AoN) before the Indian Defence Ministry for the multi-billion dollar project to go forward.

This will enable the IAF to acquire a large number of fighters falling under the 4.5 generation bracket that will all match the capabilities of the Omni-role Rafale fighters.

Among the fighter jets that are offered for the contract include US F-15 Strike Eagle, F-18 Super Hornet, and an F-16 variant, which is known by the name of the F-21.

In addition, Swedish aerospace giant SAAB has made a pitch for its Gripen fighters for the deal.

India, which is not unfamiliar with the Gripen fighters, might acquire the Gripens which would be far more advanced than the ones offered for the IAF back in 2007.

Russia, which has been India’s traditional military partner, is likely to offer its advanced MiG-35 and a Sukhoi fighter.

Moreover, there is a big possibility of France yet again putting forward their Rafale fighters for the contract, with IAF Chief Air Chief Marshal RKS Bhadauria recently saying that the Dassault fighters still remained one of the strong contenders for the 114 fighter acquisition project.

The capabilities of the fighter jets, as well as the price at which they are being offered, is set to be the main conditions for the IAF before they select the right fighter for the program, sources told ANI.

Parameters are also being developed by the IAF on the basis of which it will select the fighters which would be both single-engine and double-engine.

Once finalized, the new aircraft are likely to fulfill IAF’s requirement for fielding a strong fleet of advanced fighter jets for the next four decades.

Previous articleEarthquake Or Sonic Boom: How Residents Of Utah, US Were Rattled By F-35 Jet
Next articleIndia Gives ‘Massive Boost’ To Defense Modernization, But Earmarks Small Allocation To Military Budget

Goodbye Netanyahu: Why Israel’s Naftali Bennett Government Will Need To ‘Unlearn’ Five Lessons From The Past