The Indian Navy has completed basin trials for its first indigenous aircraft carrier (IAC-1) Vikrant, the Defense Ministry said on Monday. According to official sources, the ship shall see extensive sea trials starting early next year.

The IAC-1 would bear the same name as that of the legacy aircraft carrier INS Vikrant, which was a British-built Majestic Class carrier retired in 1997 and scrapped in 2014.

The old carrier played a key role in enforcing the naval blockade of East Pakistan during the 1971 India-Pakistan war, also known as the Bangladesh Liberation was. 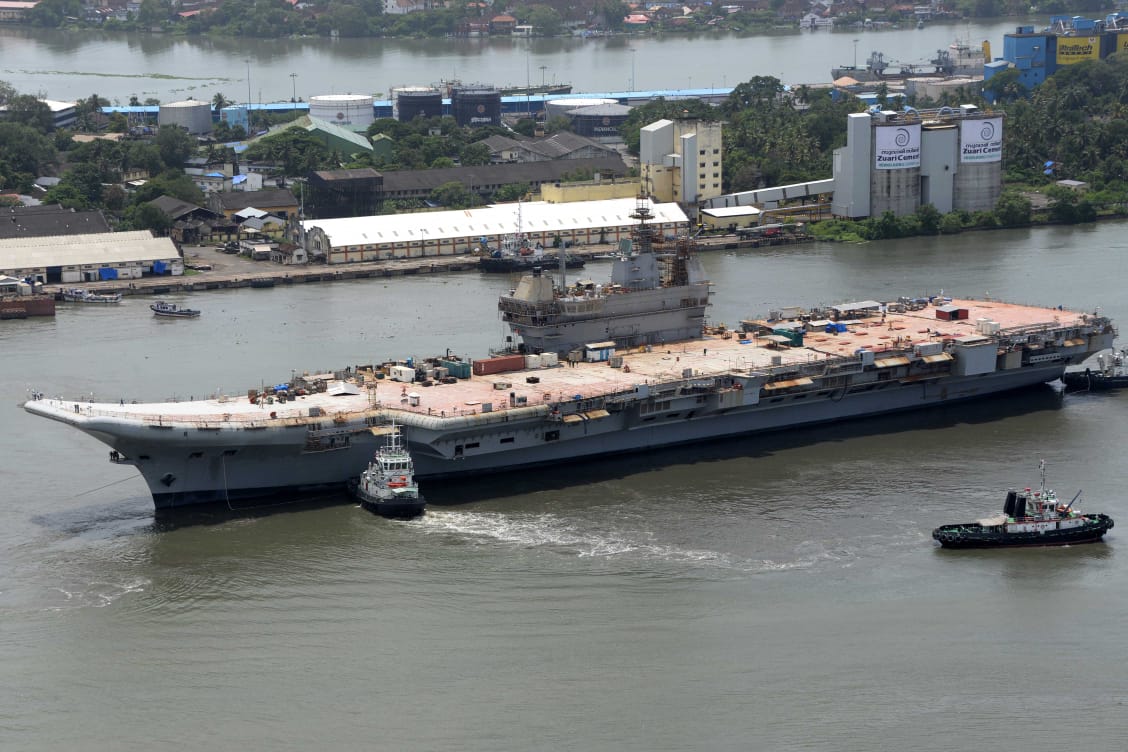 Basin trials are conducted to test the propulsion, transmission, and shafting systems of the vessel.

The ship is poised to be commissioned in late 2021 or early 2022 and would carry a complement of approximately 30 fixed-wing fighter aircraft, and about 10 rotary-wing aircraft which might include the American MH-60R, Kamov Ka-31, Sea King, and (possibly) the Naval variant of Advanced Light Helicopter (ALH) Dhruv.

While the MiG-29Ks are seen as the most cost-effective option, Boeing’s F/A-18E/F Super Hornets and Dassault’s Rafale M are also competing for the orders.

The American company has already supplied the Indian Navy with P-8I Neptune aircraft, and the Indian Air Force with AH-64E Guardian and CH-47 Chinook helicopters. The French firm, Dassault, has already bagged an order for 36 Rafales.

“With focused and committed efforts of the Indian Navy and Cochin Shipyard Limited, it is only a matter of time that the IAC — the Nations Dream — would be sailing the high seas bearing the National Tricolour,” the statement said.

The sources also said that the work on the ship continued despite the ongoing Covid-19 pandemic and that the CSL and the Indian Navy worked cohesively for ensuring timely completion of the basin trials which started in September.

Onboard the carrier, extensive trials of all four LM2500 gas turbines, main gearboxes, shafting, and controllable pitch propellers, along with their integrated control systems, were carried out during these trials.

In addition, major auxiliary equipment and systems such as steering gear, air conditioning plants, compressors, centrifuges, all 60 critical pumps besides the entire internal communication equipment were also tested during the harbor-trial phase.

The new Vikrant is in a short take-off but arrested recovery (STOBAR) configuration and has a ski-jump ramp to assist aircraft operations, much like the currently serving INS Vikramaditya aircraft carrier.

**Russia defines the Northern Sea Route as a shipping lane from the Kara Sea to the Pacific Ocean, specifically running along the Russian Arctic...
Read more
Load more