The Indian Army has reportedly offered the Pakistan Army to take over the dead bodies after a thwarted attempt by a Border Action Team (BAT) Pakistan.

Pakistan Army has been offered to approach with a white flag and take over the dead bodies for last rites. Pakistan Army is yet to respond.

Earlier, The Indian Army has reportedly foiled an infiltration attempt by the Pakistan Army’s Border Action Team (BAT Commandos) in Jammu and Kashmir’s Keran sector. Due to the time action by the Indian forces, at least five BAT commandos were killed, as per reports in the media. 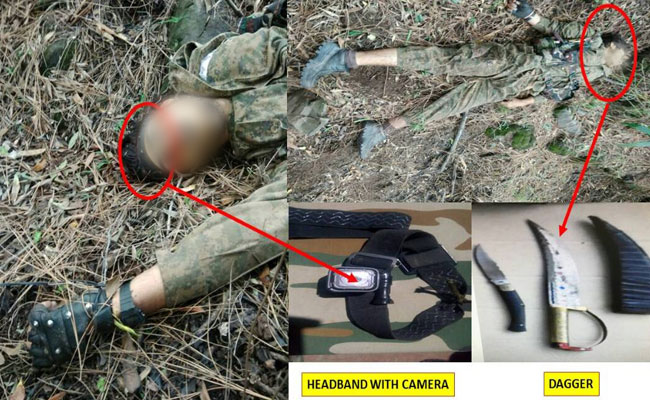 The target for the strike was a forward post in the Keran sector, the army said. Images released to the press showed the bodies of intruders (speculated to be BAT Commandos) be lying on the Indian side of the Line of Control.

The incident, known to have taken place within the last 36 hours, comes amid heightened security in the state that has also triggered an unprecedented advisory to pilgrims and tourists to leave the state immediately.

“It clearly indicates the complicity of Pakistan in terror activities. Security forces will continue to respond to all nefarious activities along the Line of Control and hinterland,” army sources said. However, there have been no attempts in the last 36 hours by Pakistani forces to target Amarnath Yatra pilgrims, sources said.

BAT commandos include regular Pakistani soldiers and terrorists to carry out cross-border operations in an effort to dominate the line of control and inflict heavy losses on the Indian Border troops. Pakistan army’s Special Services Group (SSG) forms the core of BAT teams which has been linked in various attacks on the Indian side of the border.