Indian news outlet operating from Jammu and Kashmir – Greater Kashmir revealed that the nation’s paramilitary forces have deployed the famous Sherpa armored vehicles in the region.

Why The World’s Best Tank – The American M1 Abrams – Needs An Urgent Replacement?

The vehicle is already in service with the National Security Guards (NSG) and with select units of the Central Industrial Security Force (CISF) to guard critical facilities.

The current news of the induction of the Sherpa comes for the Central Reserve Police Force (CRPF), which is the main internal force under the Home Ministry of the country and is christened as the largest paramilitary force in the world with more than 300,000 personnel in service.

In addition to these new Sherpas, the service has been operating the Indigenous Mine-Protected Vehicle (MPV) as its mainstay MRAP (Mine-Protected Ambush Protected) vehicle. 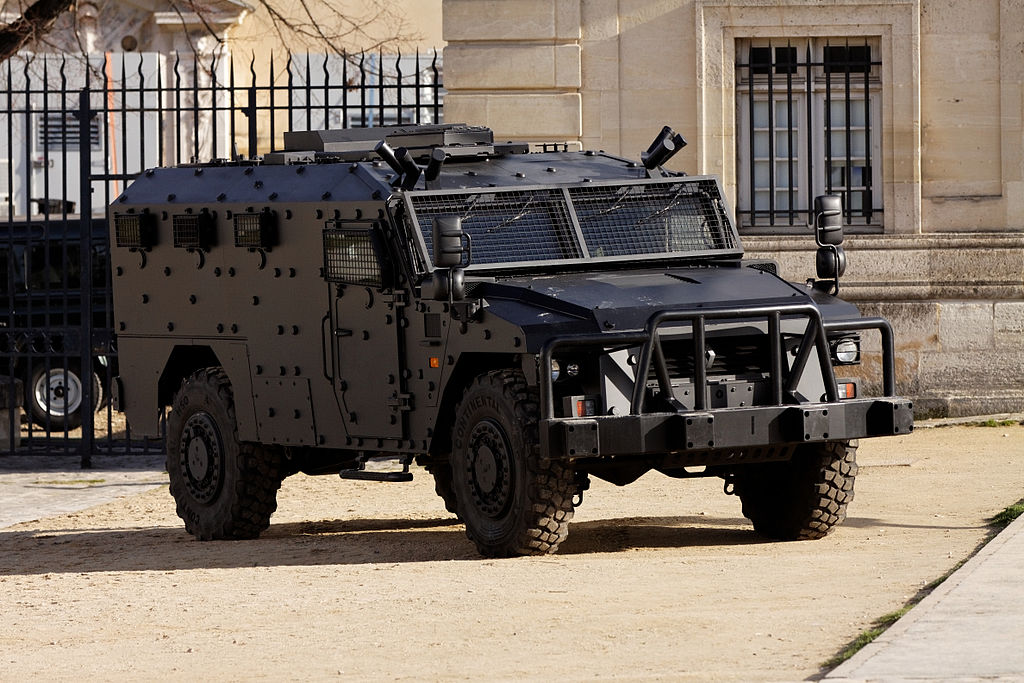 It has been actively engaged in various counter-insurgency and counter-terror operations in Kashmir, especially with its special quick-reaction teams (QRTs) established in the region.

In addition to the MPVs, teams also use the ‘Marksman’ light armored personnel carrier for quick deployments, which is developed by Mahindra.

The Mine-Protected Vehicles made by the Ordnance Factories Board of the Indian Government have had their fair share of criticism as well. A lot of these vehicles were lost to IEDs while combating Naxalites in Left-Wing Extremist areas in central India.

In 2011, an exasperated K Vijaykumar, then CRPF DG, described the MPVs as “coffin on wheels” — but he also acknowledged their effectiveness in moving troops and fending off ballistic ambushes.

Vijaykumar’s successor Pranay Sahay forbade the use of the vehicles; the next DG, Dilip Trivedi, ironically allowed their use only on roads that had already been cleared of mines.

Nevertheless, these vehicles have saved a lot of lives. Being good enough to withstand ambushes and low-yield IEDs, the MPVs seem to be the perfect choice for the forces operating in Kashmir against ISI-sponsored terrorists, which do not generally use a weapon bigger than an under-barrel grenade launcher (UBGL). However, the CRPF might now be looking for a better and longer-term solution.

The Sherpas are hailed like batmobiles among defense enthusiasts in India, due to their symbolic reference to the NSG. According to the reports, the vehicles are, as for now, on a trial basis with the forces in Kashmir.

On being asked about their operational deployment, the IG, CRPF, Kashmir Operation Sector Deepak Ratan denied any comment saying “It is an operational matter and can’t be discussed.”

The news agency’s sources in the paramilitary force confirmed the inductions, who said “It will soon be inducted for operational purpose. The vehicle is being tried in different terrains and will be inducted in the CRPF only after it meets the technical requirements.”

The report also claimed that a Sherpa was spotted in the streets of Srinagar on Friday.

The Sherpa Light Special Forces vehicle is a 4×4 all-terrain light attack vehicle (LTV) designed to serve the mission needs of the special forces units. It is one of the Sherpa Light family of 4×4 tactical and light armored vehicles designed and manufactured by French firm Renault Trucks Defense (RTD).

Sherpas have seen quite successful use worldwide, with exports to about 15 countries. It is made by Renault Trucks Defense, headquartered in France. While it was the subsidiary of the French multinational company Renault, it is owned by the Swedish Volvo Group since 2001.