The recent skirmishes between India and Pakistan has led to many civilian causalities on both sides of the Line-of-Control.  Recently, three civilians, including a woman and a child, were killed when the Pakistani Army pounded Indian positions along the LoC in the J&K’s Kupwara. 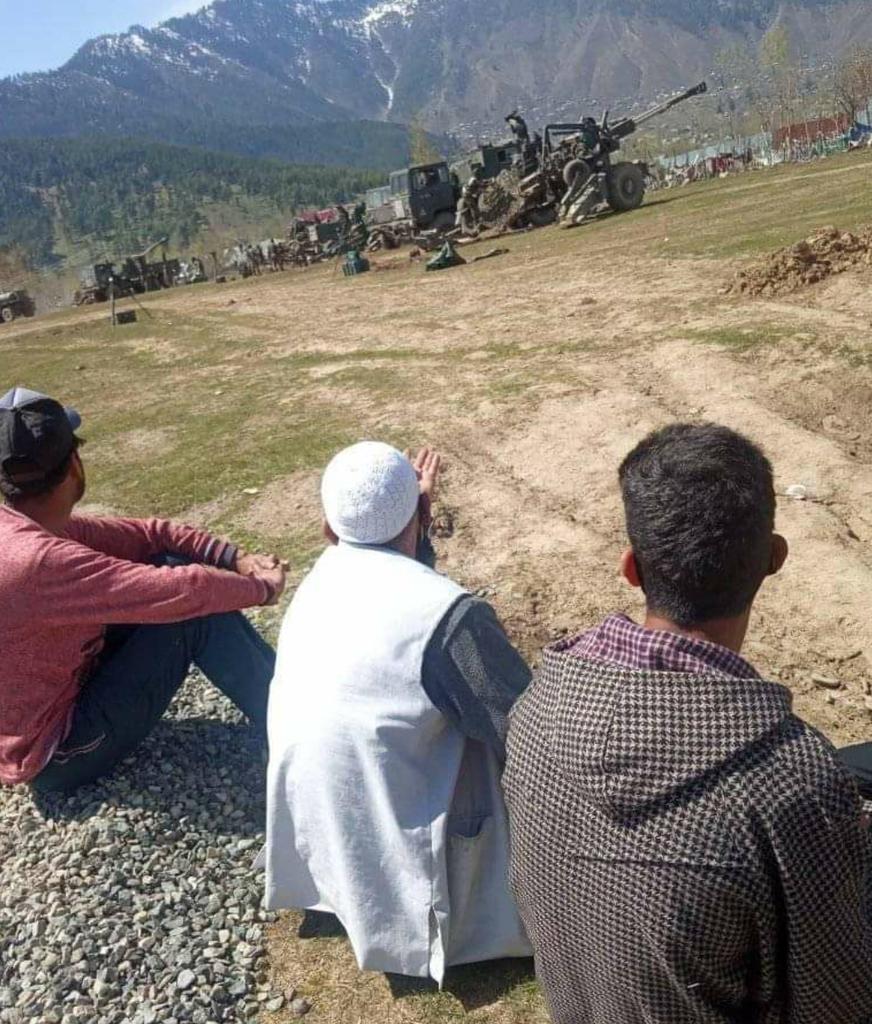 A statement earlier released by the Pakistani Army claimed that said the Indian army “initiated unprovoked ceasefire violations” along the LoC, “deliberately targeting the civilian population in Baroh, Dhudnial, Rakhchikri and Chirikot sectors”.

“Due to indiscriminate Indian fire of heavy weapons and mortars, a two-year-old minor Muhammad Haseeb in the Dhudnial sector embraced martyrdom,” it said, adding that four citizens, including a woman and a 72-year-old man, sustained serious injuries.

Kashmiris in Indian occupied Kashmir protesting against the Indian forces who moved artillery to civilian population areas in Kupwara distt near LOC and firing on Pakistani civilians in AJK from there. This is shameful act for any military to use civilian as shield pic.twitter.com/PaUOqSCi7N

Middle East Eye, a news website claims that the Indian army has been accused of committing war crimes after videos emerged of its army personnel firing at targets in Pakistan from civilian areas of Jammu and Kashmir.

The news site claims to have spoken to the residents of Panzgam in Kupwara who have apparently confirmed that the Indian Army entered the area with heavy artillery and began using the village as a base to launch attacks against Pakistani positions.

The villagers said that not only were they placed in the direct line of fire but the traumatizing sounds from artillery guns had ruined homes, terrorized children and turned the serene village into a war zone, claims the news report.

“We approached the Indian army but they are telling us to leave our houses. Where would we go?” Zaiba a resident of Panzgam, apparently told the site.

“On the one side, the Indian government is advising us to stay home and maintain social distancing,” Zaiba said, referring to a raft of measures imposed by New Delhi aimed at decreasing the spread of the coronavirus. “But when the army fires from these high range weapons, it shakes everything inside our house.”

Defense experts talking to the EurAsian Times have called it a fabricated report. So, how did this so-called news site, connect with villagers in the remote Panzgam village which has been cordoned off by the Indian forces and literally is in the midst of a war?

The site goes on to claim that villagers in Panzgam condemned the Indian army’s actions, saying they were more than 20km away from the Line of Control (LoC), and the decision had threatened nearby villages.

If India Is Following the Israel Model in Kashmir, Pakistan Must Follow The Iranian Model – Pak Writer

Khurram Parvez, from Jammu Kashmir Coalition of Civil Society, reportedly told the news site that the Indian Army’s use of artillery weapons in civilian areas was a “war crime”. “According to our information, they have placed 155 mm Bofors Guns [in the village]. This shows the army is hiding in civilian areas and turning the civilian population into human shields – this is a war crime.