The Emergency Management and Research Institute (EMRI) has been at the forefront of providing emergency medical care to millions of patients in India. The EMRI model has been so successful that it is not only implemented in most parts of the country but also adopted by neighbouring Sri Lanka. EurAsian Times brings you an article published by Forbes. 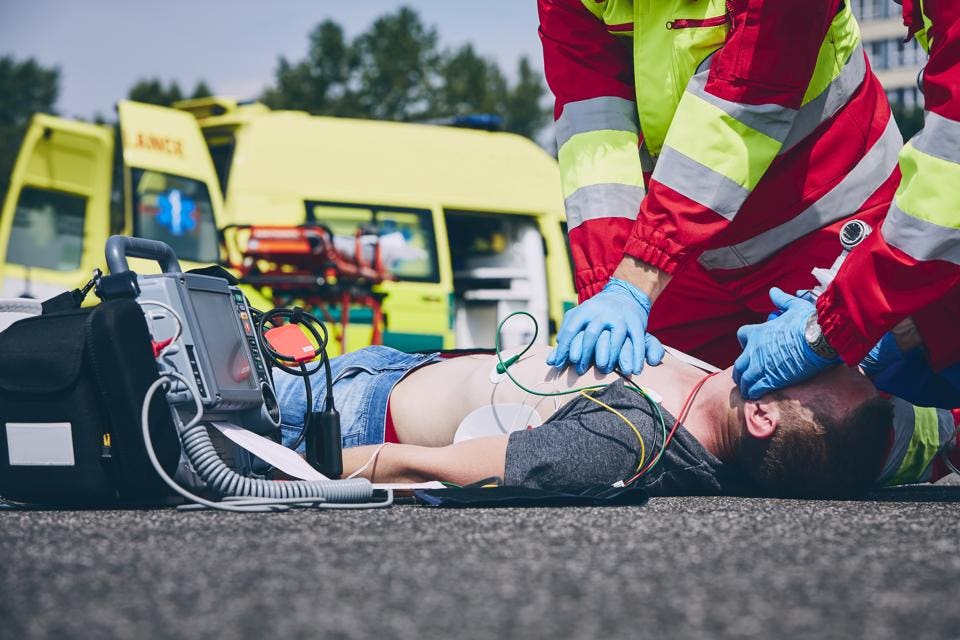 Minutes and even split-seconds can often mean the difference between life and death.  Knowing that India took on the uphill task of changing their fragmented and unreliable emergency response system into a groundbreaking system one that is now the largest and the most effective in the world.

In doing so, they provided a manual that every country should be emulating, including the United States—especially since a recent study published in the Journal of the American Medical Association found that Americans suffering from out-of-hospital cardiac arrest in low-income communities waited 10% longer for ambulances than those in high-income areas.

Today’s 911 model may have inspired the overhaul of India’s system, but the JAMA paper reveals just one of many problems with the delivery of urgent, prehospital care in the United States. The groundbreaking system developed in India offers a glimpse into how the United States may find more effective ways to deliver these vital services.

It took only 17 years for the world’s second-most populous nation – with its many, many millions of people living in extreme poverty – to build a world-class emergency medical response system. The country faced about 300,000 emergencies per day, 80% of which involved its poorest citizens. Often, patients received no care during transport, arrived at hospitals via tractors and bullock carts, and received medical treatment too late – that is, if private hospitals didn’t turn them away.

India’s citizens had to choose from among three emergency phone numbers to call. A 35- to 45-minute response time for traffic accidents was routine. Just 12% of institutions in the trauma care sector had access to ambulances, and about half of the ambulance services were able to keep victims alive during transport.

Formal emergency medical education was not available. A 2004 National Human Rights Commission report cited that 400,000 people in India – that’s 10% of all those who died in the country annually – did so because of injuries treated too late or not at all.

The first step was an evaluation of their current system.  A team of individuals assessed the emergency healthcare needs of individual citizens, examined available infrastructure and resources, and in doing so developed a unique understanding of what constitutes an emergency in India and the skills and resources needed to respond. Ultimately, the task force assigned to assess the situation found deficiencies in four major areas, each boiling down to access: to a single, universal toll-free number; to life-saving ambulances; to compassionate care; and to affordable services.

In 2001, an Indian foundation called Byrraju took the first steps towards repairing the system by launching an ambulance service that could harness India’s technology and data analytics with workforce education and efficient management thereby creating a public-private emergency medical response system tailored to India’s needs and conditions.

Using its knowledge of human resources, process management, administration and finance, the Byrraju team helped villages create development committees and community health centers that promote health, education and literacy, sanitation, and clean water. Once they developed a successful model, they replicated it throughout India.

Communities began to lead and fund their own health centers. In their first four years, village health centers saw 3.5 million patient visits, including those associated with a program to screen more than 100 thousand children for nutritional and physical wellbeing. These centers have become a training and employment ground for young people who otherwise would have moved to urban areas.

After just 12 years, the Emergency Management and Research Institute (EMRI), has deployed more than 10,000 ambulances and 45,000 skilled personnel to respond to 56.1 million emergencies, save 2.3 million lives, serve 18.9 million pregnant women, and assist in 480 thousand births.

They have done this through a centralized, call-in system that receives 150,000 calls and responds to nearly 25,000 emergencies each day. Users can call into a free, emergency 108 telephone number, which provides integrated medical, police, and fire emergency services.

A single call center can provide service for up to fifty million people at a cost of $0.25 USD per person per year. The service is free to the user and costs the provider less than $15 USD per emergency.  This is less than one percent of what an emergency call costs in the United States as the U.S. system is based on a fragmented structure that allows different entities to manage and own the emergency phone number, ambulances, medical education, and other aspects of emergency management.

This restructuring of their emergency medical responses systems has led India to embrace telemedicine, now accounting for about a third of the country’s primary care. India has built specialized and advanced ambulances – in some areas, boats – for specific medical emergencies.

EMRI’s Hyderabad campus hosts the Emergency Medicine Learning Center, the venue for the two-year post-graduate program, with Stanford University. Each citizen currently pays the equivalent of about 24 cents per year to support it.

EMRI engages in research and collaboration with India’s health ministry and academic experts from home and abroad. It also provides operational experience and the appropriate technological platforms. In turn, the government aids large-scale community awareness and political support. The police and fire department now accompany patients to the private medical centers that had previously turned away poor patients.

From the time an emergency is first reported until a patient is discharged from the hospital, there are “10 moments of truth,” explains EMRI’s CEO Venkat Changavalli. “These 10 moments of truth need to be handled with the greatest care to ensure a smooth experience for the patient and his family.”

The overall secret to India’s success lies in their utilization of ambulatory services, cutting-edge technology and outstanding corporate management.  It is a lesson in how technology is flattening the pyramid and of how health care does not have to cost a fortune.

For the United States, the JAMA study uncovers a moment of truth – an opportunity to draw inspiration from India’s integration, coordination, and best practices in its emergency response system to rebuild our own.