Indian and French Rafale fighter jets will be taking part in wargames codenamed ‘Exercise SKYROS’ in Jodhpur in the third week of January 2021. This would be India’s first major exercise involving the multi-role Rafale jets since the Ladakh clash with Chinese troops in June.

India had received five Rafale fighter jets — three single-seater and two twin-seater — in July despite the pandemic-induced lockdown in France. New Delhi had requested France to ensure timely delivery of the fighter jets in the backdrop of the border stand-off with China in Eastern Ladakh. 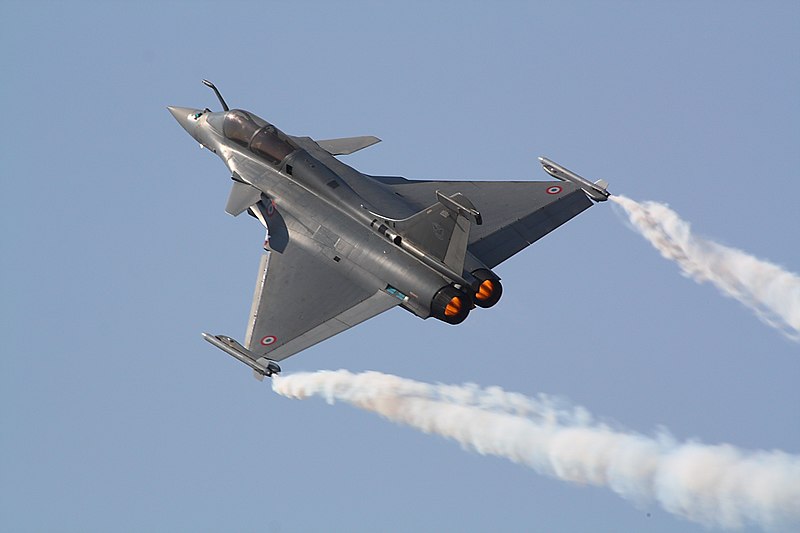 Government sources told news agency ANI that the French Air Force Rafale fighters would come to Jodhpur for the SKYROS games. They will be flying along Indian Rafales and the Su-30MKI fighters.

The SKYROS exercise is different from the routine Garuda series, which the two sides have been conducting for more than a decade. The last Garuda exercise was held in France in July 2019. The bilateral exercises are aimed “at enhancing the interoperability level of the French and Indian crews in air defense and ground attack missions”.

Ever since the border stand-off, France has lent its complete support to India against Chinese aggression in the Himalayas. Indian Air Force is likely to receive more Rafales in the coming months.

Acquired through a government-to-government deal in 2016 for $8.7 billion, the Indian Air Force will receive all 36 Rafale jets by 2022. Their multi-role capacities, including electronic warfare, air defense, ground support, and in-depth strikes are likely to give the IAF an edge over the Chinese PLA air force.

Previous articleIndia Warns Pakistan Of Cross-Border Strikes; Is It Time For The Indian Navy To Surprise Pakistan?
Next articleChina May Have Deployed 100 Aircraft In Ladakh, But India Can Deploy Three Times More Due To Its Advantage — IAF Veteran