Turkish Media reports that a Muslim man was attacked in the Indian state of Assam for allegedly selling beef, and was then forced to eat pork. 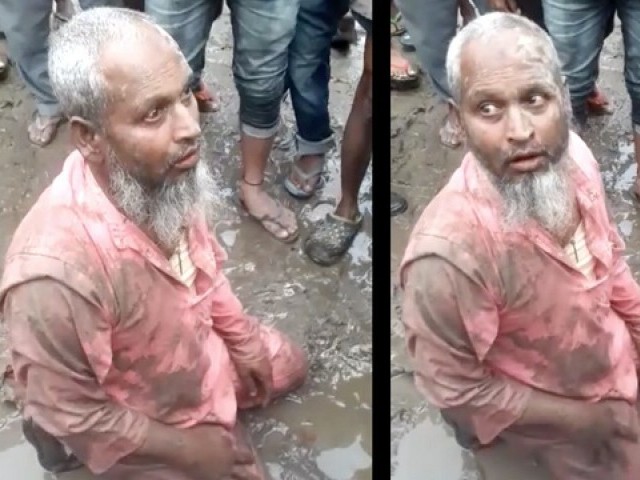 The attack on Shaukat Ali took place at a market in Biswanath district on Monday. In a video that surfaced on the internet, Ali was seen kneeling down, being attacked by a group of men and being questioned about his identity.

Beaten up for selling beef in Assam, India. pic.twitter.com/TpQGI3wc8r

Police said a complaint was registered in which the victim stated that he was assaulted, called a Bangladeshi and forced to eat pork.

Assam has a complex and somewhat ambiguous law on cattle slaughter. The Assam Cattle Preservation Act of 1950 allows the slaughter of cattle over 14 years of age or those incapable of work or for use in breeding.

The law stipulates that such cattle will be given a “fit-for-slaughter certificate” by a doctor of the state husbandry and animal welfare department. Unlike many other Indian states, the law in Assam does not distinguish between buffaloes and cows or bulls.

Previous article
Will India Finally Get ‘Predator Drones’ To Target Terror Camps Near India-Pakistan Border
Next article
Indian Couple Arrested in Germany For Spying on Kashmiri Community in EU: Reports