Indian Naval Base In Africa Next To China’s Djibouti Could Be Possible With Russian Partnership?

Russia has recently announced that it has entered a pact with Sudan to create a naval base. Moscow, which had vacated its North African bases following the collapse of the Soviet Union, is ramping up efforts to revive its presence in the area.

Currently, Russia only has the Cold War-era Tartus facility in Syria, and Sudan will be its second naval base in the Middle East and North Africa (MENA) region. According to the draft agreement, it is only providing for a logistics and repair base on the Red Sea.

The navy would be allowed to station up to 300 military staff there, which is enough to supply four warships — regular and nuclear-powered ones. Reports speculate that the focus is on nuclear-powered submarines rather than ships.

Indicating that the facility could one day be developed into a fully-fledged base, Admiral Viktor Kravchenko, the former chief of staff for the navy, told Interfax news agency that it is a tense region and a Russian naval presence is necessary there.

A Russian military journalist told DW Russia could conceivably also be after the extraction of raw materials in Sudan and the power to “cut off trade routes in case of conflict with the West”.

Apart from Russia, the United States, France, and China have naval bases in Djibouti on the Red Sea. While Russia is increasing its presence for its own geopolitical interest, India, which ramped up its efforts to strengthen its strategic significance in the Indian Ocean region, might see this as an opportunity to partner with Russia.

The navies of both India and Russia are currently conducting a passage exercise (PASSEX) in the Eastern Indian Ocean Region (IOR).

“The exercise is aimed at enhancing interoperability, improving understanding and imbibing best practices between both the friendly navies, and would involve advanced surface and anti-submarine warfare exercises, weapon firings, seamanship exercises, and helicopter operations,” said the Indian Navy in a statement. 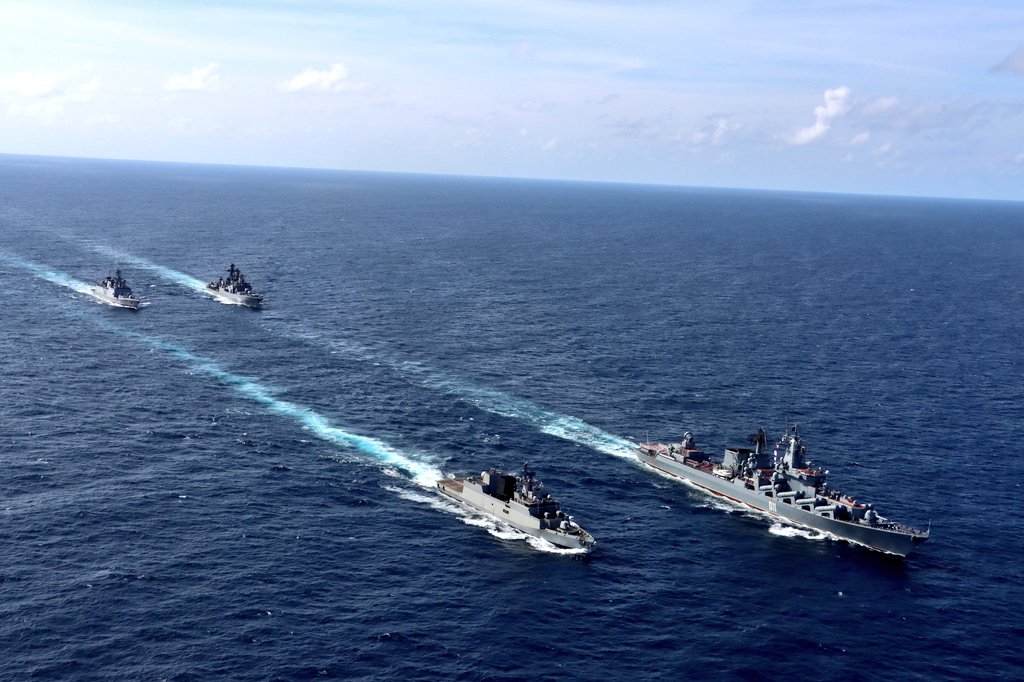 Russia and India maintain peaceful relations. Since Russia and China share close ties too, Moscow has avoided taking sides in the matter of a border stand-off in the Himalayas and has asked both sides to resolve the matter bilaterally.

China’s military base in Djibouti increases the prominence of not only Russia’s Sudan naval base for New Delhi, but also its ties with Seychelles.

Ever since the border stand-off, India has relentlessly moved towards reaffirming its neighborhood-first policy. Recently, India’s External Affairs Minister S Jaishankar met Seychelles President Wavel Ramkalawan, a development that is seen as an opportunity to achieve the Assumption Island objective.

India and Seychelles had signed an agreement in 2015 to jointly develop facilities on Assumption Island to be used by both countries. The project is extremely important for India to establish its foothold in the Indian Ocean Region (IOR) as China moves forward to expand its sphere of influence in the region with its Belt and Road Initiative.