In a remarkable counter-move which is now being uncovered, the Indian Navy had quietly deployed its warship in the South China Sea and Malacca Straits just after the Galwan valley clash, blocking PLA Navy’s misadventures and threatening to block the crucial straits of Malacca.

The deployment has been a major success for the Indian Government which had the desired effects of deterrence and equality while negotiating with the PRC via diplomatic channels.

“Soon after the Galwan clash broke out in which 20 of our soldiers were killed, the Indian Navy deployed one of its frontline warships to the South China Sea where the People’s Liberation Army’s Navy objects to the presence of any other force claiming the majority of the waters as part of its territory,” government sources told ANI.

The Indian Navy warship sailed just after the Galwan clashes while avoiding the public eye, which had the desired effect during the India-China diplomatic talks to ease tensions in Ladakh. 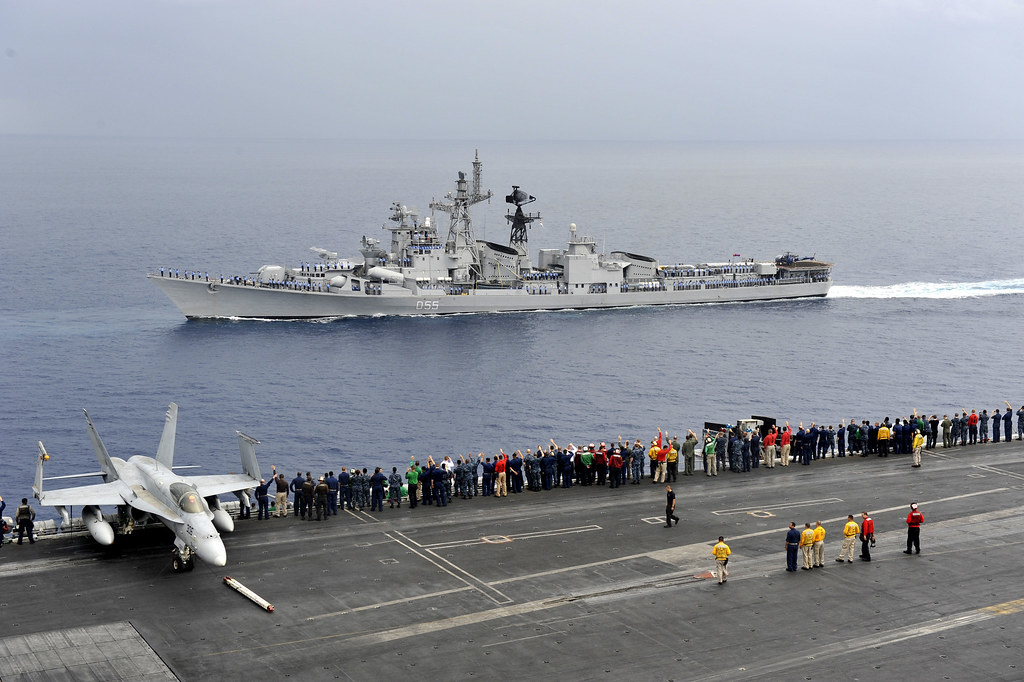 The Chinese have been objecting to the Indian Navy’s presence in the South China Sea since 2009, a region which remains hotly contested and where tensions have escalated to dangerous levels recently.

The Indian warship has also been constantly maintaining contact with its American counterparts over secure communication systems. The U.S. Navy plays a major role in maintaining peace in the region and has deployed its aircraft carriers and warships to deter the PLA Navy’s misadventures in the sea.

According to the reports, the Indian warship is being constantly updated about the status of the movement of military vessels of other countries there, they said adding that the entire mission was carried out in a very hush-hush manner to avoid any public glare on the Navy’s activities.

The same time, Indian Navy had also deployed its frontline warships around the Malacca Straits near the Andaman and Nicobar Islands, a route taken by Chinese vessels to enter the Indian Ocean – to effectively check the movement of Chinese warships, submarines or vessels trying to do any misadventure in the area or threaten India’s assets.

Although the deployment of Indian Navy warships in the South China Sea is not new, however, such sort of swift and additional deployment carried out in secrecy has shown the Chinese that the Indian Navy is a force to be reckoned with and shall command the ocean which bears its own name.

The Indian Navy has also deployed its MiG-29K fighter jets and P-8i Poseidon surveillance aircraft in Ladakh and has also been deploying its Marine Commandos in counter-insurgency missions in Kashmir, showing its omnipresence and importance in warfares India might be involved in future.

India, Japan, Australia, and the United States- also known as The QUAD, have been repeatedly engaging in joint drills and exercises in and around the China seas.