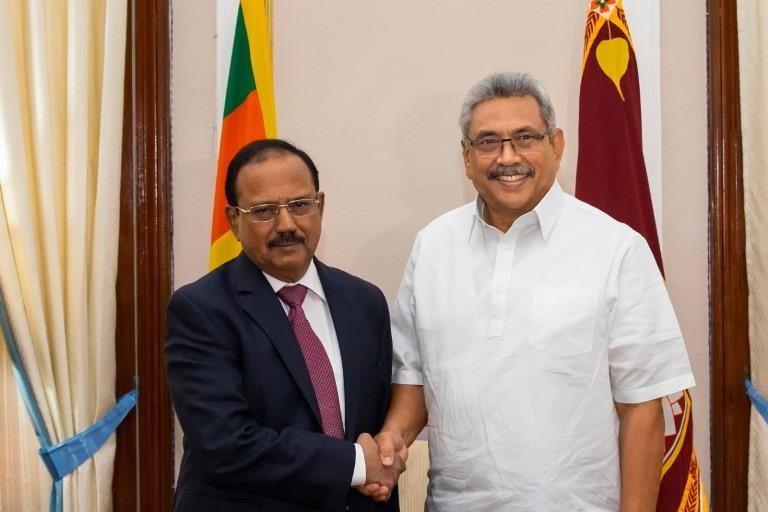 India and Sri Lanka agreed to further bolster cooperation to ensure maritime security in the Indian Ocean and sharing of intelligence inputs.

President Rajapaksa tweeted that strengthening of bilateral cooperation on national security, intelligence sharing, maritime security and fostering of regional cooperation were some of the key points of discussion.

Doval said this, among other things, when he met President Gotabaya Rajapaksa here on Saturday. There were two meetings, the first one was one to one, and the other was in the presence of officials from both sides. The meetings were followed by a working lunch.

The Presidential Media Division said in a press release that in the cordial discussions, both countries expressed an interest in stepping up military to military corporation, maritime security and close co-operation and inter-operability between their Coast Guards.

Doval brought up the need for the interoperability of the two Coast Guards in order to check smuggling, drug-trafficking, gun-running by Non-State Actors and illegal fishing.

It is not known as to what other matters were discussed in the one on one meeting between the Lankan President and the Indian NSA. But in the presence of other officials, Indian fishermen’s intrusions and poaching in North Sri Lanka; Islamic terrorism and the deal to give the Eastern Container Terminal construction work to a consortium including India and Japan, were not discussed, reliable sources said.

In a first, the French Air and Space Army has undertaken the first operational sortie of a Rafale jet equipped with Meteor missiles, as...
Read more
Load more