India’s first Venus mission, Shukrayaan, has been delayed by a year because of the Covid-19 pandemic. Earlier, in September, NASA administrator Jim Bridenstine had said it’s time to prioritize Venus, one of our closest planetary neighbors.

His remark came following the detection of phosphine — a colorless, flammable gas — on the clouds of Venus, which is a possible sign of life on the planet.

India’s first Venus mission, Shukrayaan, has been postponed by a year because of the Covid-19 pandemic. In 2017, the Indian Space Research Organisation (ISRO) had announced that Shukrayaan 1 was scheduled for launch by 2023, but subsequent media reports reveal that the same has been deferred till 2024.

According to Space News, an ISRO research scientist apprised a NASA-chartered planetary science planning committee last month about the detailed status of the mission. 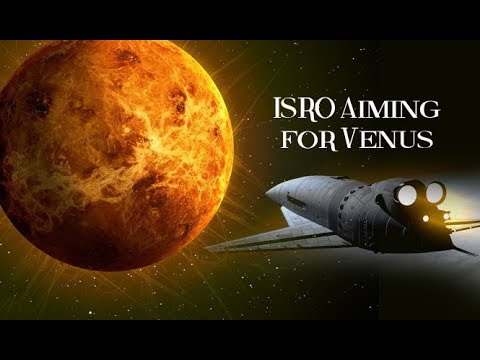 Although a launch vehicle is yet to be decided, the mission is currently slated to be carried by India’s GSLV Mk II rocket. There is a possibility of the use of the more powerful GSLV Mk III rocket, which would allow Shukrayaan to carry more instruments or fuel, Antonio told the panel.

The final decision will be made in the next three to six months once the list of instruments is finalized. The orbiter weighs about 2,500 kilograms and will carry a science payload consisting of synthetic aperture radar (SAR) among other instruments.

The flagship instrument, SAR, would examine the Venusian surface. The primary science objectives of the mission are to map Venus’ surface and subsurface while studying the planet’s atmospheric chemistry and interaction with the solar wind.

The spacecraft will carry several instruments to probe the Venusian environment but so far 20 space-based experiment proposals have been shortlisted.

“These 20 payload (scientific instruments) proposals, including collaborative contributions from Russia, France, Sweden, and Germany, are currently under review”, the ISRO official told The Economic Times.

A Swedish-Indian collaboration known as the Venusian Neutrals Analyzer is another instrument that will examine how charged particles from the sun interact with the atmosphere of Venus. About 100 kg of Shukrayaan’s 2.5-ton mass is set aside for scientific instruments.

Antonita revealed that Shukrayaaan’s SAR payload will have up to four times the resolution of NASA’s Magellan orbiter, a Venus mapper launched in 1989. Magellan was the first spacecraft to image the entire surface of Venus through its radar-mapping orbiter, before burning up completely after spending just 10 hours in the Venusian atmosphere.

The discovery of life on the planet has again ignited curiosity among astronomers, but the exploration missions to Venus first began in 1961 with the Soviet space programs, followed by NASA. NASA’s Mariner 2 was the first spacecraft to achieve a fly-by and scan Venus in December 1962. The Soviets’ Venera 4 was the first spacecraft to explore the atmosphere of the planet in 1964.

More than 40 spacecraft have explored this cloud-covered world, comparatively at a lesser frequency in recent years. The most recent orbiter mission was the European Space Agency’s Venus Express (2005), and the Japanese space agency JAXA’s Akatsuki mission in 2010.

For the future, NASA has selected two Venus missions for further consideration for launch opportunities in 2025 and 2028. The European Space Agency is considering a Venus orbiter mission called EnVision to be launched by the 2030s. Russia’s Venus orbiter and lander mission concept called Venera-D would launch no earlier than 2023.

Previous articlePakistan Hits Out At India For War-Mongering Even During Covid-19 Pandemic
Next articleDid Russian Missiles ‘Hit’ F-35 ‘Stealth’ Fighter Jet Operated By The Israeli Air Force Over Syria?