An Indonesian female scientist has reportedly been eaten alive by a crocodile after she fed it at the laboratory. Deasy Tuwo, 44, is believed to be hauled into the enclosure by the 17ft-long crocodile when she was tossing the meat into the pool during feeding time. 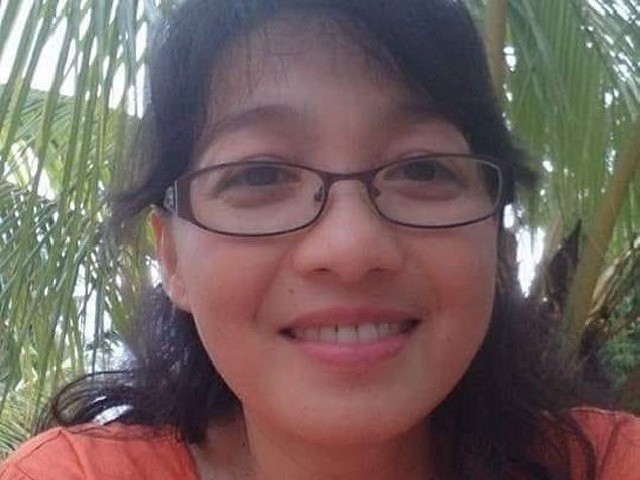 Merry, a 17ft long crocodile, is thought to have stood on its hind legs and jumped up and grabbed her. PHOTO COURTESY: DAILY MAIL

The crocodile, called Merry, was later discovered with Tuwo’s remains in its jaws at the research facility in North Sulawesi, Indonesia, according to Daily Mail.

The reptile, who is fed fresh chicken meat every day, is known to attack other crocodiles in the past, but facility workers had no fear if it may attack humans.

Rescue workers struggled to recover Tuwo’s body from the crocodile, which brutally tossed around every time they tried to fish the remains from the water.

Merry was later on captured and taken for medical tests to confirm that it had eaten Tuwo.

Friends describe Tuwo, the lead scientist at the laboratory, as a ‘quiet person’ who loved animals. 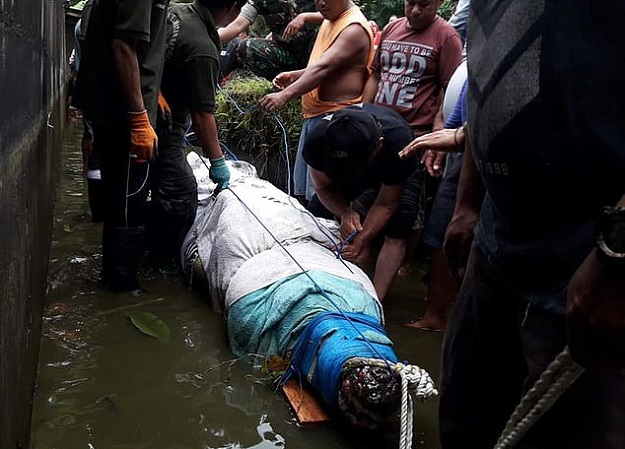 Rescue workers are seen having captured Merry the crocodile to send it off to have its stomach inspected. PHOTO COURTESY: DAILY MAIL

According to police, they were trying to trace the owner of the crocodile after the incident. He is believed to be a Japanese businessman who opened the research facility.

Raswin Sirait, Tomohon police chief, said: “We are still looking for the owner of the crocodile, besides that we have coordinated with the authorities in the area. I believe the owner must acknowledge this horrible incident. But we have neither seen him nor know where he is.”

“We also need to know if he is legally permitted to own crocodiles and other expensive aquatics in his company. If there is no permit, he will be detained.’ he also said.