The International Criminal Police Organization (Interpol) has once again rejected India’s request to issue a Red Corner Notice against controversial Islamic preacher – Zakir Naik and instructed all of its offices to delete files and information on him. 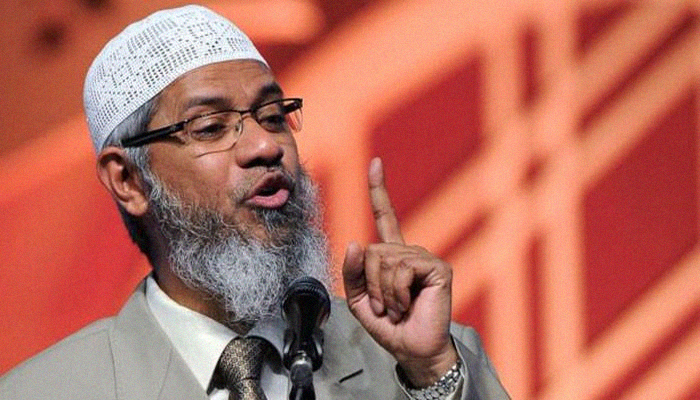 The Interpol told New Delhi it had decided not to issue the notice due to lack of evidence and any proof of wrongdoing, said a spokesperson for Naik, who fled India a few years ago.

The decision comes as a setback to the Indian government, which has been persistently trying to get the international police to issue a Red Corner Notice against the provocative preacher, who has been accused of preaching radical Islam — a claim Naik rejects.

This is Delhi’s third attempt — the first being back in mid-2017 — to convince the Interpol of criminal charges against Naik. India had multiple meetings and presentations with the Interpol team over the past year, a source claimed.

In a letter addressed to the controversial Islamic preacher, the Interpol’s Commission Secretariat said: “After a thorough examination of the elements before it, the Commission found that the data (read “charges”) challenged raised questions as to compliance with applicable rules”.

The statement implies that the charges and allegations against Naik were vague and unsubstantiated and the Indian authorities failed to follow due process for Interpol’s rules of charges and submission of proof.

The session was listening to the Indian government’s charges — made via the National Central Bureau (NCB) in India — against Naik of “promoting enmity between two different religious groups on grounds of religion and doing acts prejudicial to the maintenance of harmony, being a member of unlawful Association etc.”

The Indian government, through the Ministry of Home Affairs (MHA), had banned Zakir Naik and his organisation — the Islamic Research Foundation (IRF) — in November 2016, following which all IRF operations were halted and its staff relieved of their duties. Since the 2016 ban, India has accused Naik of terrorism and money-laundering. The Islamic preacher denies both charges and says the accusations were politically motivated.